Naming your new pet is both a fun and important order of business for you to carry out.

Names define individuality as well as convey meaning - some deeper than others.

Naturally, when you have a Japanese dog breed like a  Shiba Inu or Akita, you are going to want to tap into the ancient history of the breed and use those Japanese roots for an inspired name.

This will allow for your Shibe’s Japanese personality to shine through.

Or maybe you'd like a Japanese pet name because you have roots in Japan and / or just a fan of the Japanese culture. 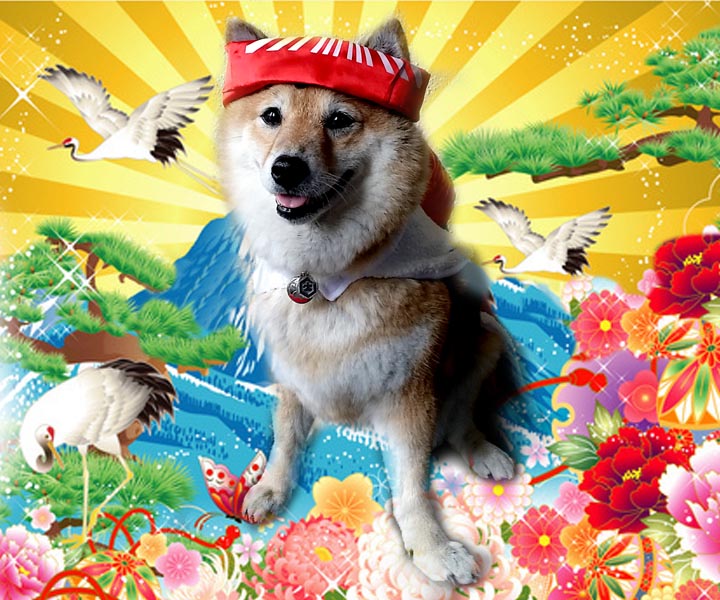 Whatever reason you may have - it's the worth the effort to research a name before deciding.

But how will you know how to choose a foreign name that isn’t of poor quality, stereotypical, or insensitive?

Well, we at My First Shiba have some experience with picking fitting Japanese names for our furry friends, so we have decided to write up a naming guide with tips for selecting quality and unique names for your Shiba Inu.

Where Do Dog Names Typically Come From?

A lot of people get their naming inspiration from their favorite things, whether that is books, movies, food, places, and people. Some examples include:

With the multitude of possibilities, it's easy to find a name that seems cool - but isn't.

You might end up choosing something extremely common or culturally insensitive without even knowing it.

Now, you might be thinking, “Why does it matter if I chose a "culturally correct Japanese name for my dog? It’s my dog! Who cares what others think?"

You might not know anyone who speaks Japanese or is ethnically Japanese, but that doesn’t mean the name you choose won’t have a negative impact.

Unless, you really DO want to look like a terrible human being.

Japanese Pet Names You Should Never EVER Use

Here are a list of names that will make other people face palm, because they sound like slurs or are racially charged. In other words, you should avoid these at all costs.

Some of these names probably look and sound REALLY good to you right?

So, why are these no-no names?

Okay, here’s the problem. First of all, you’re probably not pronouncing any of these correctly, minus the Pokémon names.

Second, names like “Sumo,” “Samurai,” and “Suki,” show class A-level ignorance. It shows you know nothing,  Jon Snow, about Japan.

It also shows that you chose the first thing that comes to mind when you think of the country.

This kind of association is childish.

Similarly, names that are affiliated with times of unrest, such as Meiji, Tojo, Kamikaze, and Banzai should be avoided. These words are emotional for the Japanese.

The same goes for Hiroshima and Nagasaki. You wouldn’t name your German Shepherd "9-11" would you? Don’t do the same thing to your pooch.

Lastly, you know those people that name their cats the derogatory term for female genitalia thinking it’s funny? Well, it’s not; and neither is naming your dog the Japanese word for “stupid,” “butt-hole,” “poo,” or what have you.

Avoid anything like “Baka,” “Aho,” or anatomical names at all costs.

Yes, I’m looking at you DBZ fans who think “Chichi” is cute. 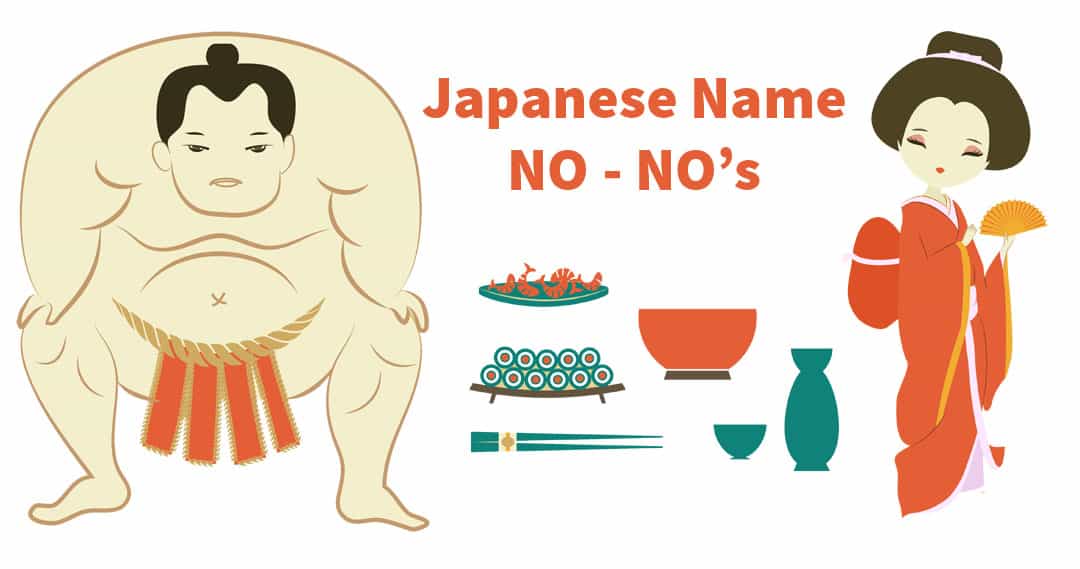 Japanese Pet Names To Use With Caution

With the most horrible options out of the way, let’s turn our attention to names that you should consider with a few conditions.

These are names that contain sounds that are difficult for native English speakers to accomplish and thus should be avoided if you have any chance of saying them incorrectly.

Again, you wouldn’t want someone pronouncing your name wrong, right?

Consider this as another show of respect for Japanese culture. Names with sounds like are generally difficult to pronounce and thus shouldn’t be used:

Even if you can say Japanese words perfectly, words with difficult word pairings can still cause problems.

Say, for instance, you name your dog “Tsubaki.”

Tsubaki gets injured and needs to go to the vet.

While staying overnight, the veterinarian calls them repeatably by the wrong name, causing distress for both the dog and the vet.

Not the ideal situation, right?

How is the vet or the dog walker or doggie daycare staff supposed to watch over little Ryosuke or Tsubaki if they can’t say the dog’s name?

As you can see, what might seem like a genius name to you can cause problems down the line. 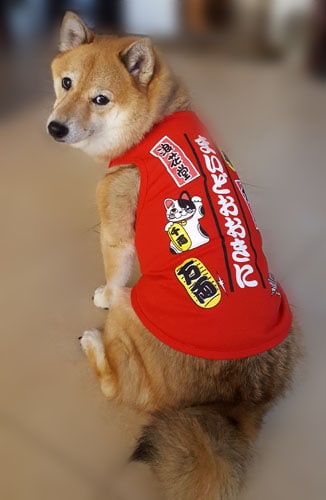 How To Choose The Best Japanese Name For Your Dog

Selecting the best name for your furry companion takes some thought.

Here are some tips for everyone who is selecting a name for their dog, whether it is a Japanese name for your Shibe or another name for another breed.

These tips even apply to meow, cats - or other pets.

Names should be simple and easy to say. Avoid complex names like Mochizuki Marunosuke Sama.

You still have to call that name to issue commands.

Look at show dogs, for example. Usually, they have long complicated names for the show and then a simple name for everyday life.

That’s why the name Tobi is much better than Sarutobi. 2 Syllables

As you might have seen in the example above, “Tobi” is a 2-syllable name.

The reason you select a 2 or 3 syllable name is to make the distinction between command words like sit, stay, and come, which are all 1 syllable and the dog’s name.

Names should always be used in a positive nature, because that is going to change your tone of voice when you say it—and your dog will pick up on that.

If you name your dog after something that you dislike or are terrified of, your words will be much more negative…and that won’t make your pupper very happy.

That’s why at the beginning poor names were mentioned first.

Don’t name your dog something that carries a negative connotation for anyone that they would actively interact with. 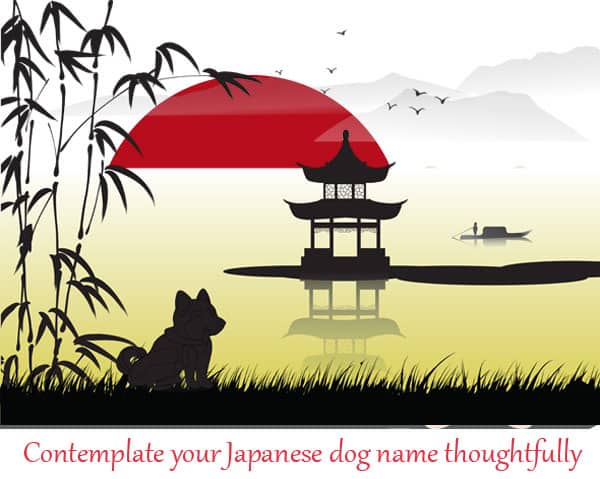 The Best Japanese Names For Your Shiba Inu

So, we have gone through the absolute no-no names, the names to be used with caution, and other considerations for selecting names.

Now, it is time to introduce the best names for your new Shiba Inu that have Japanese influence or come straight from the Land of the Rising Sun.

You'll notice that we only included names that are 2-4 syllables and easy to pronounce.

The M/F next to the names shows if it is a male, female, or, if both are present, a unisex name.

Are there other names that could be used from your favorite anime or video games?

Of course! Names like Sora, Riku, and Renji are common, but it is your duty as a fan and pet owner to choose a name that you are not going to butcher or appropriate.

And if you decided that maybe your pooch is better off being named Abby, well, that’s just dandy, too!

Hopefully, this list will help you with picking a wonderful Japanese name for your dog that just fits!