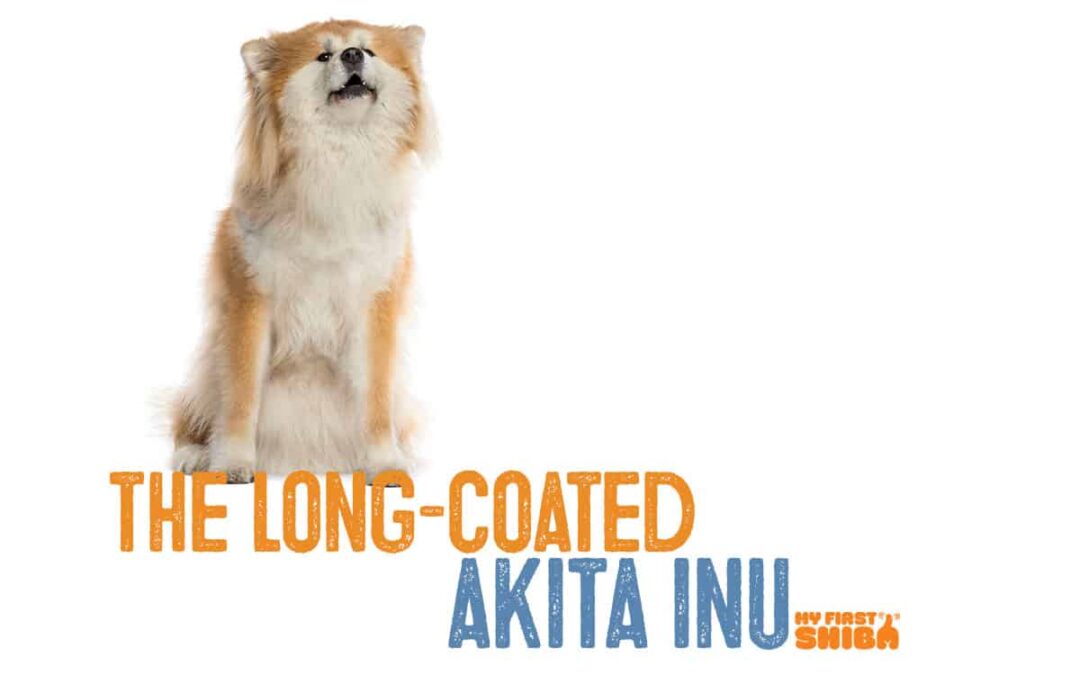 Large, fluffy, and impressive, the Long-coated Akita Inu is a sight to behold.

Often described as huge teddy bears waiting to be squeezed, the long-coated Akita is instantly loved by those lucky enough to catch a glimpse of one - which is not often due to their rarity.

Long-coated Akitas are not very common so getting a chance to see one in person is quite a treat.

However, it’s important to note that cute and cuddly appearances do not warrant unsolicited petting - especially from younger children.

Long-coated Akita are still full blooded Akitas that can be aloof and wary of strangers. 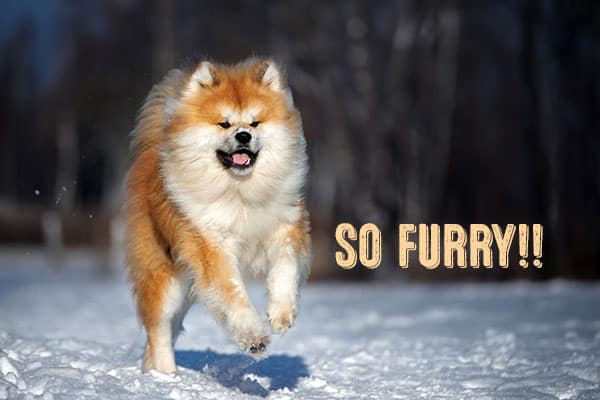 What Is a Long-coated Akita Inu?

Just as in long-haired Shiba Inus, long haired Akitas are the result of a recessive long coat gene on the L-locus. 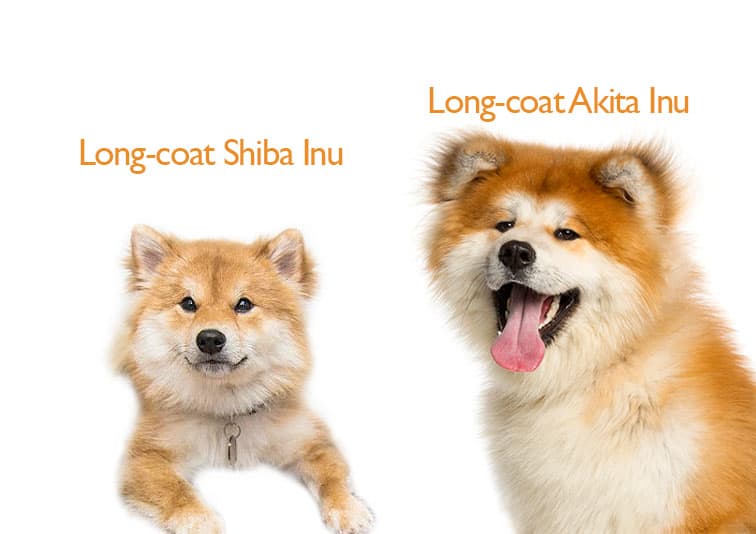 This gene is said to have come from the Karafuto Ken, or Sakhalin Husky as a result of Japanese Akita Inu breeders outcrossing to produce a more insulated coat for their Akitas.

The Sakhalin Husky, originating from Russia has a dense undercoat that Akita Inu breeders felt would help their Akitas endure the harsh winters in the Northern Japan prefectures.

Unfortunately, the Sakhalin Husky is now very rare and almost at the brink of extinction.

However, when long-coated Akitas appear, one can still pay tribute to the contributions of the Karafuto Ken to the Akita Inu bloodline. 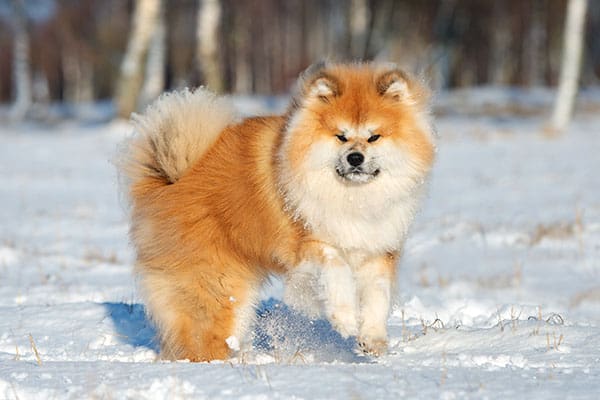 Additionally, the coats of long coated Akitas are softer and silkier in texture due to longer guard hairs and a denser undercoat.

Akita breeders have noted that long coat Akita Inus are slightly bigger boned and to some - "appear" to be a bit friendlier and less dog-aggressive  than their normal coated counterparts.

Other than these differences, long-coated Akitas are still 100% Akita Inus and require owners that understand the nature of this independent and strong-willed breed.

Can Long-Coated Akitas Be Shown ?

Long-coated Akitas are rarely ever shown in the show ring because the long coats are considered a serious fault.

Thankfully, attitudes about long-haired Akitas have relaxed a bit and Japanese Akita breed organizations are beginning to recognize long-coated Akitas in a better light.

Yet they do not want intentional breeding to produce long-haired Akitas to occur.

Instead, they are likely amenable to the fact that when managed properly,  the long-coated Akita Inu can help to increase the overall diversity of the current Akita Inu gene pool 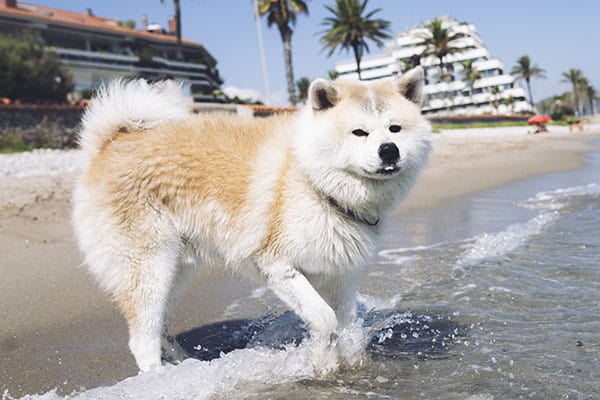 How Common Are Long-Coated Akitas?

Because long coated Akita Inus are caused by a recessive gene, an occasional long coat Akita Inu will pop up in litters - especially when the breeder does not perform genetic testing to test for the long haired allele.

Since the long hair gene is recessive, two copies of the gene (l) must be present for the long hair to be expressed in offspring.

This means that both Akita parents would need to be the carrier of at least one (l) gene.

Thus there’d be a 25% of having a long-haired puppy when two normal-coated Akitas that carry one (l) long-haired recessive gene reproduce.

Because the long-coated Akita does not conform to preferred breed standards, most breeders would never purposely breed in the hopes of producing a long-haired Akita.

Instead, responsible breeders will use genetic testing to their advantage and breed in a manner that best preserves the breeder.

And of course will occasionally breed Akitas that carry the recessive (l) gene in order to carry on a favorable bloodline. 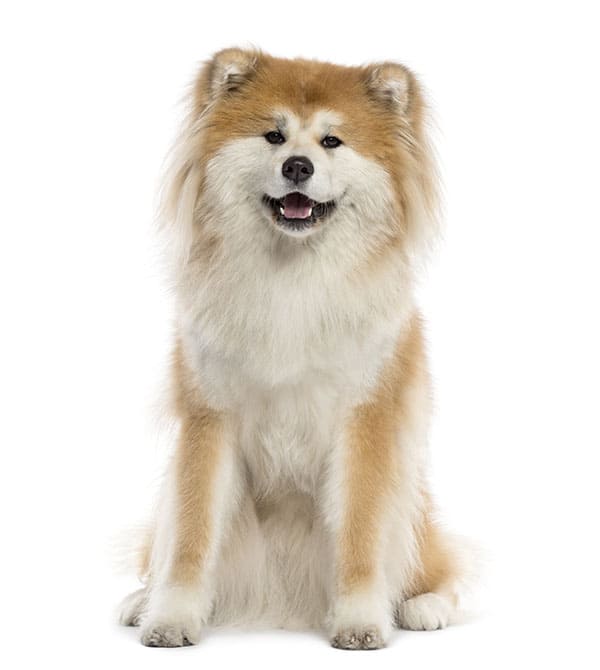 How To Care For a Long-coated Akitas Coat

Long coat Akitas require more grooming than standard coated Akitas. Their long hair can get tangled and matted so frequent brushing is necessary.

The best type of brush to use for their long hair is large slicker brushes and / or long toothed pin brushes and combs.

It’s best to avoid undercoat removers like the Furminators because of the risk of pulling out the long outer coat.

Additionally, more baths may be necessary for longer coated Akitas due to the fact their long coats can be magnets for dirt, debris, and other stuff that you wouldn’t want to leave in their beautiful coats.

During shedding time, extra attention to grooming and a good vacuum should keep things manageable around the home.

If you save your Shibas or Akitas undercoat, you can eventually collect enough to have it fashioned into yarn!

Companies will take all of  the undercoat, clean it, and turn it into yarn that if you have or know someone with knitting skills - can turn into a beautiful throw. 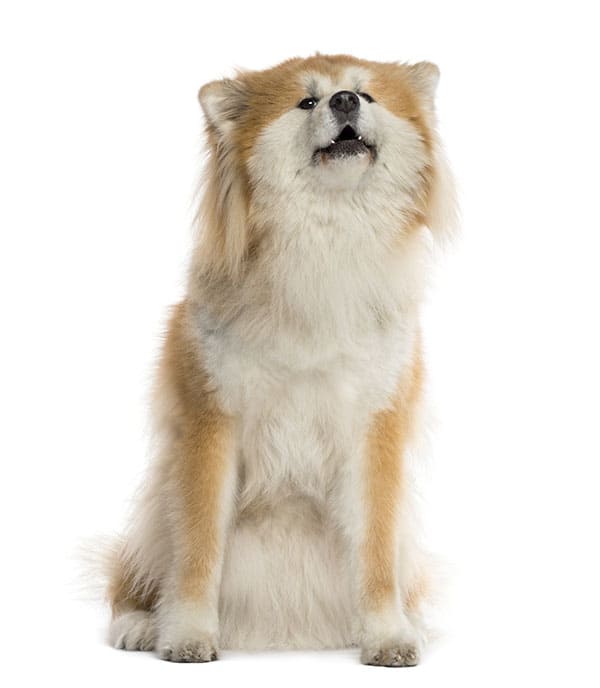 Can I Tell If My Akita Puppy Will Be Long Haired?

It can be difficult to tell if a Akita Inu puppy will be long haired if the puppy is too young as all Akita puppies usually appear to be chubby fluff balls or fur.

However, experienced Akita breeders should be able to tell if a puppy will be long haired by 8 - 10 weeks of age.

Also, Akita breeders that perform genetic testing on Akita parents should know whether their offspring will have long coated Akita puppies or not.

Most reputable dog breeders have solid puppy contracts that state provisions about when puppies can be returned due to unexpected coats, etc.

The realm of canine genetics, however complicated, is fascinating to learn about.

The history of the long-coated Akita paints a story of a dog purposely developed to acclimate to their harsh environments.

The results of those out crossings can still be appreciated today whenever we get a chance to witness a long-haired Akita Inu or long-haired Shiba Inu, (the Akita’s “cousins”).

And as we learn more about canine genetics, we can understand that certain recessive anomalies should not be stigmatized or be a source of shame for breeders.

Instead they should be appreciated for playing an important role in maintaining genetic diversity in a currently closed gene pool.

Educated breeders understand that their occasional long-haired offspring have just as much or even more to offer than their normal coated siblings.

Due to their milder temperaments, long-haired Akitas have been used as therapy dogs as well as cancer detection dogs with great success.

And of course, are loving companions to families with homes big enough to cater to this large, fluffy teddy bear.