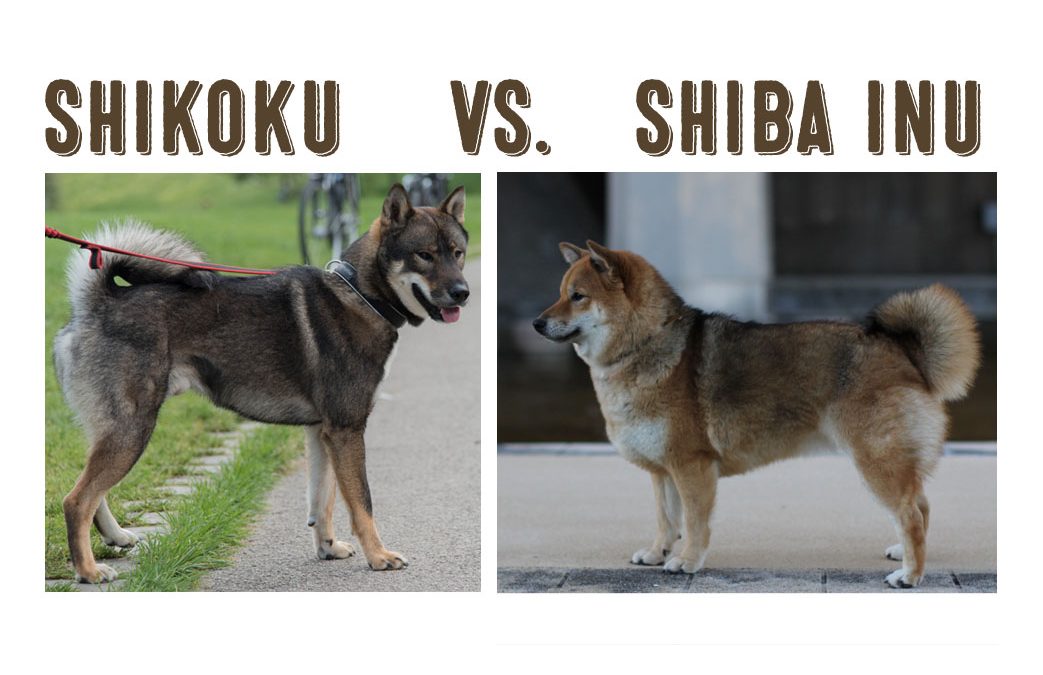 Both the Shiba Inu and Shikoku are native Japan dog breeds (Nihon-Ken) that have been declared living national monuments by the Japanese government.

These two dog breeds look very similar to each other with many assuming that the Shikoku is simply a "bigger" Shiba Inu.

However while these two breeds share the same physical features, their personalities and temperament are very different.

Both the Shikoku and Shiba Inu were bred to be small / large game hunters in the mountainous regions of Japan. However, hunters stopped using Shiba Inus as hunting dogs hundreds to almost a thousand years ago. Instead they were used as companion dogs and eventually became the national dog of Japan.

Hunters continued to use the Shikoku as hunting dogs and even today, there are some Shikokus actively used for hunting. Many Shikoku breeders occasionally set their Shikokus out on wild boars to keep the hunting instinct in them strong.

So while the Shiba Inu began getting used the creature comforts of being a companion animal, the Shikoku continued to develop their hunting skills and adaptability in the wild. This one fact alone will explain many of the differences of these two Nihon Ken.

Shikoku Vs Shiba Inu - Differences in Personality and Temperament

Many are familiar with the Shiba Inus aloof, independent, and sometimes anti-social personality. Basically a dog with some attitude issues.

Interestingly, the Shikoku is a much more friendly, sociable and eager to please type of dog. They still are independent dogs though, especially when it comes to obedience training. Shikokus also are sensitive to harsh reprimands so only positive training methods should be used. 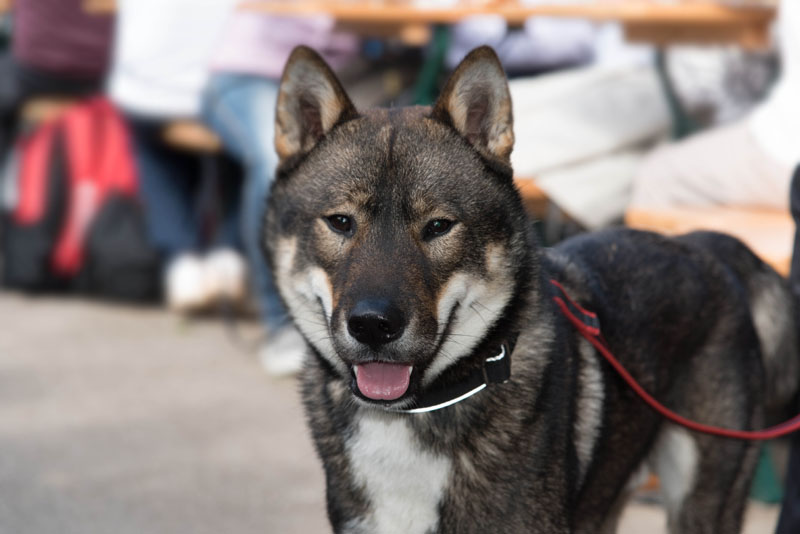 For this reason, Shikokus do not do well on leashes or behind fences. They have a strong desire to establish social bonds by coming into contact with other dogs or humans. Having them leashed or behind a fence will greatly frustrate them.

In terms of aggression, Shiba Inus are more territorial and confrontational than Shikokus. Usually though, the confrontation is purely vocal.

The Shikokus, being wilder, have a better respect and understanding for social hierarchy. They tend to respect the more dominant dogs in the pack and do not willingly go looking for trouble - except in cases when they want something from another dog.

​While the Shiba Inu retired from active hunting many hundreds of years ago - the Shikoku has continued to be a working / hunting dog. For this reason, Shikokus do enjoy chasing small animals, leaves, and basically anything that captures their attention. Shiba Inus also are attracted by small prey, but nearly as much as Shikokus.

That being said, a Shikoku can go from playful to attack mode if sufficiently provoked. Once in fight mode, Shikokus do fight to hurt and things can get ugly pretty quickly. Shiba Inus are less willing fighters likely due to the fact that they themselves do not like to get hurt. Shiba Inu fights are therefore generally shorter and less vicious.

For​ more information on life with a Shikoku, click here.

The Japanese describe the natural state of a Shiba Inu to be composed, refined, gentle, and having great mental and emotional fortitude. So in general, Shiba Inus should be calm and not over-reactive.

​The Shikoku IS a very reactive dog with tons of energy and stamina - likely due to the fact that they are still used as hunting dogs. Little things like a loud noise or even a stare from another dog can set a Shikoku into high gear. Early socialization and training can help reduce this reactivity.

Unlike a Shiba Inu, a Shikoku will not make a good apartment dog. They need a lot of exercise and challenges in order for them to be content dogs.

The Shikoku and Shiba Inu are very similar in appearance - the main difference being size.

While the maximum size for a Shiba Inu is about 25 pounds and 17" tall - the Shikoku can weight up to 55 pounds and have a height of 22".

In terms of body shape, the Shikoku has a slightly leaner and longer physique than the Shiba Inu. The muzzle of the Shikoku is also slightly longer. Shikoku dogs exhibit many similarities to their primitive predecessors such as the ancient Jomon Dog.

Both Shikokus and Shiba Inus have curled or sickle tails.

Shikoku Vs Shiba Inu - Which Dog is Smarter?

The Shikoku and Shiba Inu are very intelligent dogs - with the Shikoku being more "street smart" (or in dog terms, "wild smart"), and the Shiba Inu being more adaptive to human cohabitation.

The Shikoku has continuously been a working / hunting dog for many centuries. Thus they are well-adapted to thriving in a wild environment with minimal dependence on a human.

The Shiba Inu, on the other hand, is not well adapted to wild elements and instead - very adapted to being pampered by their human family. They know exactly how to use their cute expressions to get whatever they want.

They are well-versed at communicating their feelings of happiness (smiley face / airplane ears) as well as displeasure (﻿﻿Shiba scream) to their human masters.

In an article by Nihon-Ken breeders of Yamabushi Kennels in New Mexico they describe the Shikoku as the more "rugged" dog breed of the two. For example, in the event of a downpour, their Shikokus will instantly seek shelter from the rain - while the Shibas will wait outside the door, in the rain, until their humans let them in.

In a way, one could describe the Shikoku as the "country dog", and the Shiba Inu, the "city dog".

Do Shikokus and Shiba Inus Get Along With Each Other?

Shiba Inus are more territorial, introverted, and have less energy than the rambunctious Shikoku.

The Shikoku is a social dog that tends to push the limits into other dog's personal boundaries.

Where Can I Find a Shikoku Dog?

The Shikoku dog breed is a rare dog breed and very hard to find outside of Japan. Even in Japan, there are only around 5,000 - 7,000 registered Shikokus - with an average of 200-300 registrations per year.

There are a handful of Shikoku breeders located in North America but these breeders will likely only sell their puppies to very serious Shikoku enthusiasts. Additionally, due it's rarity, the cost of these puppies will likely to be very high.

Hopefully this article has given you a better understanding of these two fascinating Nihon-Ken dog breeds. It is highly beneficial to learn about the history and origins of dog breeds so that we may be better owners and caretakers to our beloved canine companions.

In the end, both of these dogs are winners and will be perfect for the right person and the right environment.