Kikko, Sasha, Momo and Hina: The Most Photogenic Shibes On The Planet 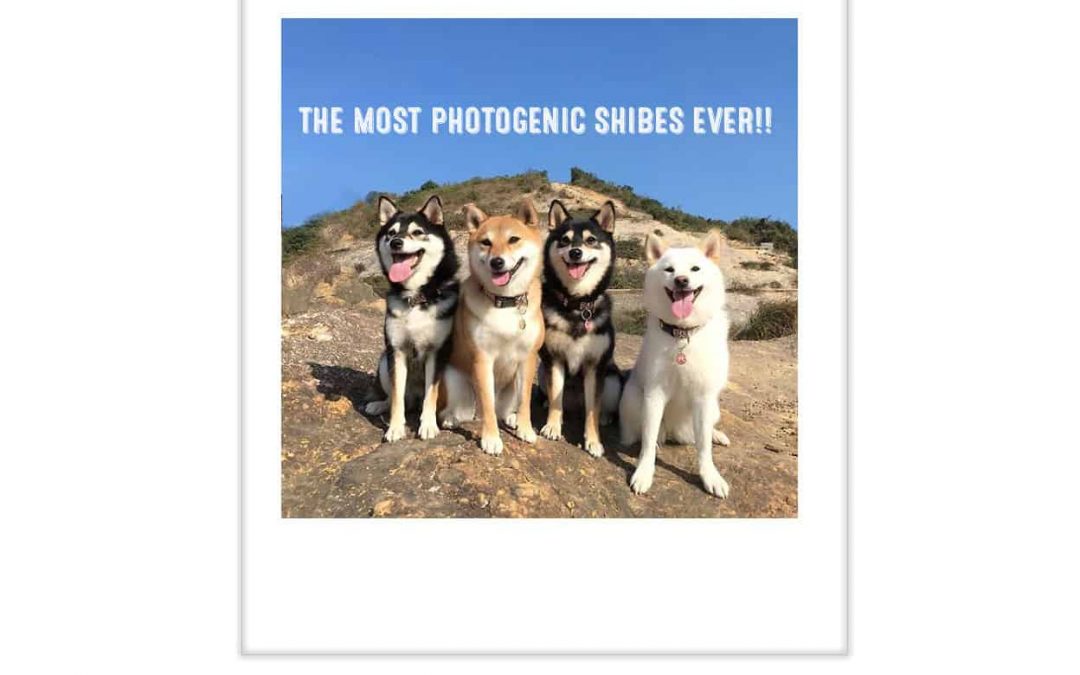 If there's one thing we at My First Shiba love to talk about—photogenic shibes!

What's better than spending hours looking at photos and memes with cute, fluffy, and smiling doggos? 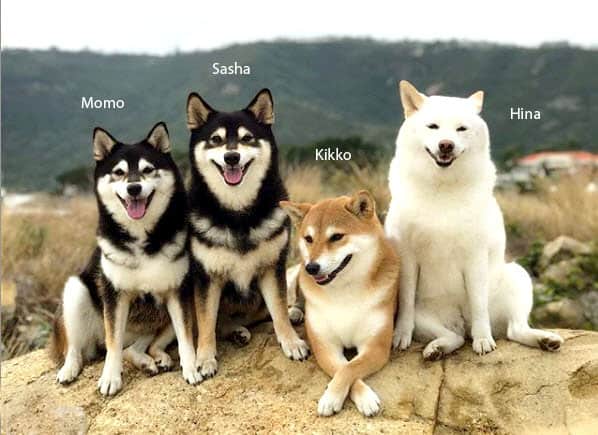 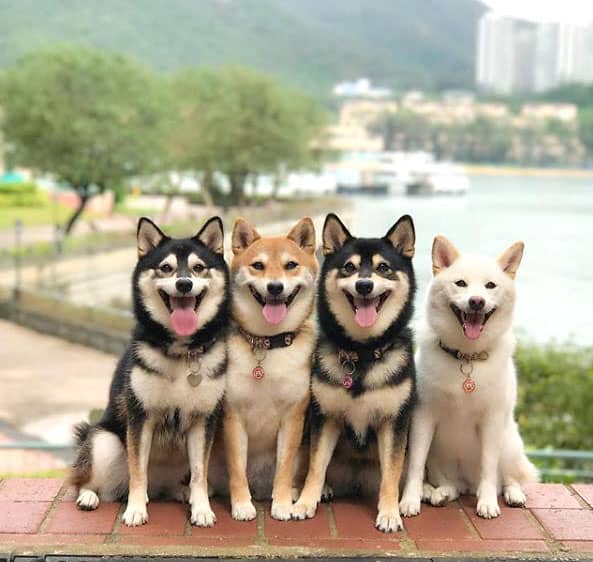 Seriously, these Shibas seem like they've been mentored by Annie Leibovitz.

Lovingly owned and pampered by Yoko - these girls are living charmed Shiba lives. 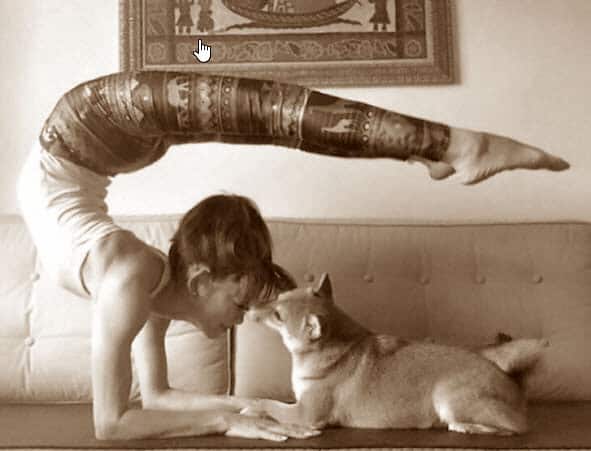 No doubt, when you start going through the photos, you are going to wonder how Yoko gets her fuzzy family to do some of the poses, how she gets them to sit so sweetly, wear birthday hats, shamrock sunglasses for St. Patrick’s Day and Halloween costumes, or regard certain items in the frame.

We wished she gave lessons! Well if you're in Hong Kong, you may be able to take yoga classes from Yoko and perhaps you'll be lucky to see the girls one day! 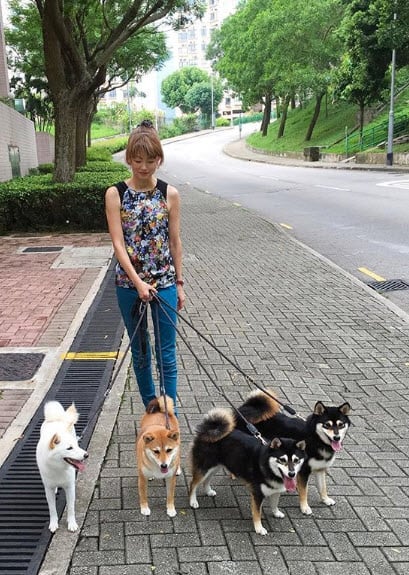 Before we introduce you to the most photogenic shibes on the planet, let’s talk about their owner, Yoko Kikuchi.

Currently, Yoko is an Anahata yoga instructor in Hong Kong. A lot of her pictures are taken around Hong Kong with her four shibes posing around famous landmarks, but she also has a huge volume of yoga pictures that are impressive!

If you ever wanted to do yoga with dogs, check out her pic and video collection for some inspiration.

She also writes descriptions in Japanese and English, so if you are trying to learn Japanese, you can get some additional practice.

It's amazing following Yoko’s adventures on Facebook and Instagram. She takes her motley crew around Hong Kong and to other destinations, delivering up calendar-worthy shots. 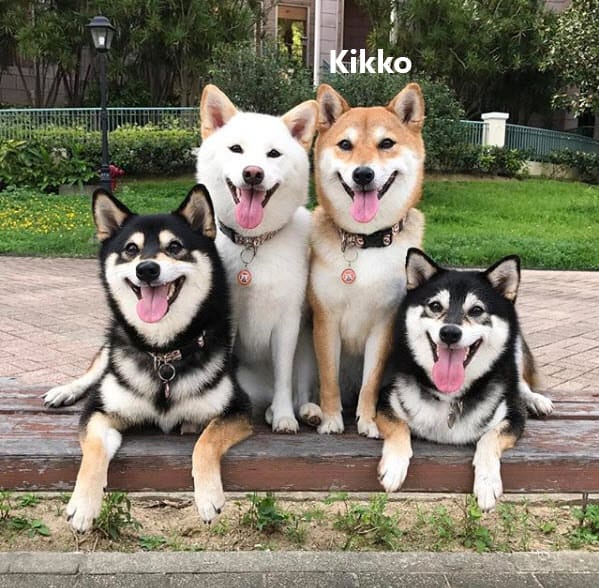 Kikko is the sole red Shiba Inu of the group, who was born in 2012 on October 8th.

Being that Kikko is the eldest of the Shibes, she seems to be a bit more laid back than her sisters and is usually front and center whenever a photo is taken.

Kikko has the most soulful eyes of the bunch that conveys wisdom beyond her years. 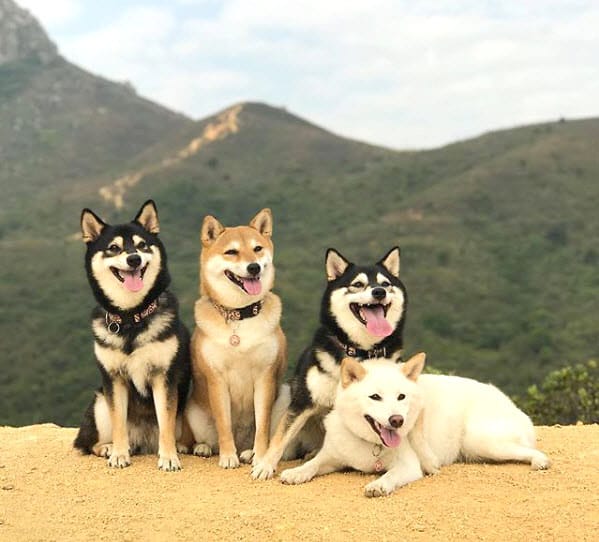 This foxy lady is often smiling at the camera, ears perked forward. Unlike some of the others, Kikko seems to be the only one who doesn't mind playing dress up.

You'll never catch her looking upset at sporting yet another costume!

Sasha is the first black and cream Shiba Inu and is one year older than Momo.

Born 2014, March 14th, Sasha is the serious Shibe who sometimes looks upset that she has to join the others with their photo shoots! 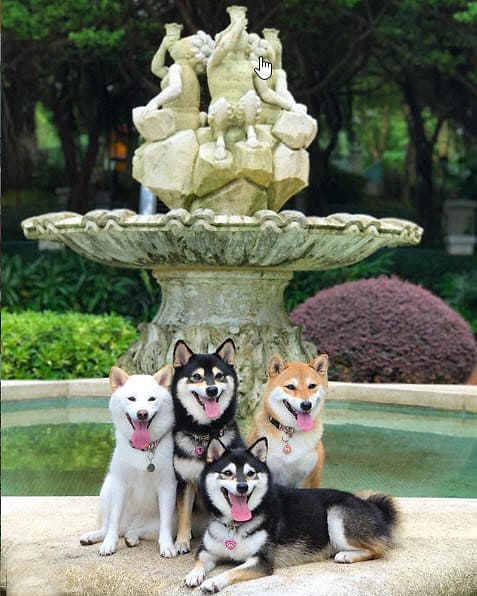 That expressive face is such a winner, though!

Her browns and tans are little darker than Momo’s. 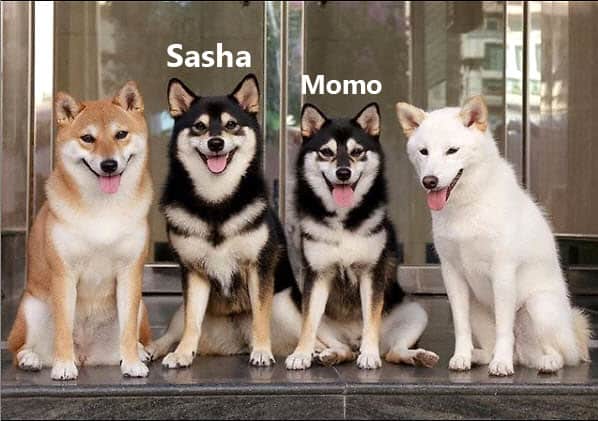 Like Kikko, Sasha is usually looking right at the camera or showing the others how to be a good girl. 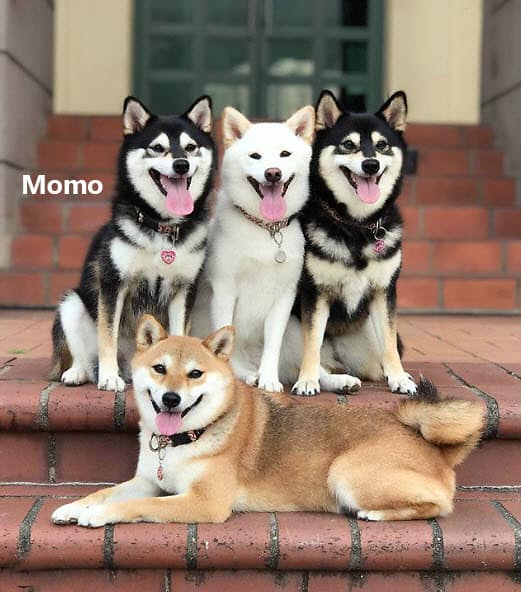 Momo is smaller and has slightly lighter tan markings compared to Sasha.

Yoko introduced Momo to the group on May 15th, 2015, and she was the cutest little ball of fluff back then. 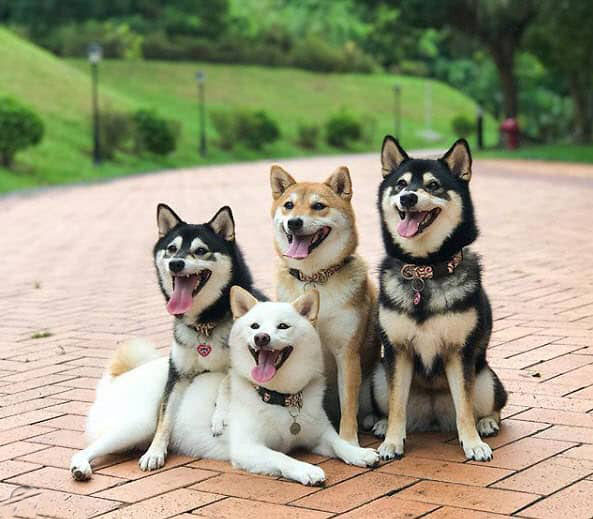 She had to travel all the way from Japan to meet her sisters and the anticipation of her arrival was through the roof!

Now, Momo has grown up to become another pivotal part of the traveling sisterhood of Shibes, oftentimes mirroring her big sister Sasha. 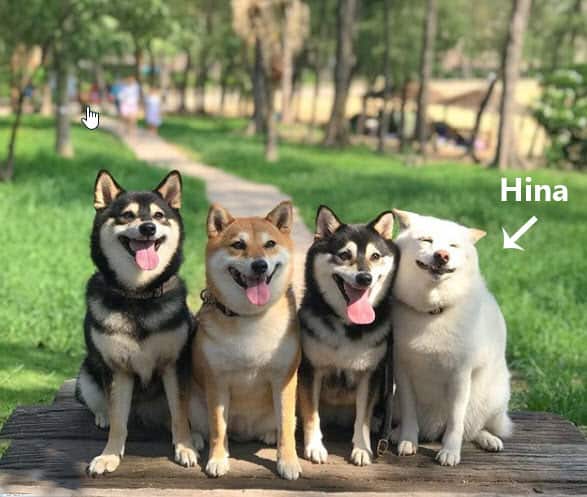 Everyone loves Hina, the pure white Shibe in the group.

Hina is the youngest, born August 14th, 2015, and since then, her antics and bizarre sitting position has won the hearts of fans around the world.

Hina is energetic, giddy, and always excited whenever her Mom and Dad come home.

You'll often see pictures of Hina partnered with Kikko, who took the wheel in teaching Hina the ways of doge. The two of them after often caught sticking out their tongues or smiling happily at the camera. 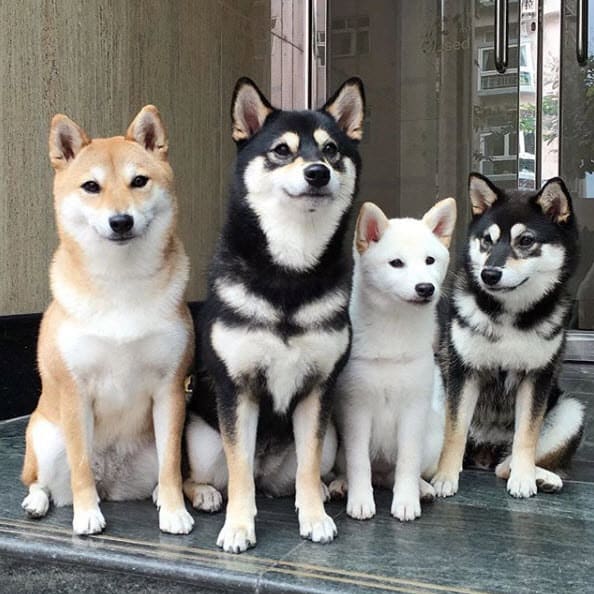 Of course, no one can deny how cute a disgruntled Hina looks on Mondays, either.

We’re not going to ask you which of these four lovely girls is your favorite, because Kikko, Sasha, Momo, and Hina are all lovable and adorable. 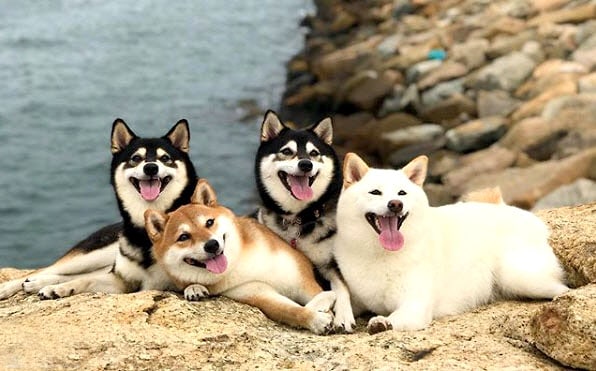 Surely, the photos would not be the same if one of the group was missing. Kikko, Sasha, Momo, and Hina are like the Spice Girls of the Shiba Inu world, after all!

Okay, now that you have so much inspiration, start capturing captivating shots of your Shibes! 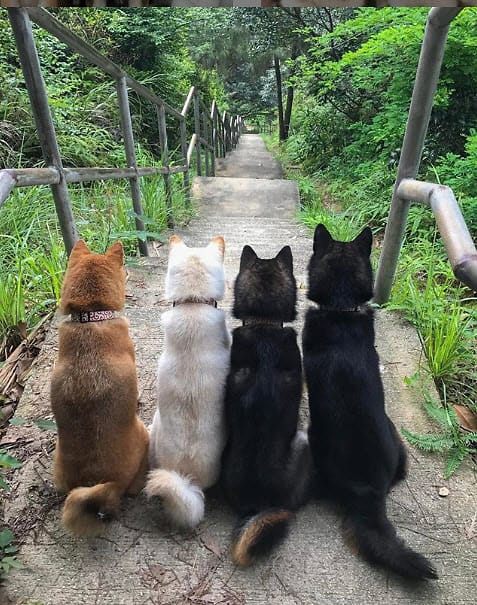