The Piebald or “Pinto” Shiba Inu 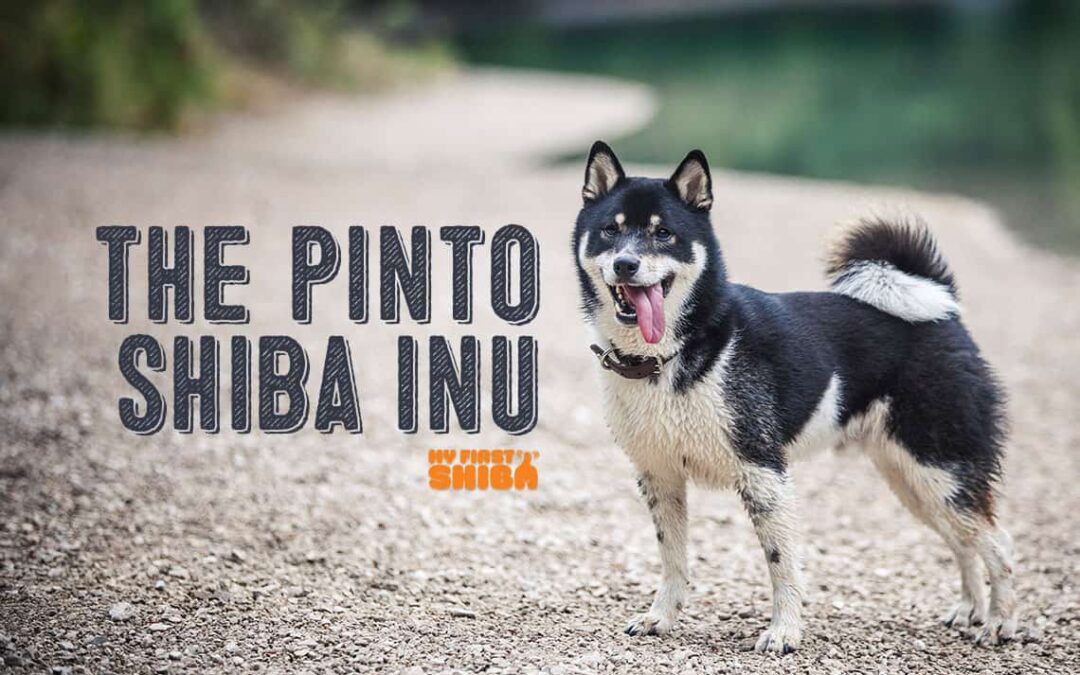 The pinto or “piebald” Shiba Inu is a purebred Shiba Inu that carries a gene that causes the coat to become white spotted to varying degrees.

In terms of standards, any pinto Shiba is deemed a serious "mismark" and cannot be shown in the ring.

Therefore, the source of "most" (not all) pinto Shibas are likely due to backyard breeding type / puppy mill programs.

Pinto Shiba Inus are now considered to be unattractive and undesired by both Japanese and American Shiba Inu breeders due to aesthetics.

However, many people do not know that a certain pinto dog from the past, Korotama Go Hakkakusou actually helped to save the entire Shiba Inu breed from extinction!

So although it’s understandable that breeders are striving to produce excellent Shiba specimens, it’s important to know the roots of the Shiba Inu breed and not condemn one another over a gene that is well distributed throughout the Shiba Inu lineage.

What Is a Pinto Shiba Inu?

A pinto, or “piebald” Shiba Inu is a Shiba Inu that carries a piebald gene (located on the “S” locus) that causes the dog to have white markings / spottings on their body.

The S locus contains two alleles with the S allele (no white markings), and the sp allele (piebald).

Because both genes are non-dominating, if the Shiba has only has one sp allele, the Shiba may or may not display white markings such as white “socks”.

In fact you easily can tell that a Shiba has the pinto allele when you notice these white socks as well as when white “spots” appear in places where they “shouldn’t be”.

Most of the time, the white markings are hardly noticeable and does not cause much issue for the breeder.

But when the the white spotting is extensive it’s considered a “mismark” which disqualifies the dog from being shown.

Accordingly, this dog should not be in the breeder’s breeding program as well.

However if the Shiba has two sp alleles, the Shiba will then display piebald or “extreme” white markings. (similar to look of Holstein cows).

Extreme piebaldism is usually accompanied by pink skin, pink nails, etc. This is because piebaldism renders cells in the skin unable to produce pigmentation.

The gene that causes white spotting (piebald) has been around for ages and shows up in just about every primitive dog breed worldwide.

A post shared by Loki & Raven the Tricksters (@lokiandraven)

History of the Pinto Shiba Inu

The modern Shiba Inu as we know them today originated in Japan around the 1930s.

This was during the time that Dr. Saito and the rest of his NIPPO organization members were hard at work trying to preserve the breed.

To do so, Japanese breeders had to reach far and wide to find suitable, “small / medium-sized” dogs that fit the standard of a native Japanese dog breed.

Inevitably some of these dogs carried the piebald gene that causes “white spotting” to varying degrees depending on gene expression.

In fact, one of the originating fathers of the Shiba Inu Breed, Ishi-Go was bred to Koro Go, a black and tan female from Shikoku that had two white “socks” and a large splash of white on her chest - all signs that she was most likely one of the first "modern / recorded" Shibas to carry the pinto  / piebald gene.

Fast forward a few more generations of deep and heavy inbreeding from this line (thanks to a wildly popular stud, Naka Go) and the Shiba Inu quickly found itself in dire, dire straits. 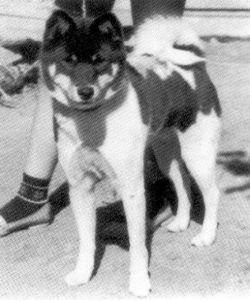 They needed an outcross to save the breed.

And they needed one fast.

And guess who stepped up to save the day?

And yes, he was a pinto Shiba Inu.

But more importantly, he was a pinto Shiba that had genetic “Shiba gold”.

His ancestors finally included “outcrossed” dogs, and dogs that weren’t so entrenched in the Naka Go inbreeding initiative.

A few litters later and it was clear to see that “Papa” Korotama Go Kakkakusou helped to save the Shiba Inu breed from inbreeding oblivion.

The piebald gene is unfortunately linked to deafness in some dog breeds.

This is likely associated with the fact that expression of the piebald gene may cause vascular degeneration due to the absence of pigment producing cells (melanocytes) in the stria.

Pinto or piebald Shiba Inus are not “cream” Shiba Inus as the gene responsible for piebald is totally different from the cream gene.

Piebald / pinto Shibas are not always the result of backyard / puppy mill breeding.

While it’s rare that reputable breeders produce piebalds, it does occasionally occur.

It’s important not to immediately judge others without first knowing the facts of the matter.

Wrapping It Up - The State of Pinto Shibas Today

Currently with the Shiba Inu breed safe from being close to extinction, much focus is spent on preserving the breed's standard in terms of looks, health, and temperament.

Because of this, reputable breeders will not purposely breed and Pinto Shibas nor breed Shibas together that both have the pinto gene.

In fact, the pinto color / marking is the most undesirable marking for all Japanese dog breeds due to the fact that these white spots “paint over” the true colorings of the Shiba.

So while it’s understood that today’s Shiba Inu have set standards in terms of breed conformation, there’s absolutely no reason to throw shade at pinto Shiba Inus. (though it’s perfectly fine  to throw shade at backyard breeders who “intentionally” breed pintos)

For without, Korotama, we would not have the beautiful Shiba Inus that we fancy today.

Yes, the sp  Piebald gene is not wanted or needed anymore, but the contributions of piebald carriers of the past will forever be remembered and cherished.

Pinto Shiba Inus today are every bit Shiba Inu genetically and should be loved, adored, spoiled, and cherished as pet dogs just as every other Shiba.

They simply have to “bench it out” when it comes to showing and breeding.