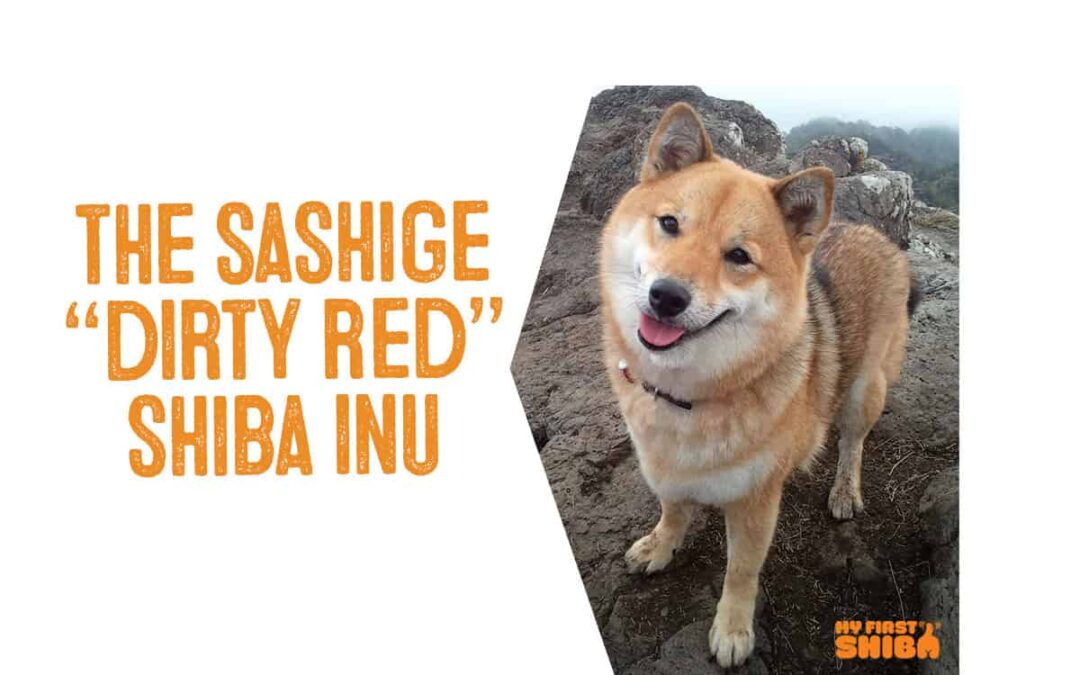 The four common coat colors of the Shiba Inu are red, black and tan, cream, and sesame.

However there are quite a few more coat variations that you probably aren’t aware of.

The most commonly confused Shiba Inu coat is the “sashige” coat. 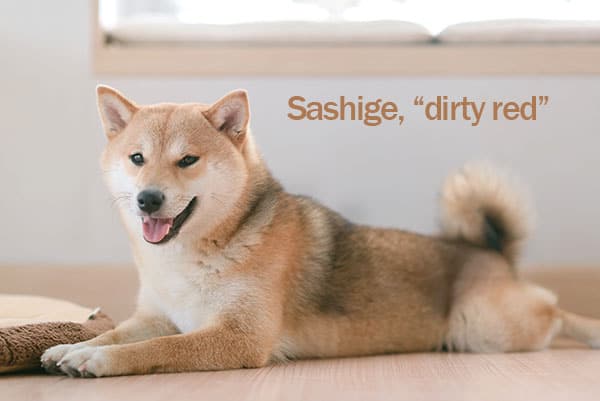 Sashige Shiba Inu - notice that head has no black tipping

What Is a Sashige Shiba Inu?

A sashige or “dirty red” Shiba Inu has a red coat with black tippings found throughout the body, mostly on the back - but not on the head.

So a sashige is basically a red Shiba Inu that has "black tippings".

Due to confusion about sashiges in the past, they were once registered as "red sesames". 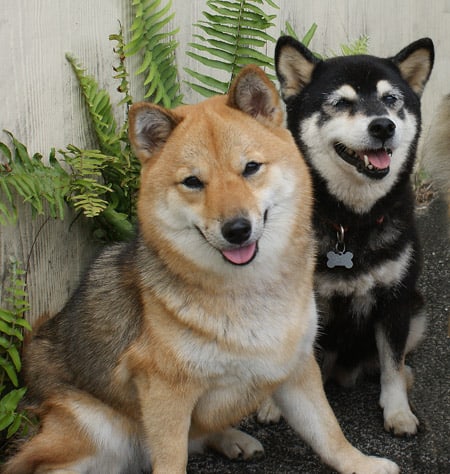 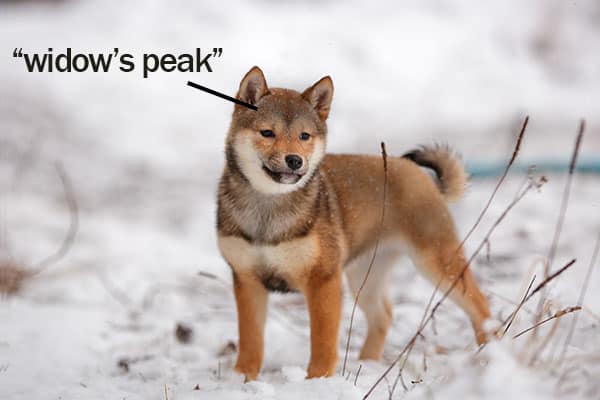 The easiest way to differentiate between a sashige coat and a sesame coat is by looking at the Shiba’s head.

A sashige Shiba Inu never or rarely has any black tippings on their head.

A sesame Shiba Inu always has evenly distributed black tippings on their head as well as throughout their body.

The even distribution of black coat tippings is key in identifying a true sesame Shiba.

The distribution of black coat tippings on sashiges can be erratic and have varying patterns ranging from lightly black tipped to “patches” of scattered black tipping on the coat. 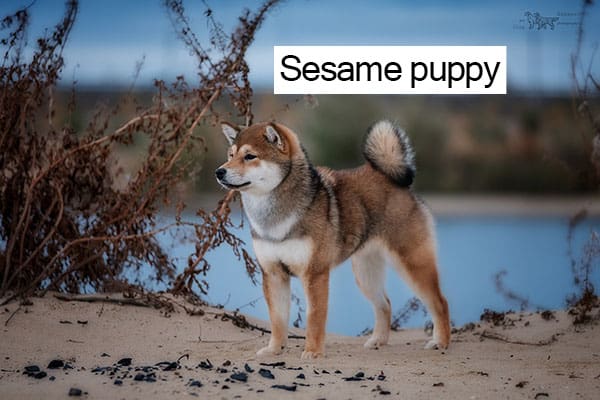 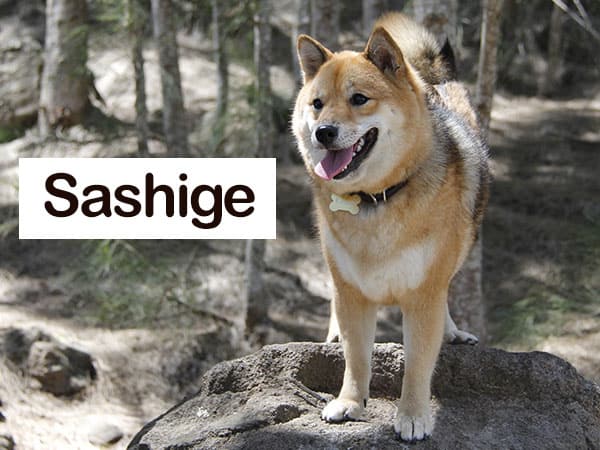 Sashige, dirty red coat with black tipping on back but no tipping on head or chest

What Causes The Sashige Coat Color ?

Without getting too deep into the complicated realm of genetics - the sashige coat is caused by certain gene combinations.

The most common combination is:

This combination means that the dog is carrying for black and tan or agouti genes BUT NOT for cream (ee) genes.

The absence of the cream (ee) genes produces a sashige Shiba with a creamier urajiro (less bright / white) and a darker red / brown base coat.

A red parent and an agouti parent can also produce sashige coats but since the agouti gene is very rare, this is not commonly seen.

In rare instances, certain sashige coats bear a bright, flashy urajiro suggesting the presence of either the cream gene or the pinto / piebald gene.

However, the exact origins of the sashige with flashy bright urajiro have not been confirmed and continues to be a rare anomaly that requires further gene testing. 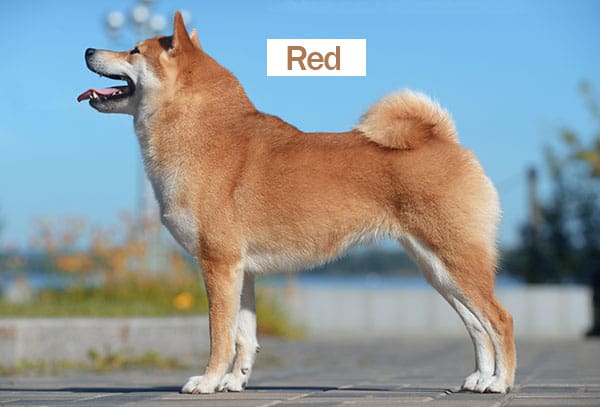 Is The Sashige Coat Considered a “Fault”?

Any coat that is not red, black and tan, or sesame is considered a fault which is why you’ll almost never see a sashige in the show ring.

The other faulted coat colors include the cream, pinto, long-haired,

However, it’s important to note that just because a coat color falls outside of conformation standards - that doesn’t necessarily mean that having that particular coat color is any way negative or detrimental to the breed.

In fact, certain “faulted” coat colors like the sashige and the cream have small but important genetic roles in maintaining the overall coat quality of the current Shiba population. 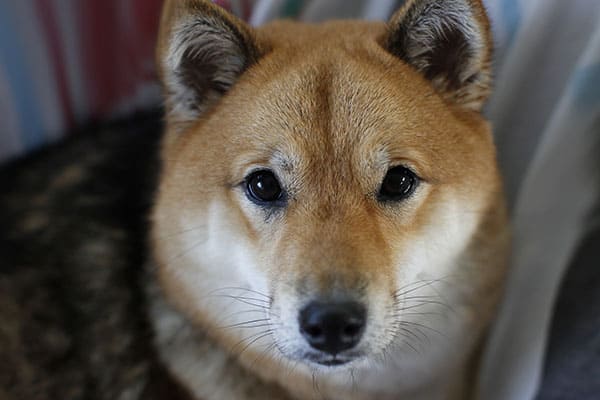 Decades ago, head NIPPO judge Higuchi expressed his wish to try and eliminate all sashige coat’s in an effort to see and judge only clear, red Shiba coats.

The Japanese breeders heeded his guidelines but soon noticed that their Shiba’s coat quality began to suffer becoming “washed out”  and “soft” in texture.

By excluding sashige coats, the breeders loss valuable genetic diversity due to the resulting increase in inbreeding and the loss of genetics that was carried in the sashige coated dogs. 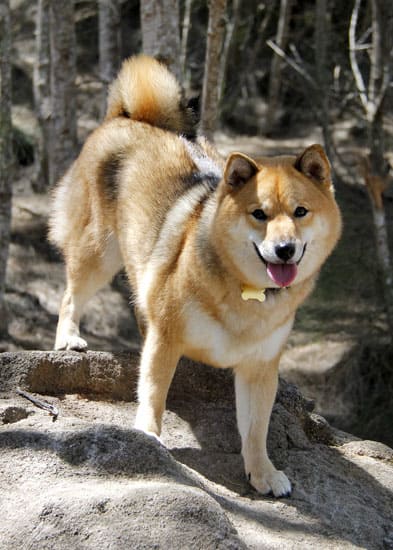 Sashige Shiba Inu - no black tipping on head and urajiro

Due to this occurrence, NIPPO has since become more lenient towards the sashige coat.

A similar scenario can be seen with faulted cream coats.

Although the cream coat is definitely not a preferred coat color due to the absence of urajiro, the cream coated dog still may possess valuable genetic material.

Thus deliberately trying to eliminate either the sashige or cream coat with out first considering both dog's lineage will likely lead to a deterioration of overall coat quality in the breed. 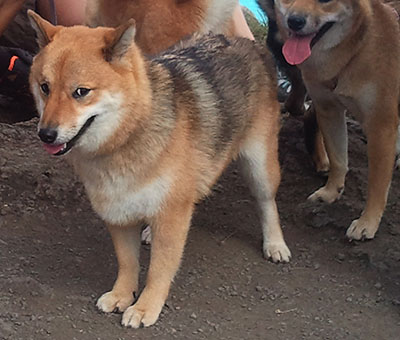 Hopefully this article helped to clear up some of the confusion of the sashige coat color.

And even more importantly, to show the importance of understanding basic genetics.

A thorough understanding of genetics can help future owners of Shiba Inus find breeders that are serious about preserving the intrinsic qualities of what makes a Shiba a Shiba.