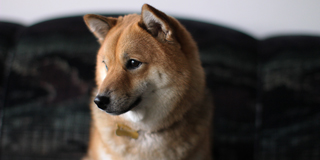 Shiba Inu’s are seriously good looking dog’s and so much so that they are plastered all over the world wide web either via live puppy cams, or silly Internet memes. Their cuteness has made them profitable to marketers who create a plethora of cute Shiba products such as stuffed animals, keychains, etc. . Yet, despite the overwhelming cuteness of these dogs, it is very important to understand the full characteristics of this breed before deciding to open your family to one.

The appealing look of the perky eared Shiba Inu is the result centuries of mostly natural breeding without much artificial tinkering to somehow improve a breed’s appearance. These ancient and regal dogs instead proudly feature looks that showcase their natural evolution as efficient wild animals with graceful beauty.

They are medium sized dogs that by AKC standards should be no more than 25 pounds. The males are naturally taller and heavier than the females. (18-20 pounds, 14-17” tall / 16-19 pounds, 13-16” tall. Their moderately compact athletic body is well proportioned and symmetrical. These physical traits afford them much agility, quickness and strength. 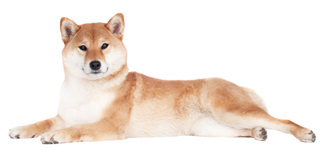 There are four Shiba Inu coat colors, red, black and tan, sesame and cream. In show ring circles as well as overall popularity the red is the preferred color. Unfortunately, in terms of AKC  judging standards the cream color is a serious fault because their white Urajiro is not discernable, however this superficial judgement is of no concern to those who do not compete in dog shows. The urajiro is a Japanese term to describe the unique white color marking of the Shiba Inu. The largest area of urajiro is seen on the chest area and can also be found on the cheeks and neck areas of the head as well as their belly.

Shiba Inu’s are double-coated with the outer coat being coarser than the soft and fluffy undercoat. Being double-coated, they do shed or “blow their coats” twice a year during seasonal changes. When they are not shedding, the daily amount of fur shed is quite manageable. There are some Shiba’s who possess a rarer longer haired coat, though while adorable, by AKC standards – a major fault. Kitusune, my first shiba is a little furrier and fluffier than most Shiba’s probably due to the fact that her mother is one of those rare long-haired varieties.

That cute, curly cue tail of Shiba Inu’s is another distinctive feature of the dog. This type of tail is referred to as a “sickle tail” which refers to the upward curving feature of the tail. In Shiba Inu’s the curve is even more predominant than most other sickle tail dogs. Additionally, a useful and entertaining method to determine the mood of a shiba is by simple observation of the tail position. High up and full means confident, happy and ready to rule the world. Halfway up signifies some slight uneasiness and tail down tucked in it’s rear quarters means unhappy and Shiba’s in particular don’t like being unhappy.