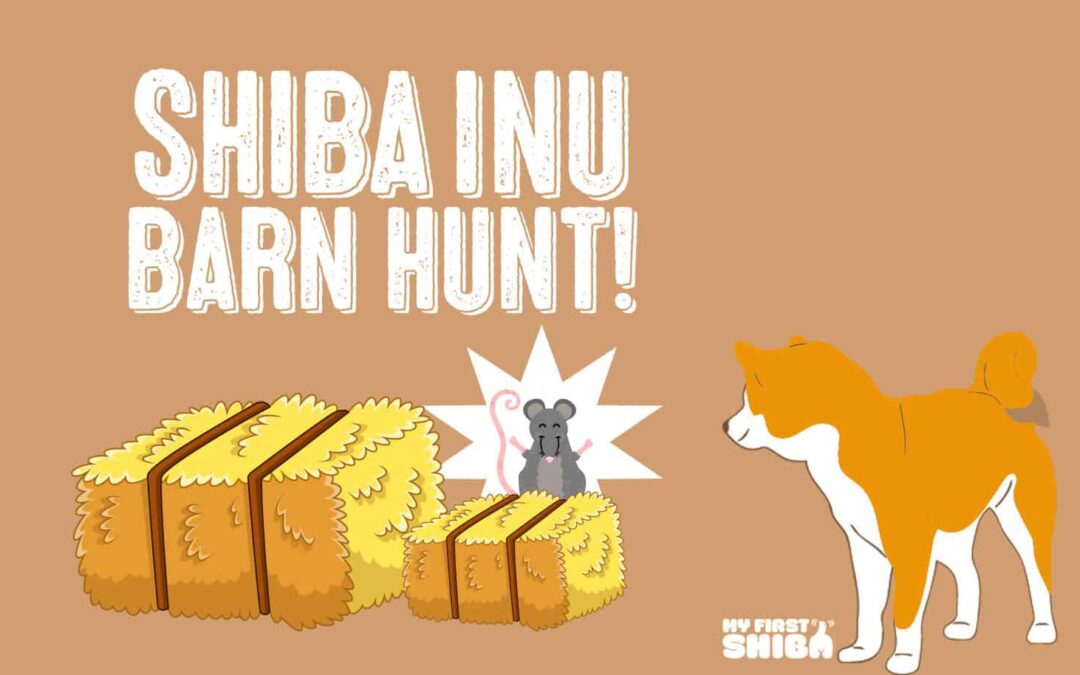 It’s a great form of exercise as well as mental stimulation. Granted, finding a barn for your Shiba to hunt in may pose some difficulties - the effort is definitely worth it.

And it’s not only about the Shiba - it’s about both you and your Shiba working as team to problem solve and celebrate victory - together!

What Exactly Is A Barn Hunt?

Barn Hunting involves a dog sniffing about a barn-like environment in search of vermin.

But don't worry, these vermin are having just as much as fun as the dogs are.

They're placed in breathable, bite-safe capsules and are not harmed in any way. Often times, these "vermin" are actually pets of loving owners who want them to have mental stimulation as well as fun.

Though there are still dogs around the world who are specifically tasked with eliminating pestilence from barns and around food stores, barn hunt 'competitions' are purely recreational.

The current competition format was created by Robin Nuttall, who wanted to make an inclusive dog sport that allowed dogs to work at detecting rats.

Interestingly, Nuttall’s design made it possible for breeders and trainers of vermin-hunting dogs to try out their training methods in a controlled setting when other competitions did not accept them.

To date, Barn Hunt has welcomed all kinds of competitors, even deaf and tripod dogs.

The only dogs who cannot compete are: 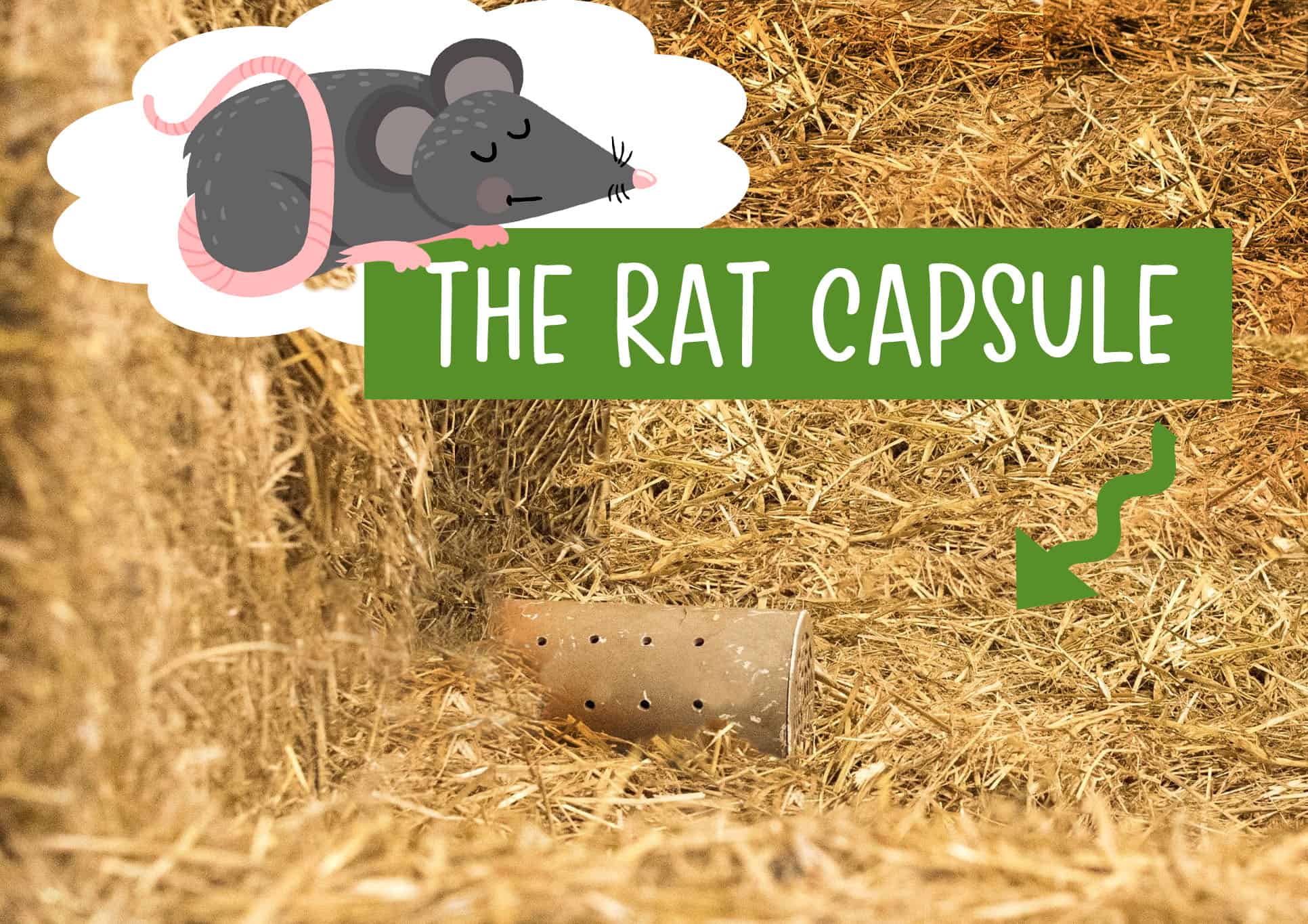 No, Nose Work is another kind of competition that is similar to Barn Hunt. Both competitions require a dog to sniff out a particular scent.

Yet, Nose Work and Barn Hunt are not the same, nor is the environment where the competition takes place the same.

History of the Barn Hunt

Barn Hunt, as described by the Barn Hunt Association Competitor Rulebook, is “based on the hunting and teamwork skills historically used by rat catchers and their dogs.

This talented team traveled the countryside ridding farms of vermin, thus helping to conserve and preserve food grains and protect inhabitants from disease.”

Though terriers and go-to-ground dogs, like dachshunds, were originally bred for the purpose of rat hunting, other breeds can be tasked to do the same thing through Barn Hunt. 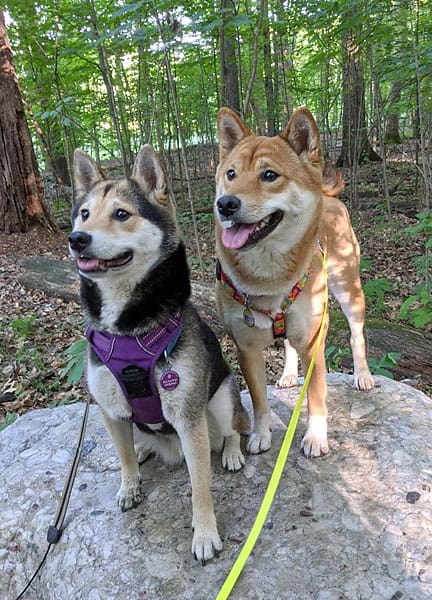 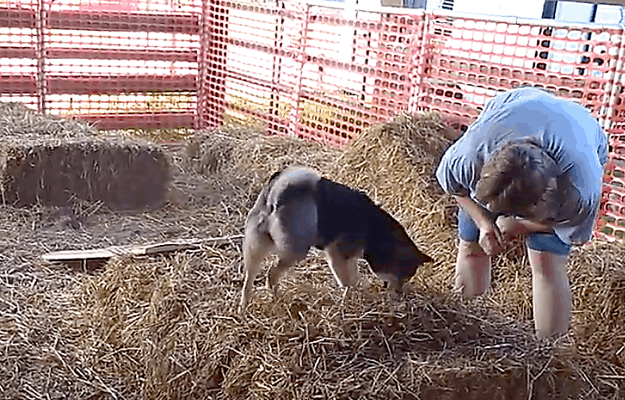 How Can My Shiba Get Started With Barn Hunting?

Do you think your Shiba inu got what it takes to compete in Barn Hunting? Why not give it a shot?

Training a dog to search for vermin is not as challenging as you may think.

Especially since Shibas were already natural small prey hunters a long time ago.

And since Shiba inu are quite smart and constantly questing for stimulation, instinct will guide them.

To start with training your Shiba inu for Barn Hunt, you'll just a need a few things to start off with.

If you have access to a barn, that' perfect. If not, you can get some hay bales and place them within a fenced-in area.

Stack the hay bales in such a way that your dog will have to do some maneuvering to figure out how to get to their prey.

You can even start "barn hunting" without a barn or even hay. You'd just need a closed-off area with some cardboard boxes or other similar material to create a similar experience to an actual Barn Hunt.

That way, you'll be able to gauge how interested both you and your Shiba is in the sport.

You'll also need a couple of rats. (Or even, the "smell" of rats from friends who may have rats themselves.)

Introduce your dog to the rats while the animals are inside of their cage. Let your dog get used to their smell.

When you are ready to start training, place the rats (or rat "smells")  inside ventilated pods, like the ones used in actual Barn Hunt competitions, and place those tubes around the obstacle course.

Put the tube somewhere that is not too difficult for your dog to uncover. After your dog locates the tube, praise excitedly and give your pooch a reward.

Gradually increase the difficulty of the rats’ locations over time.

The game of Barn Hunt largely revolved around terriers, since they were bred to eke out vermin hiding in barns.

That said, a Shiba inu will do just fine in Barn Hunt, since they are intelligent and have excellent scenting skills.

The only factor that determines whether your Shiba inu can join is the 18” wide opening - which most standard Shibas will.

As long as your Shibe is small enough to get through that hole, they will be able to take part in a Barn Hunt competition.

Wouldn't it be cool if Shiba Inus could challenge Corgis in a Barn Hunting challenge! 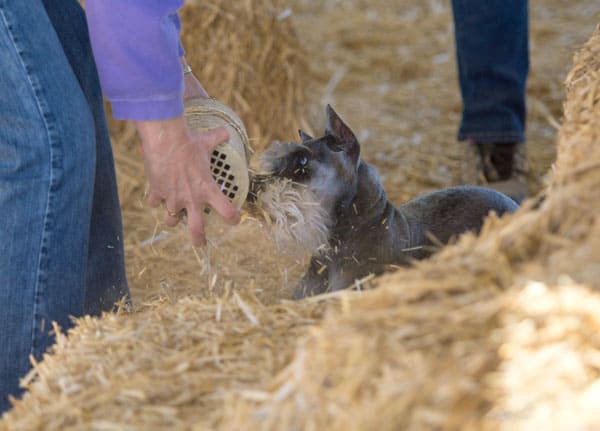 Joining a Barn Hunt Competition For The First Time

So, you have been working hard with your Shiba inu and want to enter in a Barn Hunt competition.

What should you expect?

The main thing you should aim for is having a great time with your Shiba!

Barn Hunting is a more relaxed dog sport than other types of dog competitions.

When you and your partner first arrive at the competition site, your Shiba will take an "instinct test".

The test will qualify your dog for the competition. It involves three tubes, one containing a rat. Another tube has a rat nest but no rat. The third is empty.

If your dog goes after the tube with the live rat, they qualify for the competition. The other tubes disqualify them. (Yikes! I know, so be sure to practice this at home).

During the competition, your dog is unleashed. There's a starting area where the two of you wait for the round to begin.

Once the signal of go is announced, your dog begins the course by running through a small hole in the hay bales, entering the controlled arena. You, as the handler, are unable to touch any of the hay bales.

You also cannot direct your dog towards the rats, only to the starting tunnel. Once your pooch has entered the arena, you cannot touch them or give them treats.

Competitions may take place indoors and outdoors - either in a real barn or a room.

The time starts when the judge makes the starting announcement. The dog with the fastest competition gets the highest of accolades, which we'll explain in a moment.

As your dog works their way around the course, they should be trained to signal that they found a rat. You verbally announce “rat” to the Judge.

Depending on the level of the course, the number of hidden rats may increase.

There are “classes” which reward your dog with titles if they complete the course within a designated time.

The competition levels are in the following order (easiest to hardest): Instinct, Novice A and B, Open A and B, Senior A and B, Master, Championship, and Crazy 8s.

The titles your dog may receive include:

As your dog’s skill level increases, the runs get more difficult.

For example, there may be decoy tubes in the playing field that your dog has to ignore.

Time limits may also be imposed.

Although Barn Hunt is an independent association and not affiliated with any major organizations, the titles earned in competition are recognized by the United Kennel Club (UKC), American Kennel Club (AKC), and Canadian Kennel Club (CKC).

If you are interested in joining, you can visit the official Barn Hunt website. They have a calendar on the website that shows you the location of upcoming events.

If it proves difficult to bring your Shiba to a Barn Hunt - you can surely bring the "Hunt" directly to your doge.

All you need is a little creativity and some extra space.

You can make your own Barn Hunt by hiding some of your furry friend’s favorite treats around an enclosed area.

Let them rove out the treats as a reward. You can also hide toys around the course and reward them as they locate each hidden object. The best part? You can do this indoors or outdoors.

Want to make it more like the real thing? There are some methods for training your dog that can also be transformed into a game:

This training protocol is similar to what we outlined above: using your dog’s nose to sniff out hidden rewards or vermin.

Most dogs have a natural ability to sniff out things, but training for a barn hunt can bring their odor sleuthing to a whole new level.

To start, put two boxes in the area of your choice. One box should have a special scent, and the other should contain something less enticing. Let your Shiba inu explore the boxes, familiarizing themselves with the scents.

Introduced earlier in the article, the hidden tube method requires you to have actual tubes with rats.

It works similarly to the Nose Sense method, except your dog is sniffing out live rats instead of boxes with a particular scent.

The advantage of using tubes with rats is that your dog gets used to the size, shape, and smell of the rats and tubing.

They'll then be more comfortable around a real competition course, since they'll have trained in similar conditions.

You do not need to use rats. Meaty morsels that tempt your pooch can be placed in the tubes as well. The result will be the same, and your dog will have an awesome time finding their favorite treats.

The main goal is mental stimulation, exercise, and fun!

This is the one where your Shiba inu is going to excel.

Sturdy yet feisty, the Shiba inu is going to love skirting around obstacles in search of their quarry.

Agility training is all about finishing the barn hunt as quickly as possible. First, you run the course multiple times with your dog next to you, letting them take the obstacles.

They should know the whole course before you introduce the treats.

Put the treats in tubes throughout the course. Then run through the course again, letting your dog look for the treats in the process. Every time they find a tube, give them a quick praise and a  treat.

It may take a couple of weeks, but your dog will eventually be able to run the entire course, picking up treats along the way.

Stay nearby and use verbal commands to get your dog sniffing out those treats on cue. 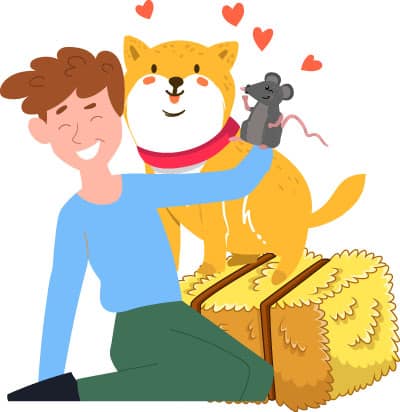 Any game you play with your beloved companion will help solidify your bond and relationship with your Shiba..

Remember, training for Barn Hunt—or just playing the game—requires a complete understanding of things from you as well:

Barn Hunt is an incredibly fun competition that welcomes all kinds of dogs into the fold.

If you have been looking for a competition for your Shiba inu to join, consider the Barn Hunt.

It's a challenging - yet fun test of smarts, skill, speed, and instinct.

And even if you aren’t up for competition, engaging in Barn Hunts with your Shiba is an excellent activity / hobby for both you and your little "hunter(s)".