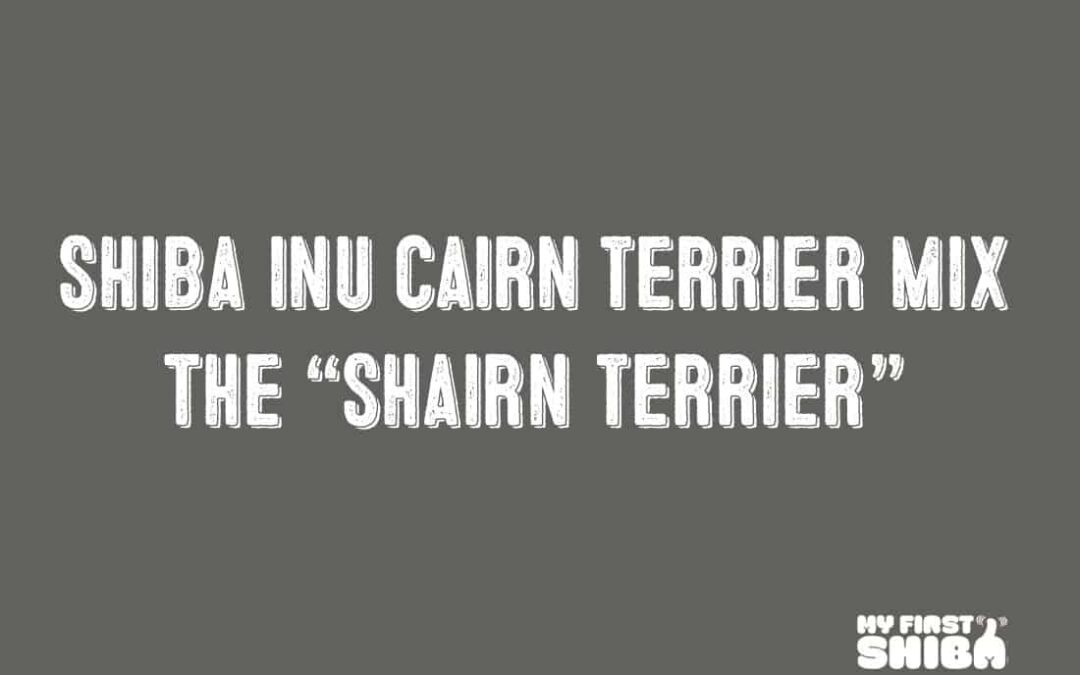 The Shiba Inu Cairn Terrier mix, also known as the Shairn Inu packs a lot of sass with not much size!

Blending the aloofness of a Shiba and the friendliness of a Cairn produces a mixed Shiba more accepting to cuddles!

If you plan on bringing home a Shiba Inu Cairn Terrier mix, here are some of the things you need to know:

When you combine the aloof, cat-like personality of the Shiba Inu with the bouncy and jovial attitude of the Cairn Terrier, you'll likely have "friendlier" Shiba mix that enjoys being active and having fun.

Since adult personalities of dogs may differ from how they act as puppies, you won’t know which breed a Shairn Inu is going to lean towards until they mature.

The Shairn Inu is affectionate around their pack, and they are also fiercely loyal.

Hanging out with their owners is their favorite pastime, but they also seek out challenges too.

This is because Shiba Inu Cairn Terrier mixes are inquisitive highly intelligent dogs.

You can teach your Shairn Terrier tricks and a range of complex commands to feed their curious minds.

Keep in mind that, because of their brains, they can have stubborn streaks. Train your Shiba Inu Cairn Terrier well—but in small sessions—and you will have a well-behaved dog who can do all kinds of tricks to wow the crowd.

Shairn Terriers can be extremely vocal and possessive. You'll need to train them to control their outbursts, especially if you live in an apartment and don’t want to annoy the neighbors. 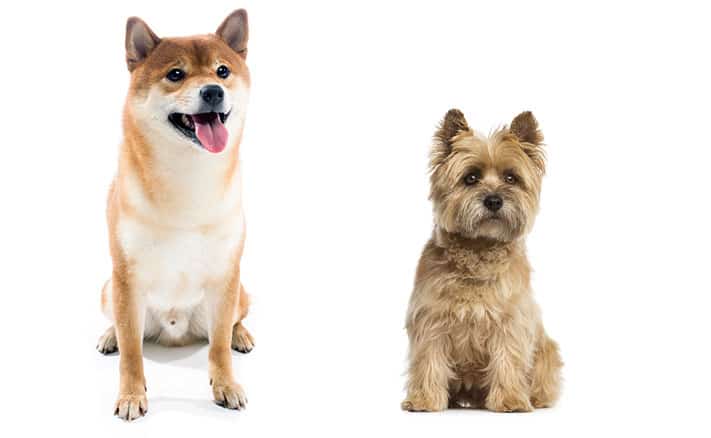 Secondly, due to their loyalty, they may growl and snap at strangers who haven’t earned their trust. Training will dissuade them from such actions.

Shiba Inu Cairn Terrier mixes generally accept children if well behaved. Keep in mind that the possessive tendencies of the Shairn Inu will make it difficult for them to accept a multi-dog household.

A high prey drive will also influence their behaviors around other pets, including cats. They aren’t entirely laidback and will likely give chase to anything that bolts.

Physical Characteristics of a Shairn Terrier

A Shiba Inu Cairn Terrier mix weighs between 13-20 pounds when full grown and will stand about 11"-15" inches tall.

Cairn terriers have rough, wiry fur that is different from the thick, fluffy coat of the Shiba Inu.

The common result of a Shiba Inu and Cairn terrier pairing is a mildly rough double coat, though there have been puppies that lean more towards the wiry texture of the terrier side.

If your mixed breed inherits the thick double coat from their Shiba Inu parent, you can expect having to groom them regularly.

On the other hand, if your pup gets the wiry hairs of the Cairn Terrier, they will hardly need grooming at all. But the chances of their fur ending up somewhere in the middle, with a coarse yet dense coat, is most common.

Feature-wise, a Shairn Inu is going to have small triangular ears that are constantly on alert; round expressive eyes; and a mid-sized snout.

Some Shairn Inu have a longer body, but many also inherit the stockiness of the Shibu Inu. The tail curls in towards the back.

The typical coat colors of a Shiba Inu Cairn Terrier mix include:

Health of a Shairn Terrier

Shairn Inu dogs have a life expectancy of about13-15 years.

The Shairn Inu is relatively healthy Shiba mix though may be susceptible to the following health issues:

One thing that Shairn Inu dogs have inherited from Cairn Terriers is their sensitive skin.

It's important to use the right grooming products to keep flare-ups at bay.

Despite their small stature, the Shairn Inu will need enough routine physical activity to keep them content.

A tired Shiba Inu Cairn Terrier mix is going to be much more willing to curl up and cuddle on the couch than one who hasn’t gone on a daily walk.

Expect to set aside at least an hour a day to take them on walks or play in the yard.

By exercising a Shiba Inu Cairn Terrier mix regularly, you also ward off any destructive habits, such as digging up the bushes in the garden.

Shairn Inu dogs are known to enjoy digging. A lot.

Thinking that a Shairn Terrier is the right kind of dog for you?

These affectionate and loyal friends can be possessive or wary at times, but at least they don't mind cuddling too much.

More experienced dog owners will be better off for this mixed breed than someone completely new to owning a dog.

Keep in mind that both parent breeds were bred to hunt, so you’re going to have to commit to routine physical activity; never let your feisty Shairn Inu off the leash, either!

All in all, if you’re looking for a wonderful and spunky companion, a Shairn Inu might be right for you.