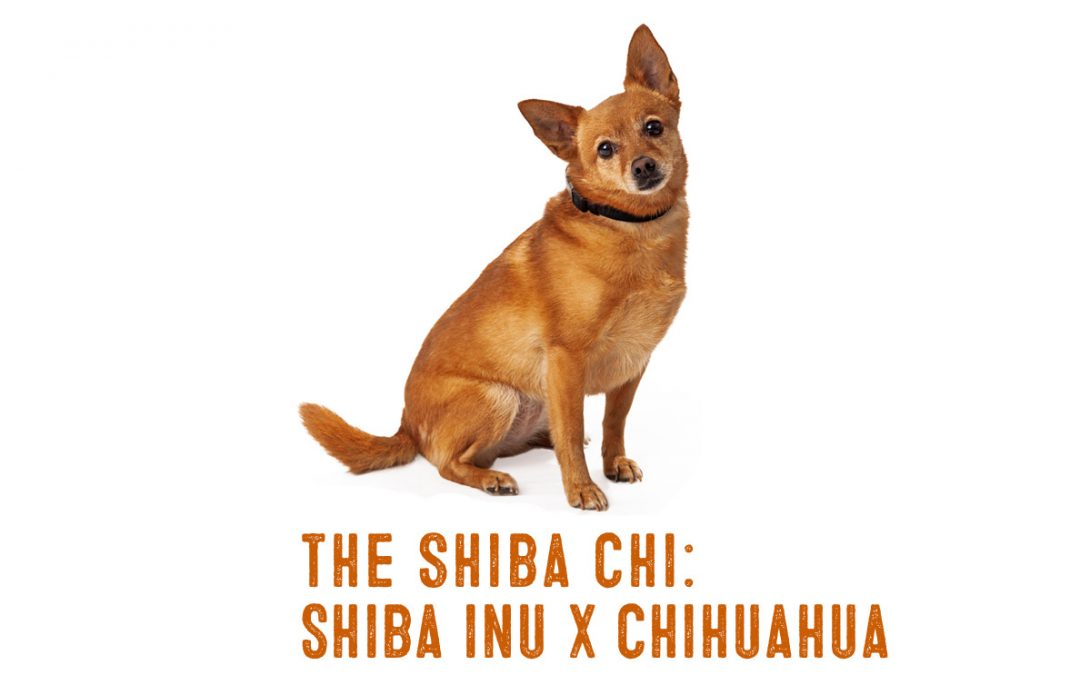 This Shiba Inu mix is often referred to as Shiba Chi's.

The crossing of two different purebred dogs together has been a popular trend for the past decade or do. The puppies resulting from this cross-breeding are called designer dogs.

Since the temperaments of both the Shiba Inu and the Chihuahua can vary a bit - a Shiba Inu Chihuahua mix can vary even more.

The personality and temperament of Chihuahuas can run the gamut - from overly spicy, high-strung and yappy to sweet, calm, and affectionate. Shiba Inus, however, are mostly independent, confident, and loyal. Some Shiba Inus, especially those not properly socialized, can be aggressive.

With that said, the temperament of a Shiba Inu Chihuahua mix is highly variable and will depend on the temperaments of the parents as well as their upbringing.

Do expect a confident little dog that will be fiercely loyal to it's owners but aloof and possibly unfriendly to others.

Both Shiba Inus and Chihuahuas are known to be difficult to train. Both dogs can be stubborn and not exactly eager to please you. Training a Shiba Inu Chihuahua mix should be done early and consistently.

Do not let the tiny size of this spirited dog allow you to go easy on them in terms of obedience.

Shiba Chi's can be prone to aggression and snapping. It is important to correct unwanted behaviors with firm and consistent commands.

Despite it's small size, Shiba Chi's may challenge and aggravate dogs that are much larger than them. More supervision and correction is needed in these cases.

A typical Shiba Inu Chihuahua mix will be a very small dog weighing between 8 - 12 pounds and being about 9 - 12 inches tall.

Depending on it's coat, Shiba Chi's may not be able to tolerate cold weather as well as other dogs.

Shiba Inu's have well-proportioned and muscular bodies while Chihuahuas have rather lanky bodies with a disproportionately sized head. Chihuahuas actually have the largest brain in proportion to body size of all dogs.

Shiba Inus are beautiful dogs that possess a look and stature of a dog that was designed by nature. Chihuahuas are also a very special dog with deep historical roots. In physical / aesthetical terms, however, Chihuahua's are often high on the list of the "ugliest dogs in the world".

Shiba Inu Chihuahua mixed dogs typically look like small, mixed terrier dogs. The regal, and distinct fox-like of Shiba Inus are usually washed out when mixed with such a small, dissimilar dog like a Chihuahua.

Some Shiba Chis, especially red-colored ones, do look like small Shiba Inus albeit having a rounder head, larger ears / eyes, and a lankier body type.

Disturbingly, some breeders mix Chihuahuas into Shiba Inu bloodlines in an attempt to produce a "mini" Shiba Inu.

Both Shiba Inus and Chihuahuas are relatively healthy dog breeds with few serious health issues. Shiba Chi's have a lifespan of 12-15 years.

Health issues to be on the lookout for in Shiba Chi's include:

Any reputable dog breeder would never purposely breed two different dog breeds together. They have already taken so much time, effort, and care into producing quality puppies that are healthy and conform to breed standards.

Designer dog breeders are often simply in the business for monetary gain. Many are puppy mill breeders. More about puppy mills here.

Due to being popularized in the media - many designer mix dog breeds command high prices.

Unlike purebred AKC dog breeds with parent clubs and other governing registries - designer dogs have very little, if any, oversight. Read more about the risks of designers dogs here.

Some Proponents of Designer Dogs Claim That Hybrid Dogs Are "Healthier"

There is a theory promoted by designer dog proponents that claim designer dogs, or hybrid dogs, are healthier because the mixing of two different breeds create "hybrid vigor" or heterosis.

While the heterosis claim sounds feasible, it simply isn't backed up by any scientific studies.

Should I Get a Shiba Inu Chihuahua Mix?

If getting a Shiba Chi means rescuing a dog in need - then yes, you should rescue a Shiba Chi.

However, other than rescuing a dog in need, we here at My First Shiba will never advocate for getting designer dogs. Never.

We believe in keeping the Shiba Inu breed as true to standard as possible. We also believe that most designer mixed dogs are from puppy mills or breeders that are simply interested in profit and not for the health of the dog or the betterment of the breed.

However, we understand that there are many circumstances when our readers already have a designer dog mix.