A Shiba Inu German Shepherd mix is fairly new to the designer dog scene. So new, that there is no official name to this cross, though some refer to this mix as "Shepherd Inus".

This article will help to inform you of what you can expect from a Shiba Inu German Shepherd cross. You will also learn more about the pros and cons of designers dogs.

An Overview Of A Shiba Inu German Shepherd Mix

Both Shiba Inus and German Shepherds are NOT dogs for novice dog owners. In the wrong hands, these two breeds can be difficult to control and train.

Germans Shepherds and Shiba Inus are beautifully striking dogs that are intelligent and loyal. They also are dogs that have a high prey drive and are prone to issues with aggression. 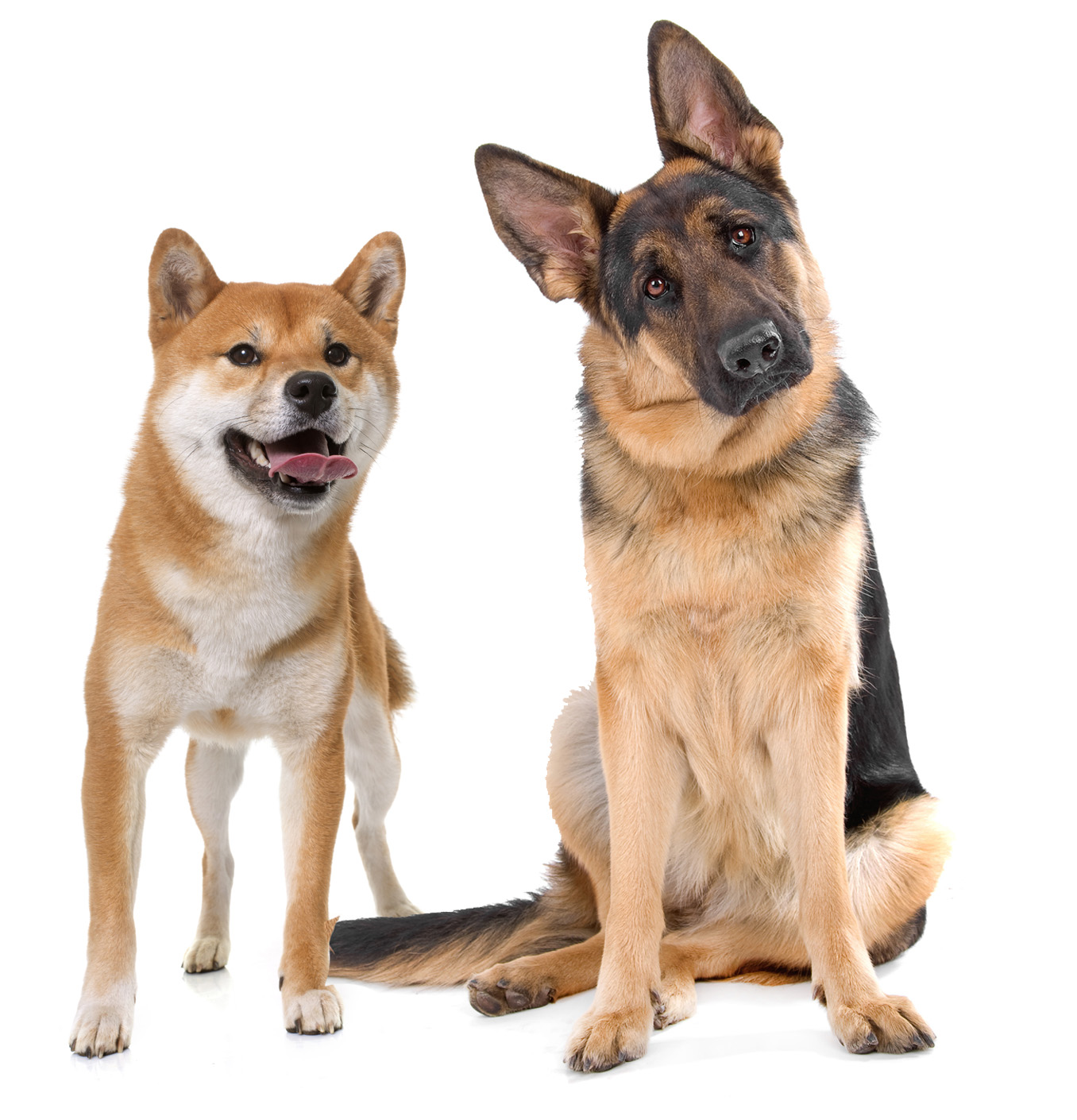 German Shepherds are more working dogs that are commonly used by Police Officers, military, and search / rescue. This type of dog needs a confident handler that is familiar with the needs of this type of working breed.

A Shiba Inu is classified as a non-sporting dog by the AKC. They are not working dogs and are actually somewhat difficult to train due to their stubbornness.

Crossing an independent and stubborn Shiba Inu with a German Shepherd which is a high energy, working breed can understandably produce a dog that may not be easy to handle and train.

Characteristics of a Shepherd Inu

A Shepherd Inus is a confident dog and medium to high energy. Shepherd Inus will not do well in a backyard with nothing to do - they need regular exercise and work.

A Shiba Inu German Shepherd mix will typically be a loyal, protective, and loving member of the immediate family. However, Shepherd Inus can tend to be independent dogs that do not crave too much affection.

However, Shepherd Inus are usually not friendly with strangers. Proper socialization at an early age is an absolute must with this dog.

Shepherd Inus are dogs with a high prey drive. Care must be taken to ensure that these dogs are safe when they are off leash. Obedience training should be done very early.

Commands such as heel, come, and stay should be the main focus of training until the dog is compliant with the commands.

Physical Characteristics Of A Shepherd Inu

Aside from the big difference in size, both Shiba Inu and German Shepherds share a somewhat wolf-like appearance. Both dogs have pointed, erect triangular ears and long snouts - with the German Shepherd's snout being longer. 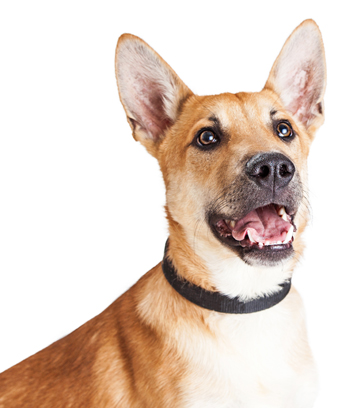 A Shiba Inu German Shepherd mix typically weighs between 40 - 60 pounds with the males being heavier. In terms of height, Shepherd Inus are roughly between 19" to 22" tall.

Shepherd Inus are strong and agile dogs. They have well-muscled bodies that are built for both power and endurance. These types of dogs need daily exercise and work for optimal health.

Shepherd Inus have short to medium length double coats. The most common coat color of Shepherd Inus are tan / red with black marking on the face and body. The outer coat is straight and coarse while the undercoat is thick and plush.

Normally, Shepherd Inus will fully blow their undercoats once or twice a year. Moderate brushing is required for this dog.

As a whole, Shiba Inus are healthy dogs with few serious health issues. The most serious of these issues include cataracts, glaucoma allergies, patellar luxation and occasionally hip dysplasia.

Recently, much controversy has centered around the noticeably sloping backs of German Shepherd dogs entered in dogs shows. The originally bred German Shepherds did not have this curved back feature because it would hinder them from being efficient working dogs.

Sloping German Shepherd backs started becoming normal in dog shows simply because a few influential breed authorities started to promote this feature when they noticed dogs with this feature a﻿﻿ccumu﻿﻿lated some "wins".

This sloping back feature is not a desired norm of the breed and should not be tolerated. Petitions against sloping GSD backs have been successfully filed, and the 2018 Crufts competition will include stricter standards that penalize this feature.

Because Shiba Inu German Shepherd mixes are new and relatively uncommon, long term health issues are not known at this point in time.

The life expectancy of a Shepherd Inus is between 12 - 14 years.

Designer dogs do not have any official organizations like the AKC to monitor breed standards, health, and conformation.

Because of this, anybody can breed designer dogs without any prior experience. Designer dog breeders can therefore produce dogs that have genetic issues, health issues, and / or temperament issues without penalty.

Typical AKC pedigree breeders, on the other hand, must answer to breed clubs, breed standards, and do rigorous genetic testings and health screenings.

Because of the popularity of certain designer breeds in the celebrity world, many breeders begin producing designer dogs simply for monetary gain, resulting in puppy mill like conditions for a lot of dogs. Read more about designer dog issues here.

Shiba Inu fanciers and admirers typically do not endorse mixing the Shiba Inu with any other breed, period. These fanciers believe that the Shiba Inus already possess a nearly flawless natural body that is designed for optimal functioning in the wild.

Those that endorse designer dogs believe that breeding two different purebreds will increase "hybrid vigor" or heterosis. These designer dog supporters also make claims that they can produce the "perfect" dog by choosing two breeds that best match the potential owners needs.

Should I Get a Shepherd Inu?

The decision to chose a dog breed is a highly personal choice that should be made with careful consideration into the consequences of your decisions. We here at My First Shiba Inu do not advocate for the breeding of designer dogs in general.

Instead, we use our platform to provide as much information as possible about the issue and let you as an individual make an informed choice.

Furthermore, there are many instances when our readers already have a designer dog mix and would benefit from the information we can provide about the particular hybrid being that the mixes we write about all involve Shiba Inus.