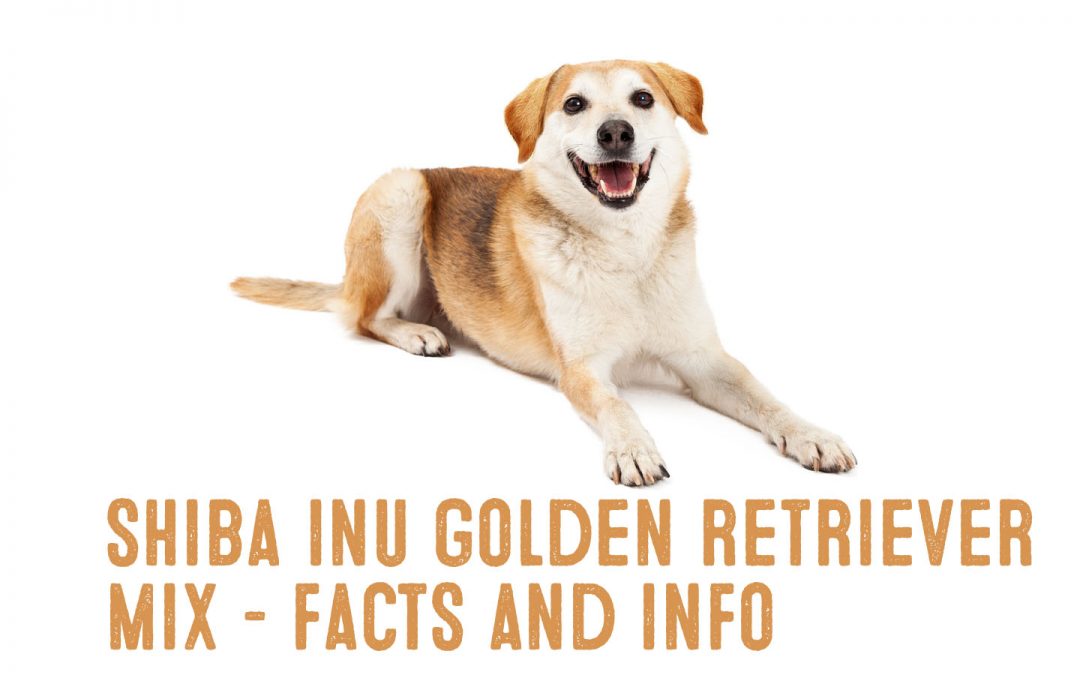 Whether the result of a purposeful 'designer dog' cross, or the result of an accidental mating, Shiba Golden crosses are active and curious dogs with a great deal of intelligence.

Read on to learn more about the Shiba Inu Golden Retriever mix.

Golden Retrievers and Shiba Inus differ a lot in their temperamental traits. A cross of these two breeds will commonly inherit a mix of each parent's personality.

Shiba Inus are an ancient Japanese breed. They were kept as hunting dogs, and are able to hunt and flush prey without excessive direction from their human handlers. 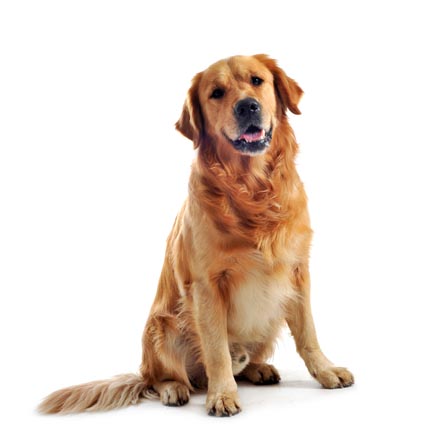 Independent thought and high intelligence are hallmarks of the Shiba breed. This can sometimes be mistaken as stubbornness or aloofness. This is why Shiba Inu dogs are often dismissed as difficult to train.

Golden Retrievers were bred as gun dogs and were often trained to retrieve ducks and other prey during a hunt. Golden Retrievers are also one of the favored breeds for service dogs and search and rescue dogs. This is due to their incredible capacity for gentleness and friendly companionship.

Their "golden" personalities has made Golden Retrievers one of the most popular breed of dog in the world.

Since both Goldens and Shibas are hunting breeds, they have deeply ingrained prey drives. You should introduce a Shiba Golden mix to other pets early.

Teach them that small pets, especially cats, shouldn't be the targets of their hunting instincts.

A Shiba Inu Golden Mix may lean towards the personality of either their Shiba Inu parent or their Golden Retriever parent. They may be either aloof and independent or sweet and loving towards their humans.

Most dogs that result from this cross will have a mix of personality traits, but will doubtless be intelligent and eager to do 'work'. This may simply mean a daily walk so that they can patrol the neighborhood.

They will also enjoy more challenging activities such as hiking while wearing a dog backpack, service work as a therapy dog, or other canine jobs.

There are some general features shared by many Shiba Inu Golden Retriever mixes. However, crossing two purebred dogs may result in a range of physical characteristics. 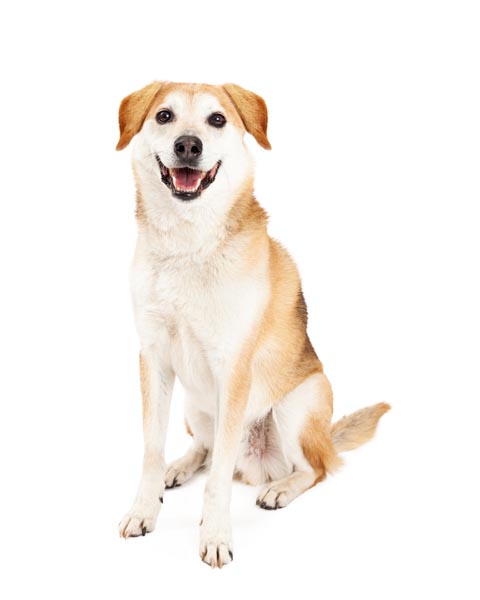 A Shiba Inu Golden Retriever mix will commonly result in a dog that has a thick or silky coat of medium length fur. The color of this coat ranges from honey brown, tan, and white colors.

Their ears may be upright, but the ears of most dogs of this kind will be floppy or partly erect.

The size of a Shiba Golden cross will vary from dog to dog. Shiba Inus are often less than 25 pounds while Golden Retrievers can weigh up to 75 pounds.

Depending on the size of the parents, most Shiba Inu Golden Retriever mixes should weigh between 30 and 50 pounds. But larger or smaller dogs are possible from this cross.

As a mix of two breeds, a Shiba Golden cross may avoid some of the inherited conditions that affect Golden Retrievers and Shibas. However mixed breeds are no less prone to genetic health issues than purebreds.

Keep in mind that there are a few conditions that may be more common to dogs of this particular cross.

Both Golden Retrievers and Shiba Inus are at risk for hip dysplasia, a deformity of the hip joint which can lead to crippling pain later in a dog's life. Cataracts and glaucoma are also sometimes inherited from these breeds.

A serious health concern that owners of any Golden cross should be aware of is cancer. Cancer is very common in Golden Retrievers and is the eventual cause of death for almost two-thirds of these dogs.

Obesity is also common in Golden crosses. Retrievers are bred to have sensitive mouths, and it is well known that a side effect of this trait is a strong love of food and eating.

Given plenty of exercise and a high-quality diet, you should expect a Shiba Inu Golden Retriever cross to have a live expectancy of between 12 and 15 years on average.

The Issues With Designer Dogs

While mixed breed dogs offer as much companionship and love to their families as purebred dogs, the demand for so-called 'designer breeds' of dogs can lead to problems.

The physical appearance and personalities of the puppies may be quite different from their parents.

Unfortunately, many prospective owners may have unrealistic expectations of their designer breed puppy. Some of these dogs can end up in a shelter if they aren't as cute as anticipated as adults.

Backyard breeders and puppy mills often breed dogs that aren't fit or have inheritable genetic conditions. Usually, these conditions don't show up until later in the dog's life.

Breeding female dogs suffer the worst. They often have multiple litters per year and suffer from serious health issues as a result.

To avoid these problems, only consider puppies from reputable breeders or rescue organizations.

Should I Get a Shiba Inu Golden Retriever Mix?

Before you adopt any dog, you should consider your ability to provide for their needs. Since Shiba Inu Golden Retriever mixes need more stimulation and exercise than average, you must be able to commit to daily walks or trips to the dog park.

You should also be able to financially care for a pet.

Obedience training is key to the well-being of a Shiba Golden mix. Although they may inherit a stubborn streak from their Shiba Inu ancestors, their intelligence will often make them quick and eager learners.

Given the athletic nature of both Golden Retrievers and Shiba Inus, a Shiba Golden cross is ideal for individuals who are active and enjoy outdoor activities like jogging, camping, and hiking.

You must be confident that you can handle a dog who is more energetic and intelligent than average. But if you have the patience and energy to open your heart and home to this mix, a Shiba Inu Golden Retriever mix may be a loving and companionable addition to your family.

We here at My First Shiba will never recommend the "purchase" of any designer dogs. However we do advocate for rescuing dogs in need.

Furthermore, there are many instances when our readers already have a designer dog mix and would benefit from the information we can provide about the particular Shiba Inu mix that they are caring for.