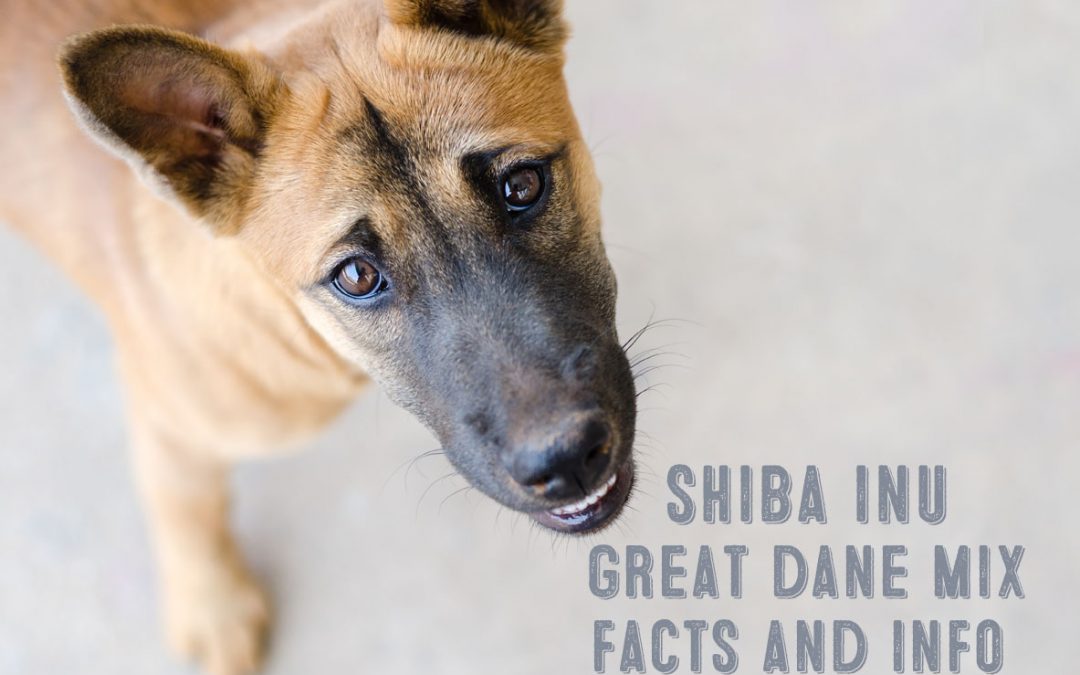 ​A Shiba Inu Great Dane mix is not a mix you will come across very often.

And I probably won't need to tell you why.

However, often does not mean never, so read on to learn more about the Shiba Inu 'Grande'. ​

Great Danes, a giant breed that originally hails from Germany, is one of the most recognizable breeds in the world.

This is due mostly to their enormous size- Great Danes can grow to be 40 inches tall at the withers, and can weigh up to 200 pounds!

Loving and docile, Great Danes are prized for their stellar personalities and extraordinary appearance.

The Shiba Inu is a Japanese breed that can trace their ancestry back hundreds, possibly even thousands, of years.

They are the smallest of the Japanese spitz breeds, and are extremely intelligent, loyal, and independent.

Courage is a noble personality trait that both of these breeds have in common.

Both Great Danes and Shiba Inus are known for being fearless.

Great Danes were bred in the forests of Germany to hunt wild boar. Wild boars are absolutely formidable animals- they are armed with huge tusks, and they charge when threatened.

To combat these terrifying animals, hunters needed imposing, large dogs to help them. And thus the Great Dane was born!

While it seems a little less obvious, Shiba Inus were also originally bred as hunting dogs. While they mostly hunted birds and small game, they were also known for occasionally hunting boar.

While they are significantly smaller than a Great Dane, they are just as audacious.

Great Dane Shiba Inu mixes will exude the confidence and bravery that is typical of both breeds.

While Great Danes tend to be very snuggle, Shiba Inus generally reserve their love and warmth for their owners, and are not often indiscriminately affectionate.

While each individual puppy will be different, Great Dane Shiba Inu mixes will be balanced dogs, neither too exuding nor too standoffish.

Great Dane Shiba Inu mixes will have a strong prey drive, thanks to both breed’s history as hunting dogs.​ 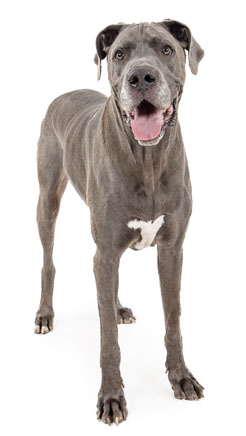 ​A mix between a Shiba Inu and a Great Dane will undoubtedly be a striking dog.

They will be quite large (though somewhat smaller than a purebred Great Dane) and, depending on the colors of each of the parents, are likely to be dazzling in color.

The Shiba Inu is also called “the brushwood dog,” which sounds unromantic but is actually a reference to their bright red fur, which in Shiba Inus is simply called “sesame” and is reminiscent of the color of fall foliage in Japan.

Purebred Shiba Inus come in other coat colors as well, such as black and tan, sesame and cream.

Great Danes also come in a variety of spectacular colors, including more unusual patterns such as harlequin, blue, and brindle. 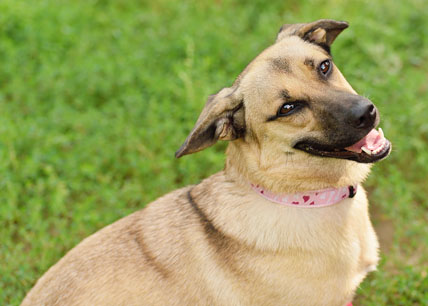 A Shiba Inu Great Dane mix’s color will depend largely on the parents, but they will likely to be short haired and have a fawn of dark brown / black coat.

While Great Danes have smooth, sleek coats, Shiba Inus are well known for their fluffy appearance.

Shiba Inu Great Dane mixes will be a nice mix- neither too furry nor too sleek.

Of course, the most striking thing about a Great Dane Shiba Inu mix is their size!

While they are unlikely to be as large as purebred Great Dane, they will look a little bit like shorthaired Huskies. Their tails may be either curled up like a Shiba Inu or straight like a Great Dane (or they’ll fall somewhere in the middle).

Both Great Danes and Shiba Inus are prone to a variety of breed-related health problems.

Unfortunatley, Great Danes are not known for their longevity - few make it to 10 years old, and many live only up to age seven or eight. This is due mainly to their size, though they are also predisposed to various types of cancer, heart disease, and hip dysplasia.

Shiba Inus are a little bit less delicate than Great Danes. They are known to have eye problems such as cataracts and glaucoma, as well as the occasional joint issue.

Mixing the breeds together may "hopefully" eliminate some of the problems that plague the Great Dane such as gastric torsion (when the stomach twists within the abdominal cavity), because so many of the Great Dane’s issues are related to their size.

Shiba Inu Great Dane mixes have a better chance of living a long life than a purebred Great Dane does, with a median lifespan of 9-11 years.

However there are some health issues that may be exacerbated in Shiba Inu Great Dane Mixes, such as joint problems (hip dysplasia, patellar luxation), as they are common in both breeds.

Health wise, mixing the Great Dane and the Shiba Inu will result in mixed results, and has much to do with the health history of the individual dogs involved.

In fact, all mixed breeds will vary largely and there is little we can do to predict the personality and appearance of each individual dog.

Some Shiba Inu Great Dane mix puppies will be large and docile like the Great Dane, while others will be smaller and aloof with strangers like the Shiba Inu.

While all modern breeds of dog are the eventual result of the careful and purposeful mixing of the various breeds over time, there is really no reason to do this nowadays.

Great Danes and Shibas are both such majestic and unique breeds that mixing them seem superfluous.

While Shiba Inu Great Dane mixes will be mellower than a Shiba and smaller than a Great Dane, there is something to be said about not mixing the two together and learning to appreciate both breeds for the distinct, and inimitable characteristics that make them so special.