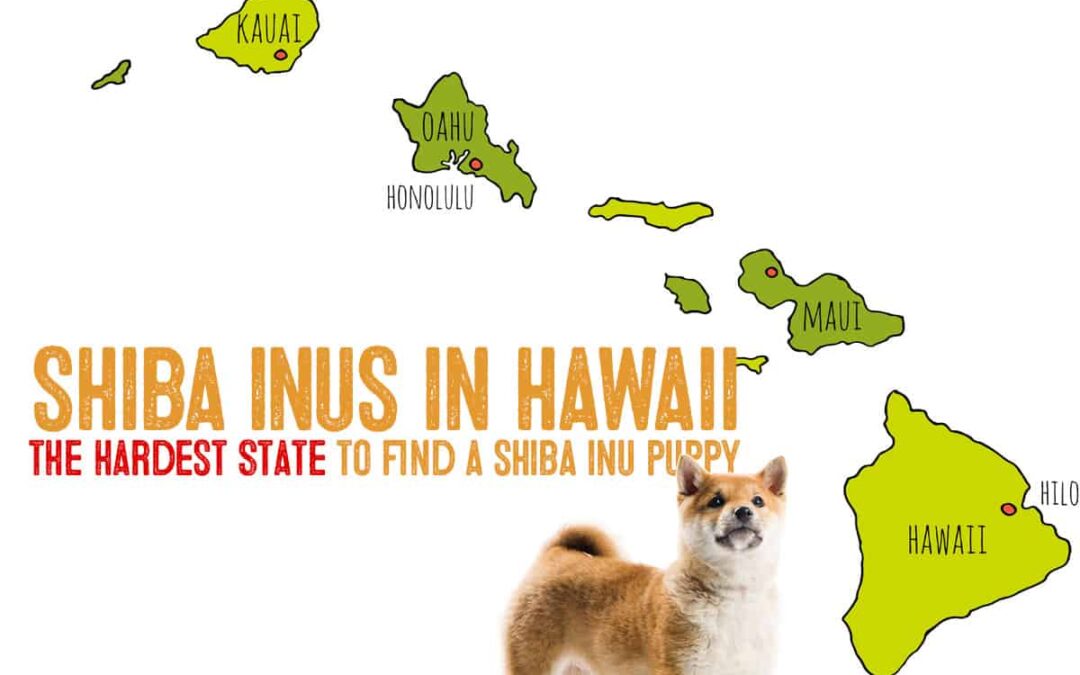 If you happen to be fortunate enough to live in the state of Hawaii - awesome! And what’z up sistah / braddah!

However, if you live in Hawaii and are thinking of welcoming a Shiba Inu puppy into your family - you’re in for some bad news.

And this really sucks because Hawaii ranks first amongst all other states in “interest” of the Shiba Inu breed. I know, because I did a Google Trends query.

All is not lost though.

Read on to learn the steps necessary to finding or importing a quality-bred Shiba Inu pup in the Aloha state.

Occasionally, we have leads to Shiba Inu puppies or adults available for adoption on Oahu. 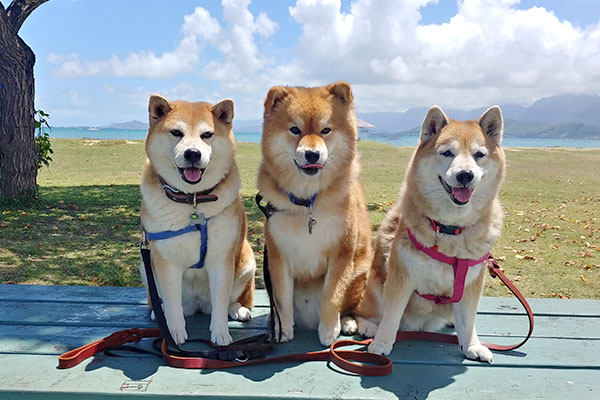 Hawaii, the “Aloha” state is home to a diverse population of ethnicities. A large portion consists of Asian inhabitants with the majority being of Japanese descent.

So it makes sense that the interest for Shiba Inus and all things “kawaii” is especially high in Hawaii.

One of the first local Shiba Inu groups, Shiba Inu Hawaii, formed over 12 years ago and still going strong with monthly play dates. 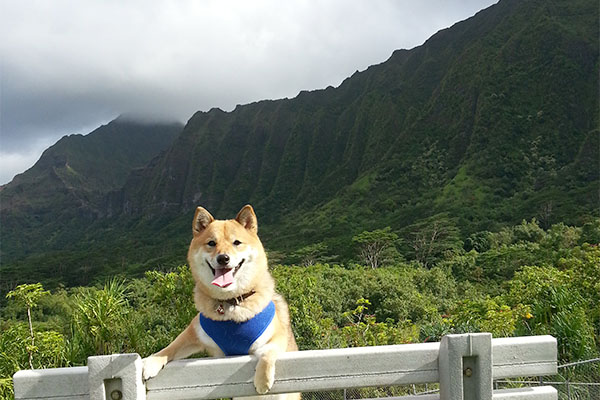 The Current State of Shiba Inus on the Hawaiian Islands

Because Hawaii is an isolated state smack dab in the middle of the Pacific Ocean, getting Shiba Inu breeding stock into the Islands is a challenge to say the least.

So what does this mean?

This means that due to the challenges of importing new Shiba Inu blood into the Island, there is a serious lack of reputable Shiba Inu breeders.

Also, without new blood to contribute to the bloodlines already circulating in the Islands - health issues are undoubtedly multiplying due to inbreeding depression.

This results in Shiba Inu puppies having a much higher likelihood of developing serious health issues.

In addition, the quality of the Shiba Inu puppies produced also suffers. 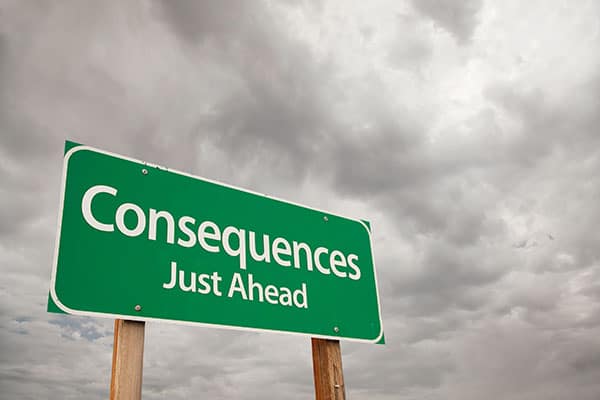 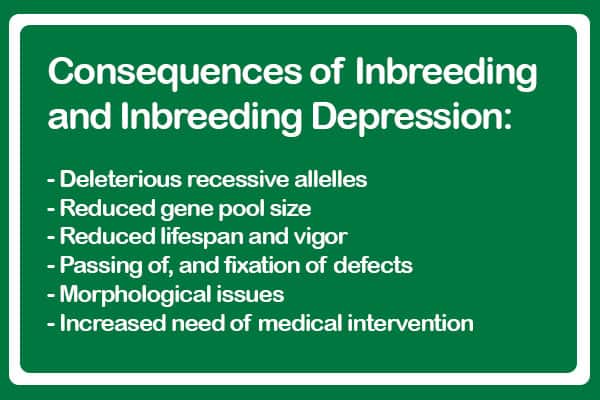 Experienced and "DEDICATED" Shiba Inu Breeders in Hawaii - A Rarity

Breeding any breed of dog is hard work.

And to do it well, breeders sacrifice loads of time, money, and effort in an attempt to produce the healthiest and best looking puppies available.

But doing it right means that the majority of reputable and ethical Shiba Inu breeders make very little, if any profit.

In many cases, they lose money because of their unwavering commitment to bettering the breed versus bettering their bank account.

And because it's so difficult to get dog's into Hawaii, very few breeders are willing to take on this challenge.

Which means the overwhelming majority of breeders that have Shiba Inu puppies available on a regular basis are likely not the type of breeder you want to get a puppy from.

There are of course thankfully, a few exceptions to this rule - but the above statement is currently the majority rule.

Instead of actually caring about the quality of Shiba Inu puppies they produce, these inexperienced / byb breeders care mostly about the quantity of pups and profit per puppy. 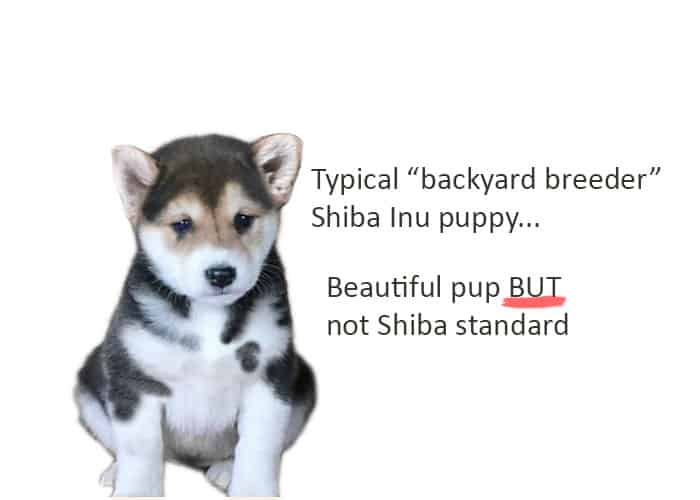 Puppies produced from these types of breeders fall in line with the classic “puppy mill” type of Shibas that share the following characteristics:

They’re pretty easy to spot as they have no qualms about showing their non-standard adults.

It’s hard to say if this is intentional (so as to seek out a less informed Shiba hopeful?) or if they are simply oblivious to their deleterious breeding programs?

Regardless, the stories I keep hearing from Shiba Inu owners in Hawaii are unfortunate.

Many of them had puppies that quickly needed medical intervention oftentimes costing thousands of dollars more than what they initially paid - which is considerable in it's own right.

Even worse, many of these backyard / inexperienced breeders have the audacity to charge “show dog” type prices for their inferior puppies - likely fooling those who falsely believe that high prices mean good quality.

It’s a sad situation all around - especially for the poor Shibas who are forced to breed when they really shouldn’t be. 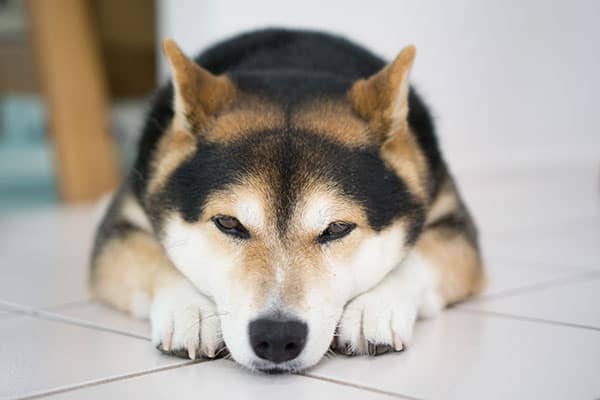 Where To Find A Shiba Inu Breeder in Hawaii

There are a handful, albeit very small handful, of Shiba Inu breeders in Hawaii that actually care about the breed and are doing what they can to produce healthy puppies.

However, due to the immense cost and time requirements it takes to import new blood, these types of breeders are very rare - almost non-existent.

And the puppies that they do produce already have good homes waiting for them way before even being conceived.

As a result, the only other breeders of Shiba Inus here on the islands would naturally fall under either the inexperienced breeder or backyard breeder category.

Note, within the "inexperienced breeders" category there is an important distinction within this group to consider.

Some inexperienced breeders are breeding "just to breed" can could care less about gaining knowledge, experience, and improved breeding stock.

On the other hand there are a handful of inexperienced breeders that are making a concerted effort to learn and gain experience in breeding well-bred Shibas.

So it's important to understand and learn how to recognize whether a breeder is a serious about their breeding efforts or not. 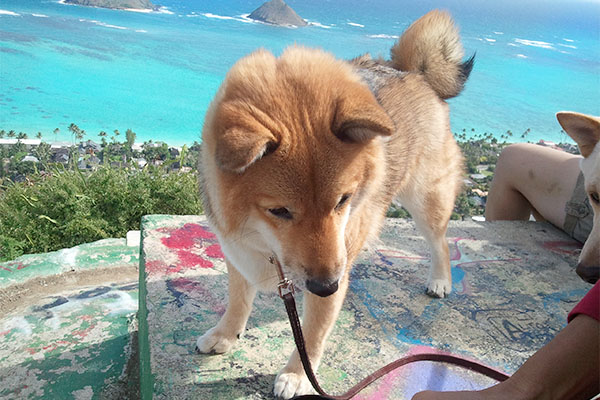 If you are set in your decision to bring home a new Shiba Inu puppy in Hawaii, the two best options you have are:

Attend dog shows and try to get referrals from other reputable dog breeders regardless if they breed different breeds of dogs.

If you are diligent in your research and networking you may be fortunate to be referred to a small, “boutique” Shiba Inu breeder willing to sell you a puppy or put you on their waiting list.

Here is a link to a list of dog shows happening in the Hawaiian Islands. 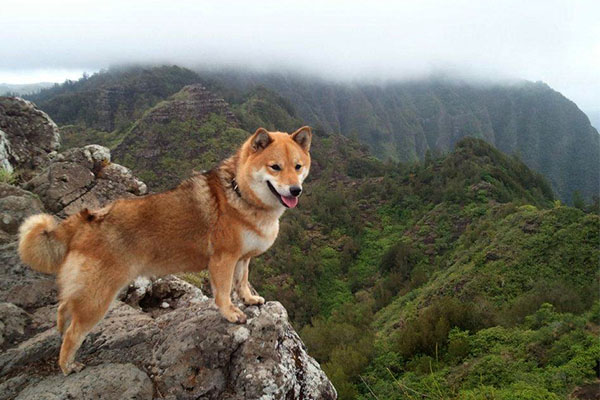 Importing a Shiba Inu puppy will cost a lot in terms of money, time, and effort.

However, in many ways it’s worth the extra money and effort because you’ll have a better chance of finding a healthy puppy and avoiding the devastating effects of serious health issues and vet bills.

The imported Shiba puppy will likely be a better conformed Shiba. And depending on the breeder you find, the Shiba will have a better chance of being temperamentally sound.

It’s a fact that many Shibas from inexperienced breeders suffer from temperament issues such as aggression, anxiety, and fearfulness. 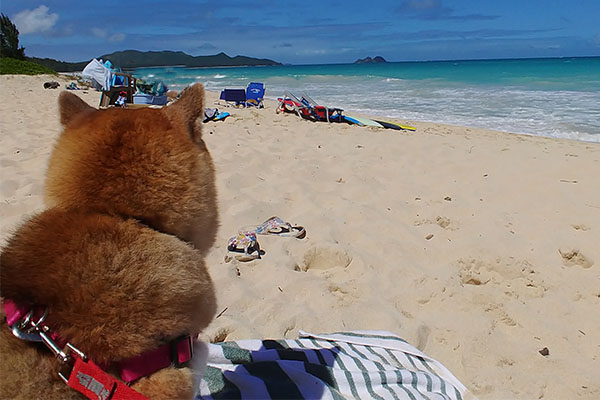 A Quick Primer on Importing a Shiba Inu Puppy To Hawaii

To import a Shiba Inu into Hawaii you first need to consider where you’re importing from. Most countries including the continental U.S. will require you to follow the state of Hawaii Rabies protocol.

However, there are four exceptions to this requirement:

- After the rabies vaccinations the pup will need to take a rabies FAV-N test, then after the results, if negative, wait at least another 30 days before entering the Hawaiian islands

This means the puppy would have to stay with the breeder an additional four months or so.

This may prove difficult as only a small number of breeders will be willing to accommodate this request.

Also, you’ll need to cover all of the additional expenses including the boarding of the puppy for the four extra months.

Additionally, you should also be aware that the breeder may charge more if you want the puppy to be socialized and trained during this important period of developmental growth.

It will be understandably easier to import a Shiba Inu puppy from either Australia or New Zealand, though you’ll need to do a lot of research into finding reputable breeders there as well.

However, the Shiba Inus from Australia are mostly "fair" quality, while there are very few Shiba Inu breeders in New Zealand.

In general, the better countries to import a Shiba Inu puppy include Japan (of course), U.S., and Russia (not the best time perhaps).

To forgo the extra four month wait, you could also consider purchasing an older Shiba Inu if a reputable breeder has one available. 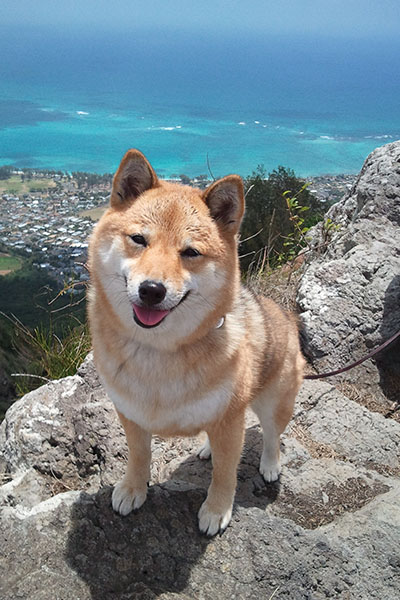 Most reputable breeders will never ever randomly ship their puppies which means, you’ll have to work hard in finding a breeder that will trust selling one of their dogs to you.

It also means, that you’ll likely have to fly in from Hawaii to pick up the puppy to bring home.

This again, will incur more costs and time on your part.

Since the Shiba Inu puppy will be around 5 months old, the pup will likely need to fit in a carrier for in-cabin transportation.

However, you should always check to see if that’s an option. 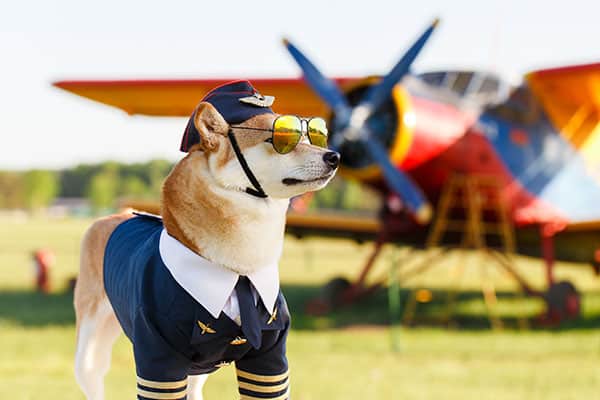 If in-cabin transportation is not an option, then you’ll need to fly the pup in cargo.

There’s usually around 3 openings per flight for pet cargo.

You’ll need to call the airlines in advance around a week before you want to fly out.

Additionally, there are temperature requirements you must be aware of.

Most airlines won’t fly with pet cargo if the temperature is either too hot or too cold anytime along the route at both the origination and destination cities.

This means, you need to do a lot of planning in terms of where you’ll be importing the Shiba Inu puppy from and what time of year it is.

With Hawaii being a subtropical climate, you’ll mainly need to be worried about hot weather versus cold.

So generally speaking, the best months to bring a Shiba Inu puppy to Hawaii would be: December, January, February, March and April. 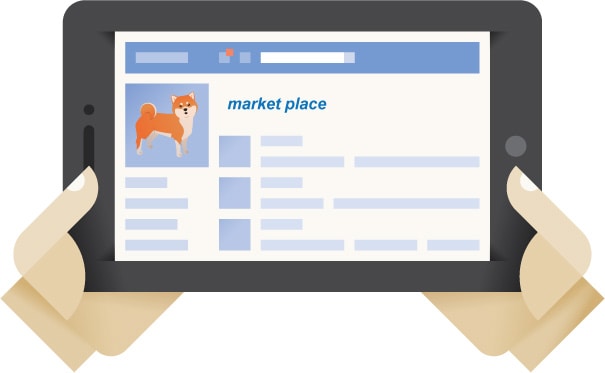 Where Never To Get A Shiba Inu in Hawaii

Never ever purchase a Shiba Inu puppy from a breeder that routinely “advertises”  their pups - especially on sites such as Facebook and Craigslist.

With the amount of demand for Shibas here in the islands, there’s no way that Shiba Inu breeders need to advertise their puppies at all.

UNLESS of course, they are backyard breeder types selling inferior and often sickly puppies.

Most hopeful Shiba Inu parents do a ton of research on the breed and can instantly spot and avoid these inexperienced / backyard breeder types.

However for those that are new / unfamiliar with the breed or unfamiliar with consequences of backyard type breeding programs - they are the main prey for the questionable breeders.

So if a Shiba Inu puppy advertised on any social media platform - either stay away or dig deep into researching the breeder and the breeder’s credentials. 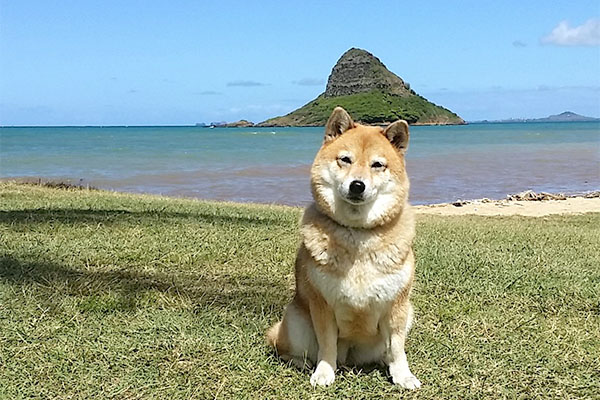 It’s clear that getting nice Shiba Inus into the Aloha state takes a lot of effort, time, and money.

And really, there’s no shortcuts to avoid this.

Buying a “byb” Shiba Inu puppy is your worst option and should never, ever be considered.

So if you live in the Aloha state and truly want a healthy and happy Shiba Inu puppy, always do the Pono thing. (IYKYK)