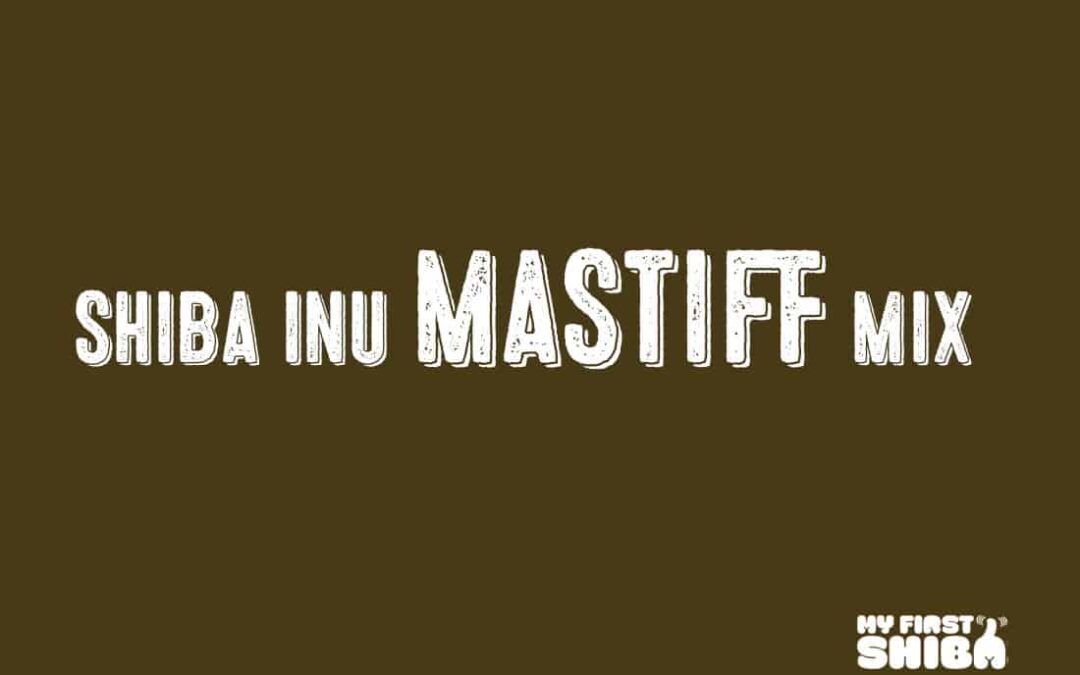 What happens when you cross a gentle giant with a feisty fox?

Due to the impressive size and personality differences between these two breeds, this Shiba mix is likely to pack a lot of character in however large they get.

If you are considering getting a Shiba Inu Mastiff mix puppy or dog for your home, there are a couple of things you need to know.

We have laid out the details of a Shiba Inu Mastiff mix below, so you can decide if this kind of dog is right for you. 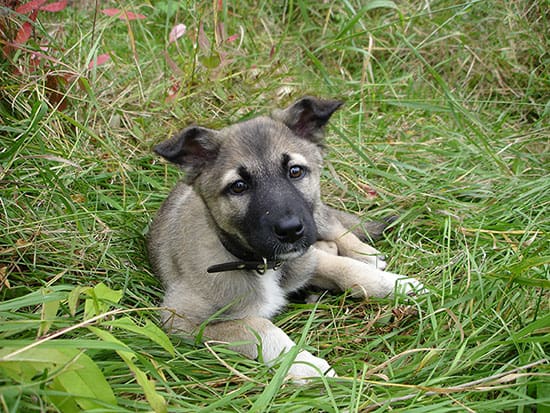 As with any mixed breed, the physical and mental traits of the dog is more or less a genetic lottery.

The personalities of Mastiffs and Shiba Inu are so different, that a litter from the two is going to be a massive question mark until they begin to mature.

That said, there are also some commonalities between Shiba Inu and mastiffs that are bound to show up in a mix of both. T

While Mastiffs tend to be gigantic dogs, they, like Great Danes, are extremely docile and gentle.

This isn’t because these dogs are timid but because they have instinctive knowledge for separating friend from foe.

For this reason, Mastiffs are incredibly lovable when it comes to their pack, calm and patient around children, and protective when the time comes.

This is similar to the Shiba Inu, who tends to be fiercely loyal when it comes to family. 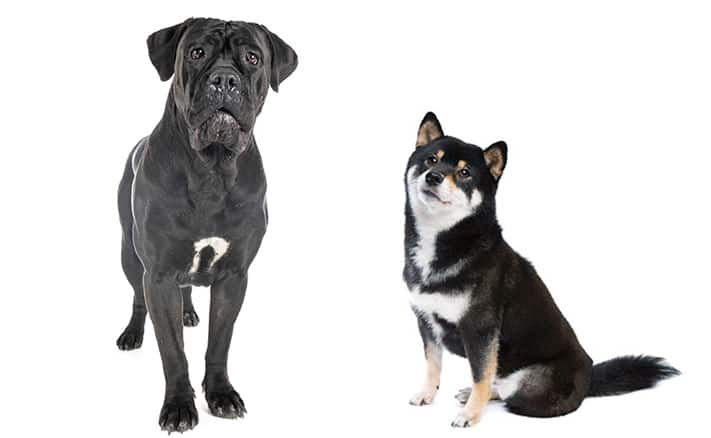 However, Shiba Inu are much more likely to shy away from strangers than a Mastiff would.

A Shiba Mastiff is typically going to be calm, loyal, affectionate, yet watchful of those they don’t yet trust.

Both Shiba Inu and Mastiffs can have a stubborn streak, but this is mostly going to manifest in a Shiba Inu Mastiff mix as selective hearing rather than overt defiance of what you say.

Easy to live with and generally relaxed and reserved, the Shiba Inu Mastiff mix will also be just as quick to give a bark, alerting you when someone is at the door.

These dogs won’t have as high a prey drive as a purebred Shiba Inu, but they do require both physical and mental stimulation, as well as a properly secured yard.

Socialization is key to getting Shiba Inu Mastiffs geared towards protection instead of aggression, and it will also stamp out any potential for bad behaviors, such as digging massive holes in the middle of the lawn. 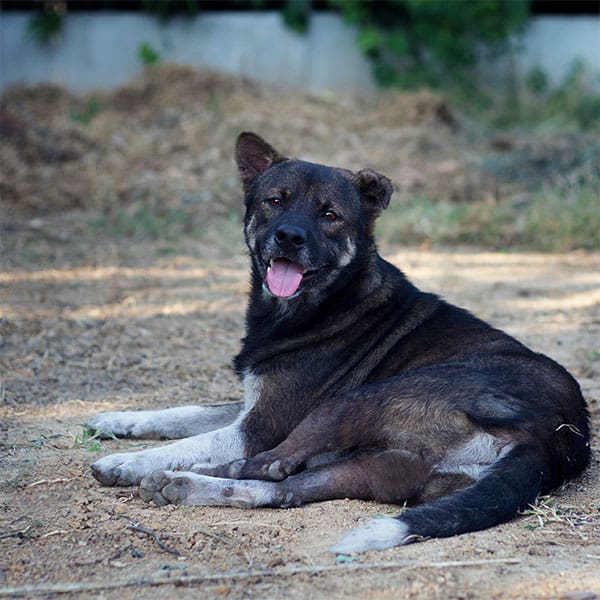 Physical Characteristics of a Shiba Mastiff

For this reason, the mixed breed will be much smaller than their Mastiff counterparts, but they are also going to be quite a bit larger than a regular Shibe.

The size of the Shiba Inu Mastiff mix will also be determined by which parent is female. A Mastiff mommy is more likely to give birth to larger puppies, simply because of anatomy.

So, your cute and cuddly Shiba Inu Mastiff mix pup could end up 50-80 pounds easily—but it all depends on the genetics.

Due such variance in breed sizes, it can be hard to predict final puppy size.

The brows are commonly wrinkled, and the snouts are tapered, with less jowls that a purebred Mastiff.

Ears can either be floppy or triangular and pricked.

Coat color will likely be black and tan or a muted red, depending on the colors of the parents.

Don’t want to deal with slobber?

Then you may not want to get a Mastiff mix of any kind.

While a Shiba Inu Mastiff mix isn’t going to leave puddles of drool on the floor, it still can be off-putting if you aren’t prepared for it. 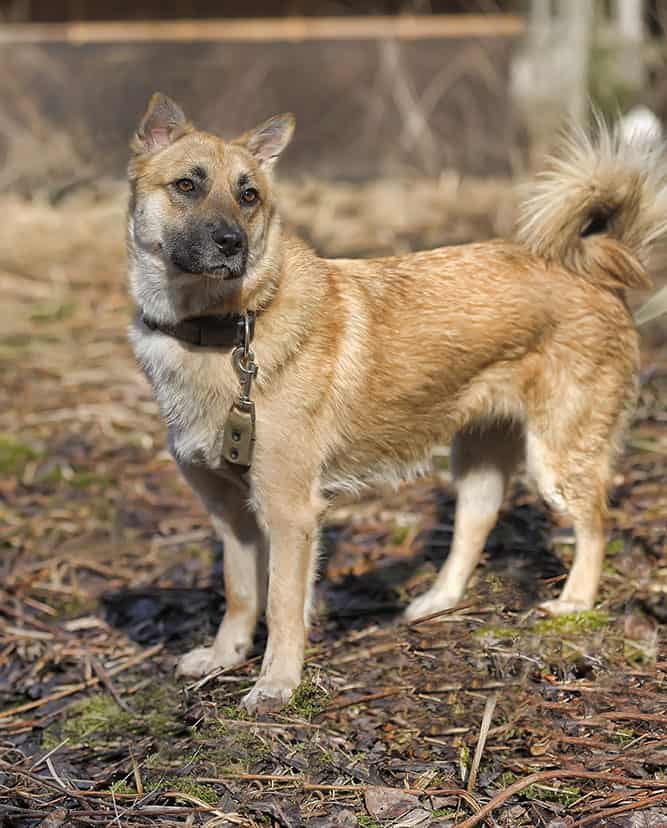 Health of a Shiba Mastiff Mix

In general, the bigger and heavier a dog is, the shorter the lifespan.

Because of this, the larger the Shiba Inu Mastiff mix, the lower their life expectancy.

This Shiba mix should have a lifespan between 8-12 years.

Here are some of the health conditions common in Shiba Inu Mastiff mixes:

A nutritious diet, plenty of exercise, and routine veterinarian visits will keep your Shiba Inu Mastiff mix happy and healthy for many years.

The combination of a "somewhat" lazy at times Shiba Inu and a equally lazy at times Mastiff means that this Shiba mix requires moderate exercise and activity.

Since Mastiffs are guardians who would rather sleep with one open, though, a Shiba Inu Mastiff mix is going to have low to moderate amounts of energy.

These dogs benefit greatly from daily exercise, but you don’t have to spend hours letting them burn off energy, making them great for less active owners.

Larger Shiba Inu Mastiff mixes should not be allowed to jump and climb stairwells repeatedly while they are growing puppies, as this could overtax their developing musculoskeletal system.

If your Shiba Inu Mastiff puppy plops down in the middle of the walk, don’t force them to keep going.

Carry them back home (if you can), or limit the length of the walks until they build some stamina.

While the Shiba Inu Mastiff mix seems fairly unlikely due to the tremendous size difference between the dogs, nature sometimes has it own opinions.

In that event, you get mixed breed puppies who are quiet yet curious, lovable, protective, and a bit sleepy.

A Shiba Inu Mastiff mix is going to be much smaller than a pedigree Mastiff, but they will retain much of the gentle giant’s calm energy and demeanor.

For this reason, you don’t need a large yard for this mixed breed.

In fact, they are a wonderful mix for apartment living, as well as for families with children.