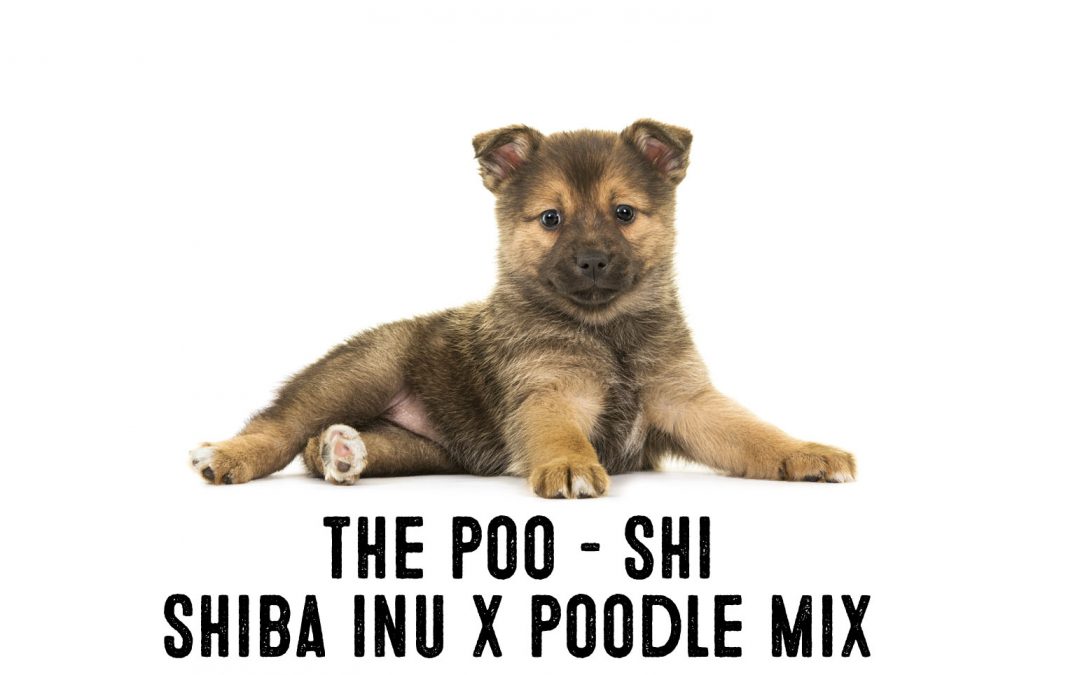 Perhaps you've been looking at Shiba Inu mixes and heard the word "Poo-Shi" thrown around here and there. A Poo-Shi,  is a quick slurring of the breeds Poodle and Shiba Inu, generally used by designer dog "breeders" to make their mixed breed pups stand out.

This article is meant to give you a quick "crash course" in designer dogs, their plusses and their drawbacks, and look at what exactly a "Poo-Shi" is.

Btw, they also go by the name of Shiba Doodles! Precious!

Personality of a Poo-Shi / Shiba Doodle

The Shiba Inu is a proud dog of a respectable heritage. Bred for hunting small prey, these dogs generally have a high level of prey drive. Shiba Inu are also well known for their sassy attitudes and "primitive" dog behaviors.

These spicy little dogs won't take anything lying down and will often ignore owners, even ones that they respect. While some Shiba Inus are biddable to an extent, you won't find them beating out Golden Retrievers for obedience awards.

But what about Poodles?

With Poodles, it mostly depends on their size. Toy and miniature Poodles have had some of their gundog capabilities bred out of them, but standard Poodles are a completely different story.

If your Shiba Doodles mix is of toy or miniature origin, the pup has a chance of lowering it's prey drive. It may still bark at squirrels and rip apart squeaky toys, but it's less likely to make a hunting buddy.

Both breeds end up with a hefty dose of aggression, depending on the Poodle being thrown in. 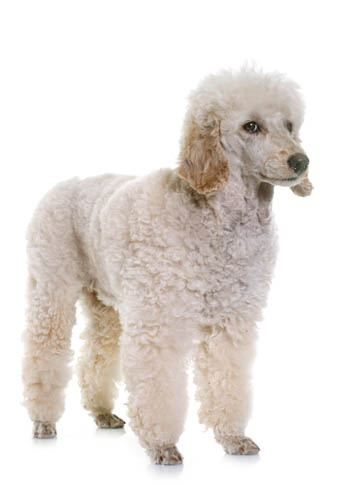 If your Shiba Inu Poodle mix shows any sort of aggressive tendencies, you must take proactive steps to remedy this issue sooner than later.

On the other hand, if you have a standard Poodle/Shiba Inu cross, you could train an extremely good hunting partner.

With the standard Poodle's background in bird dog retrieval and hunting and the Shiba Inu's background in small game, a Shiba Inu Poodle mix will have a high prey drive. Always ensure that they are securely leashed when out.

As a pet, any of the three Poodles and Shiba Inu crosses will make excellent home companions for years to come.

They will be fiery and tell you their opinions, but for those with a deep love of primitive dog attitudes, the Poodle addition should just help them get that across all the more.

Physical Characteristics of a Shiba Doodle

Your average Shiba Doodle has a high chance of inheriting a Shiba Inu double coat instead of a Poodle's.

However, coats may get a Poodle's wave or even some curl, giving them an attractive look.

Coloration will depend on the genetic background of the parents.

Stature will highly depend on which Poodle the Shiba Inu was mixed with and these mixes may run the gamut from 8 to 10 pounds, or up to 30 to 40 pounds.

There's really no such thing as a hypoallergenic dog, though certain dogs affect allergy sufferers a bit less.

Since Shiba Doodles have the coat of a poodle and a Shiba Inu, there's a good chance that Shiba Doodles won't affect allergy sufferers as much as some other breeds.

Allergies are essentially causes by a dog's dander, saliva, and urine.

Between the two breeds, eye issues seem to be the most prevalent health concern. Glaucoma and cataracts are already prevalent issues within the Shiba Inu bred.

With Poodles also carrying cataract and retinal issues, make sure that your pup's parents have had the full range of eye testing.

Other health issues to slow your dog down are joint and ligament issues. Patellar luxation and hip dysplasia are both becoming more and more common in all varieties of Poodle and within the Shiba Inu community.

Hip dysplasia happens when the hip joint is not well seated within the curve of the pelvis that it should settle in.

Patellar luxation is when the kneecap slides within it's groove. Both of these issues will likely require surgery in the long run.

The Issues With Designer Dogs

There is an enormous debate upon the problems with designer dogs, with many "breeders" noting "hybrid vigor".

"Hybrid vigor" supposedly comes from breeding together two separate breeds to try to eliminate the issues that closed breeding gene pools can create.

So, "hybrid vigor" is the attempt to allay this by introducing different gene pools to each other. To give a clearer picture: imagine that you only have a bathtub half full of acid, half full of water to drink from.

You drain half of the bathtub in front of you and open the tap to pour in more water. This gives you a tub full of 3/4ths water, 1/4th acid.

Do it again, and you end up with 7/8ths water, 1/8th acid. Attempts at "hybrid vigor" are trying to dilute concentrated gene pools precisely like this.

A lot of designer dogs are poorly created in puppy mill environments. Parents go untested for their breed's various inherited diseases because the "breeders" do not understand that "hybrid vigor" is a crack shot at best. Most designer dog "breeders" have only an elementary level of genetic understanding.

Some puppies may luck out and get some of that "hybrid vigor". But plenty more will just end up with a double dose of their parental breeds' poor genetics.

Should I Get a Poo-Shi / Shiba Doodle?

It depends on your preferences. A Shiba Doodle will be a bright, playful dog that should be very willing to please, with a stubborn streak.

It will have a fantastic attitude and probably not be the greatest dog around cats and other small pets without careful training.

If you desire a Shiba Doodle, we do want to state that we do not condone designer dog breeding, nor the purchase of designer dog puppies. We do however, always advocate for rescuing a dog in need.

We provide information about Shiba Inu mixes to help current and potential owners of this dog. With each article we write about Shiba Inu "mixes", we hope to inform readers about the downsides of designer dogs and the need for everyone to view all dogs as living beings that need care. They should not be seen as commodities.

There are already a plethora of "designer" dogs in shelters and rescues waiting for someone to love and care for them.

Yes, we know it's quite cliche, but please adopt and don't shop.