What Is A Shibu Inu Scream? 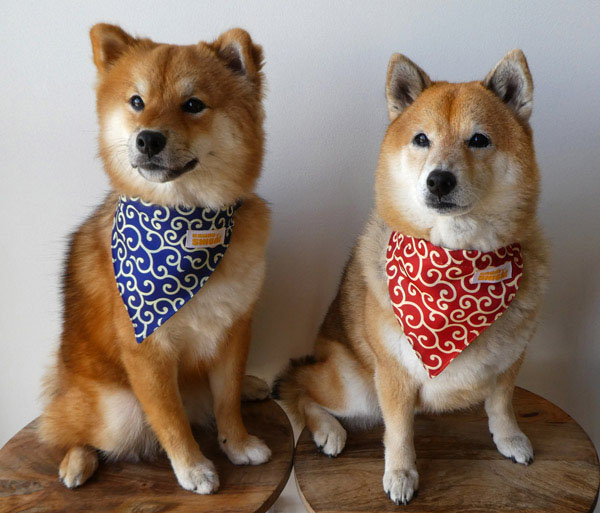 Every dog breed has it's own quirks, talents and unique traits.

There's the hot dog looking Dachshunds. The skateboard loving Bulldogs.  And of course the "Yo Quiero" Taco Bell Chihuahua.

The Shiba Inu's most famous trait is simply being the adorably cute fox-looking "Doge" dog that has captured the hearts of many on the Internet.

This Shiba Inu's other well-known trait is it's Shiba Scream. 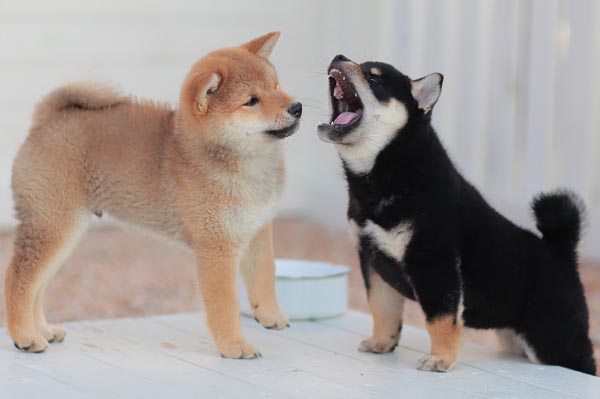 Shiba Inus are known to be Drama Queen Divas that can emit bloodcurdling Shiba screams at the least bit provocation.

The most common provocateur being nail trimming sessions.

Typically Shiba Inus are not the most vocal or "yappiest" of dog breeds.

They tend to bark or "Shiba scream" only when necessary.

In fact, many people confuse Shiba Inus with Basenjis, a similar looking but "barkless" dog. Basenjis don't usually bark but "yodel" instead.

However, Shiba Inus WILL let you know when they want to be heard. And they will make sure your hear it.

Why Do Shiba Inus Scream?

The Shiba Inu is among a few dog breeds considered to be very genetically close to wolves.

In the past, Shiba Inus were considered to be an "ancient" dog breed but recent research has concluded that Shiba Inus should be considered a basal breed rather than an ancient breed.

Because Shiba Inus are basal dog breeds that have very close genetic makeup to grey wolves they exhibit much more primitive behavior than modern dog breeds.

Hence, the Shiba Scream is a sort of unique take on the primitive wolf howl. The Siberian Husky is another wolf like dog that howls just like wolves.

In fact, many Shiba Inus also howl. And scream. And, yes of course, bark.
So you may very well have a Shiba Inu that screams, howls, and barks.

In other words - a noisy home.

A Shiba scream is a form of communication. The Shiba Inu is using the scream to make sure you can hear this communication LOUD and CLEAR.

The most common culprit of Shiba screams are nail trimming sessions, bathing, and vet visits.

This is the reason Shiba inu puppies should be extensively socialized starting from a young age and throughout their puppy development period.

Shiba Inu puppies that are correctly socialized and exposed to various handling procedures rarely have any problems with handling as adults.

Socializing and training a young puppy is so much easier than training a mature adult dog - especially with basal breeds such as Shiba Inus.

Shiba Inus also scream when they are happy and excited.

These happy Shiba screams usually occur when they greet their owners coming home.

It's not quite as loud as a Shiba scream but still very unique and very Shiba.

Shiba Inus are known to be "drama queens" and often communicate their displeasure in an exaggerated way - often in the form of a "light" Shiba scream or yelp.

For example, some Shiba Inus will emit a light Shiba scream simply if you give them the softest of "pinches" or pull on their collar in a way they don't like.

This sudden, and often high-pitched Shiba scream / yelp is often startling but funny at the same time.

Once you experience this for the first time, you will easily understand why Shiba Inus were give the drama queen title.

Shibas also scream when they're super happy or excited!

And it's the best thing ever.

Hearing them wail and holler in happiness upon your return is one the most gratifying things a Shiba will do for you.

So even though they may not be snuggly and cuddly, they'll still "sing" you praises in other ways.

How Do I Stop My Shiba Inu From Screaming?

If your Shiba screams due to happiness then of course, you'll never want that to stop! You'll probably end up learning how to scream along with them.

However, when your Shiba Inu is screaming due to distress you should find methods to calm your stressed Shiba.

It is important to stay calm and non-reactive at all times.

If your Shiba Inu is distressed due to nail clipping or bathing, try starting with gradual exposure using positive reinforcement techniques.

For example, if your Shiba Inu hates nail trimming, start with only brief nail "touching" or nail handling sessions.

During the sessions, periodically reward your Shiba with treats. Then, extend the handling / touching sessions longer and longer between treats.

Be sure to always be calm, confident and firm with your Shiba. Don't react and try to coddle your Shiba during screaming fits.

Also, be careful when trimming your Shiba Inu's nails. Don't trim too much at first - especially if you can't see the quick of the nail. If you accidentally hurt your Shiba by clipping the quick and causing pain, it'll be much harder to get your Shiba clipped the next time.

Try to make the sessions quick, positive, and non-eventful.

Be sure to reward your Shiba Inu with praise and treats after each session.

The Shiba scream is simply an endearing trait of a dog that want's it's happiness or displeasure to be heard.

Most of the time, even the loudest of Shiba screams is just a Shiba Inu overreacting.

It's one of the endearing things that make Shibas - Shibas.

However, excessive screaming or whining could be a sign of an overly anxious Shiba Inu that may need additional behavioral training / guidance.

Seek the advice of a dog behavior specialist in these situations.