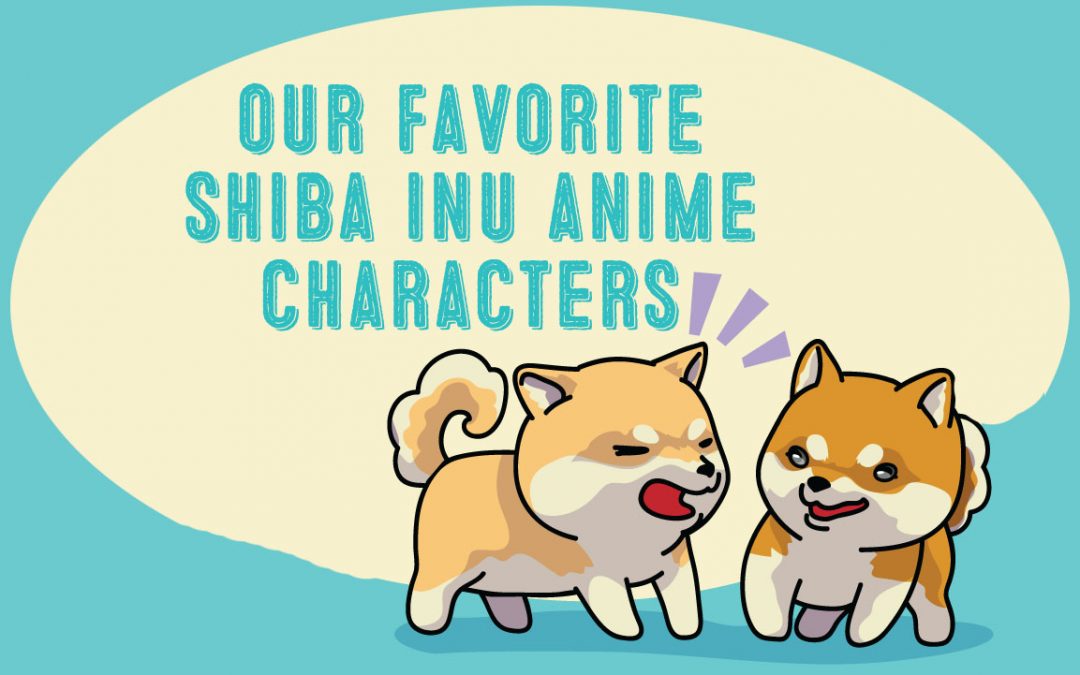 There is no denying the power of an animal on screen, whether it is real or drawn.

I don’t know about you, but anime are a whole lot more interesting when there are cute animals to gush over.

Since anime and animated films are so much better when Shiba Inu are included, here are some of the top anime with Shiba Inu anime characters for you to watch and enjoy!

Koromaru from Persona 3 the Movie: Spring of Birth

If you know the Persona 3 series, you know Koromaru, an albino shiba inu who is a playable character in the games and a protagonist in the movie. When Koromaru joined SEES, he was gifted with an Evoker for dogs that is seen as the metallic collar around his neck.

There is also an armband on his front left leg and a dog-sized shirt with wings. His personality is actually inspired by the famous Shiba Inu, Hachiko.

Koromaru is fiercely loyal and, despite being a dog, has incredible human-like intelligence.

This fluffy white doge wears a red and white cord around his neck.

Some claim he is a Japanese Spitz, but his overall body shape and personality seems to reflect that of a Shiba Inu (which is actually a variety of Spitz). In the story, Shiro works in Animal Hell, where he bites, attacks, and mauls all the unfortunate souls lost in the Underworld. He also seems to love money.

Tetsuya #2 from Kuroko no Basket

Though Tetsuya #2, an adorable character in this basketball anime, doesn’t have a breed actually listed, one can assume he’s either a Shiba Inu because of his expressive brows and markings, or a Husky-mix, because of the blue eyes.

In the anime, Tetsuya #2 is a typical dog that pees everywhere, attacks the ball, and can read the mood of the Seirin team then barks accordingly.

Owned by a main character of the series, Lieutenant Riza Hawkeye, Black Hayate is a character that is just as commanding.

A well-trained military dog, Black Hayate is a fun addition to the show. He was found on the streets by Master Sergeant Kain Fuery, who tried to find the dog a home amongst the team.

When Riza took him in, there was an instant connection.

In Chapter 37 of the manga, Black Hayate protects Hawkeye when she is attacked by leaping into the fray. Time and again, this little Shiba has his loyalty tested, but he never backs down.

Gintoki Sakata, Shinpachi Shimura, and Kagura are a trio of misfits who have a little white dog named Sadaharu accompanying them. Of course, on first glance, this cutie doesn’t look like much. Then as the camera moves back, you realize that Sadaharu is COLOSSAL!

See, while Sadaharu takes the appearance of a Shiba Inu, he’s actually an Inugami, or dog-god. His size depends on how many strawberries he eats and how much milk he drinks. Another one of his favorite pastimes includes biting off people’s heads.

Tobimaru from Stranger: Mukou Hadan (Sword of the Stranger)

With Tobimaru, there is no question that he if a full-fledged Shiba Inu anime.

Many people call Tobimaru the real MVP of the movie. Early in the film, the poor doge is poisoned by a Ming warrior.

To cure him, the main human characters, Nanashi and Kotaro, have to work together. Nanashi decides to help by taking Tobimaru to an apothecary, and while some things unfold that would spoil the whole plot of the movie, our boy Tobimaru is a hero that saves his master Kotaro in the long run.

There’s a couple of reasons why any dog lover would want to see Gakkou Gurashi! Many anime only focus on one aspect of having a dog as companion without ever looking into how much responsibility it actually is.

Taroumaru is a beautiful, affectionate dog, and the way the pet and owner get through their days is heartwarming beyond compare.

Also, while the anime looks kind of ridiculous in the beginning, you will be feeling emotions you never knew you could feel. Highly recommended.

The descriptive line for the manga is “the happy and daily life of Muco and Komatsu san.” Basically, you get a whole lot of Muco, a not-so-intelligent but comical shiba inu. She is called sweet and loveable, and her nose is always sparkling.

Together with Komatsu-san, a glassblower who lives in the mountains, she goes on many adventures, like walks to pond nearby the house.

There is always a Lovely Muco manga that is rather popular, so if you prefer reading to watching, then this story will probably suit you well.

Potato is our our honorary Shiba Inu anime pick simply for his adorableness and the fact that he is named Potato.

So, while the purpose of this fluffy-wuggins in the anime known as Air is to make you d’aw and cry and laugh in every episode, you can’t deny how cute Potato actually is.

Though there really is no telling what breed this little fluff ball is, Potato has the whole “bobble-headed” puppy thing going for him that puts your attention on him and his antics.

So, this anime is a bit confusing. It’s about a normal middle school girl named Ishibashi Chako who is enjoying the usual lifestyle of children her age.

Then, one day, her life takes an unusual twist when she notices the classmate beside her doesn’t look human at all.

In fact, Shiba Inuko-san looks exactly like her namesake. Of course, no one seems to really understand if this intelligent, polite, and gregarious fur-child is human or not.

Regardless, Chako makes friends with Inuko-san, and the two go on many comical adventures.

There you have it: a list of anime and anime movies that feature Shiba Inu. How many have you seen? Are there any that we missed? Of course, there is always the challenge of figuring out whether or not that cute anime doge is actually a Shiba Inu, Akita, or something else entirely; but the cuteness level of anime pups will never fade!