Because the dog world is being suddenly inundated with a variety of “designer” mixed breed dogs, we’re seeing a ton of different mixes between our favorite breeds.

Some of these hybrid mixes have become extremely popular, while others have still not gained traction.

One of the mixes that haven’t really caught on is the Shiba Inu Jack Russell Mix, or Jack Inu – and maybe that’s a good thing!

Shiba Inus and Jack Russels are two very different breeds. While both of them were historically bred as hunting dogs and are very dedicated and loving with their owners, the similarities pretty much end there.

Shiba Inus are a Japanese breed of dog. While they are considered a medium size dog, Shiba Inus are the smallest breed that is indigenous to Japan.

Shiba Inus are very popular pets thanks to their good looks, special personalities, and high intelligence.

Originally bred in the United Kingdom to be formidable rodent hunters, these feisty little dogs have found their way into living rooms across the globe. While still occasionally used on the hunt, Jack Russells are more commonly kept as pets. 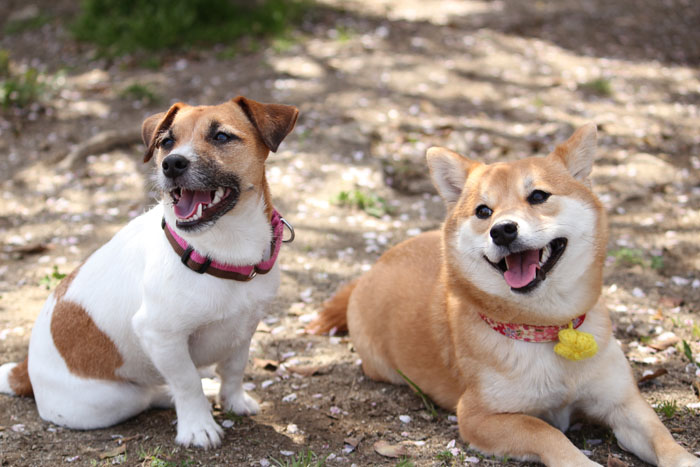 Shiba Inus and Jack Russells, while both very intelligent and independent, differ greatly in terms of personality.

While Jack Russells remain truer to their history as hunting dogs, both breeds still retain their innate prey drive and eagerness to please their masters.

Shiba Inus have very striking personalities. While they are very loving with their masters, they tend to be ‘one person’ dogs and are often diffident with strangers.

Shiba Inus are often described as “cat like”– they are a very independent, quiet, and intelligent breed that possess a feline like dignity. Jack Russells, on the other hand, are typical terriers.

Spirited, brainy, and confident, these little dogs are best known for their tenacious personalities.

A Shiba Inu Jack Russell mix is going to be an extremely intelligent dog- maybe even too smart for their own good! They will be mistrusting of strangers but extremely loyal to their human family.

Given the high energy of the Jack Russell, Shiba Inu Jack Russell mixes will be very high-energy dogs and will require a lot of mental and physical stimulation.

Since neither breed is known for being indiscriminatingly effusive, a Shiba Inu Jack Russell mix will be an independent dog that will seek out affection when they want it, rather than when you want to give it!

Both Shiba Inus and Jack Russells are relatively small dogs, so Shiba Inu Jack Russell mixes will be no different.

They will weigh between 10-18 pounds when fully grown, with females weighing a little less than males, and will grow to be roughly 12-15 inches tall at the shoulders.

Because both the Shiba and Jack Russell have elongated snouts and graceful features, a Shiba Jack Russel mix will be a very sleek little dog. They will retain the triangular, upturned ears of the Shiba Inu and the dark, expressive eyes of the Jack Russell.

Shiba Inu Jack Russell mixes will lose much of the plushness of the Shiba coat, thanks to the wiry fur of the Jack Russell. They will have short hair, which, thanks to the colors of the parent breeds, will likely be brown, or red with white mixed in.

Shiba Inus come in a variety of striking colors, such as red, brown, cream and a mix of all three. Jack Russells, on the other hand, are predominantly red and white or brown and white. Essentially, Shiba Inu Jack Russell mixes will look like quite a bit like small, short haired and wiry Shiba Inus.

Thankfully, both the Shiba Inu and the Jack Russell are relatively healthy breeds. However, just like most purebred dogs, both breeds are susceptible to a variety of genetic health conditions, and there’s no guarantee that mixing the two breeds will do anything to alleviate them!

Jack Russells are also prone to diseases of the eyes, hip problems, and patellar luxation, which means that Shiba Inu Jack Russell mixes will be especially disposed to to all three. This is especially unfortunate and goes against the common misconception that mixed breeds are inherently healthier than their purebred counterparts.

While some Shiba Inu Jack Russell mixes will not suffer from any of the aforementioned health issues, some unlucky pups may inherent these conditions from either or both parents.

Shiba Inu Jack Russell mixes will be intelligent, independent and loving dogs. However, that doesn’t mean that it’s necessarily a good idea to purposefully create them!

Despite common misconceptions, crossbreeding is never a guarantee of superior health. In fact, since both the Shiba Inu and the Jack Russell can suffer from very similar genetic health problems, breeding the two breeds together may actually exacerbate the potential for health problems in the puppies.

Other than the health risks, there is also the question of valuing the integrity of each breed separately.

As with most purebred dogs, both the Shiba Inu and the Jack Russell are the result of centuries of careful breeding. While both breeds are now most commonly kept as pets, they both have rich and varied histories.

The Jack Russell was bred to be a tenacious and loyal hunting dog and they are well loved for their vivacious personalities and energy. Shiba Inus, on the other hand, are valued for their beauty and independent personalities.

Mixing the two together, no matter how cute the resulting puppies may be, detracts from the individuality of both breeds.

If you love Shiba Inus and Jack Russells, it may be better to just get one of each rather than mixing them together! 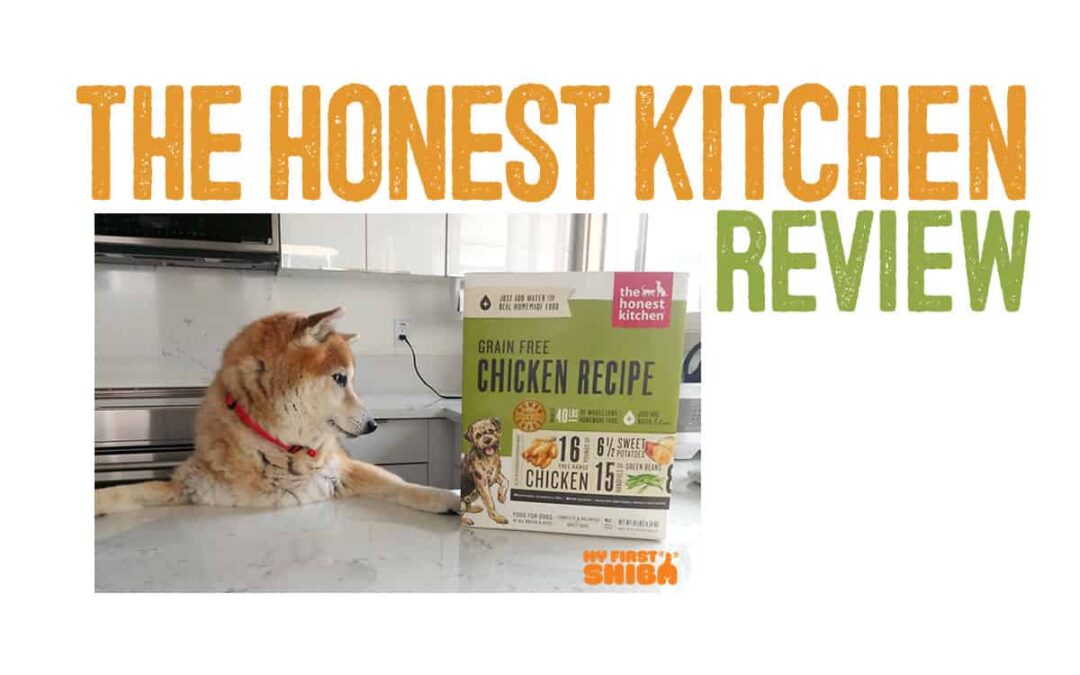 On occasion, our posts contain affiliate links. However, we only recommend products that we truly believe in. For more information, visit my privacy policy page. By now, it should be a no-brainer to understand that what feed our dogs is the single most important... 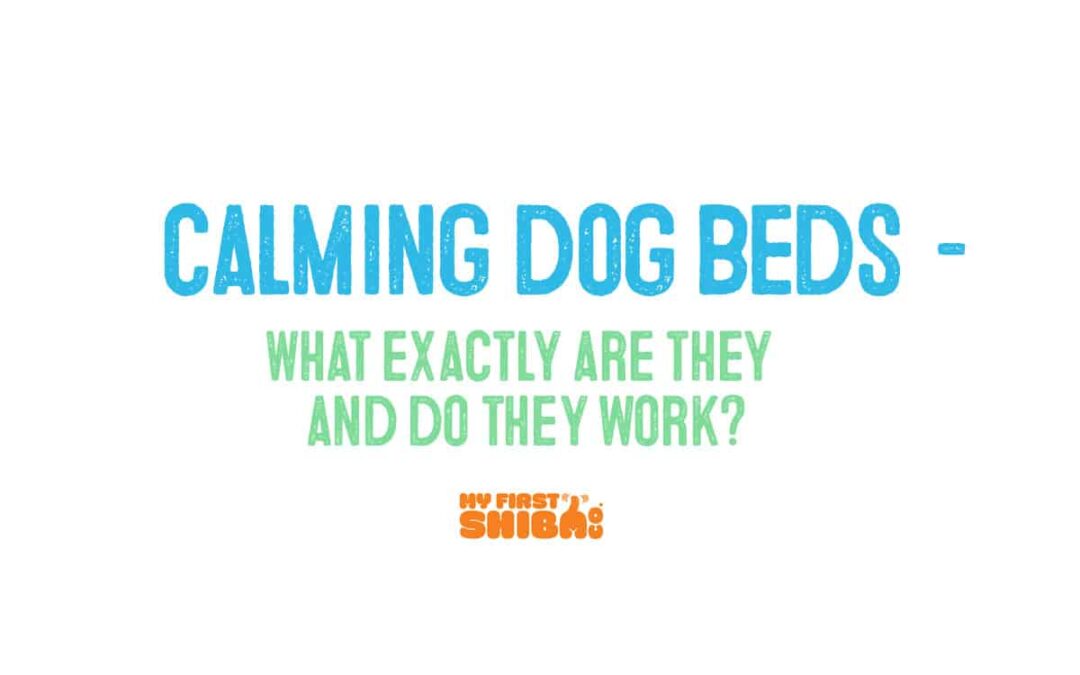 On occasion, our posts contain affiliate links. However, we only recommend products that we truly believe in. For more information, visit my privacy policy page.Calming dog beds are an absolute must for any dogs dealing with anxiety issues.But don't be too... 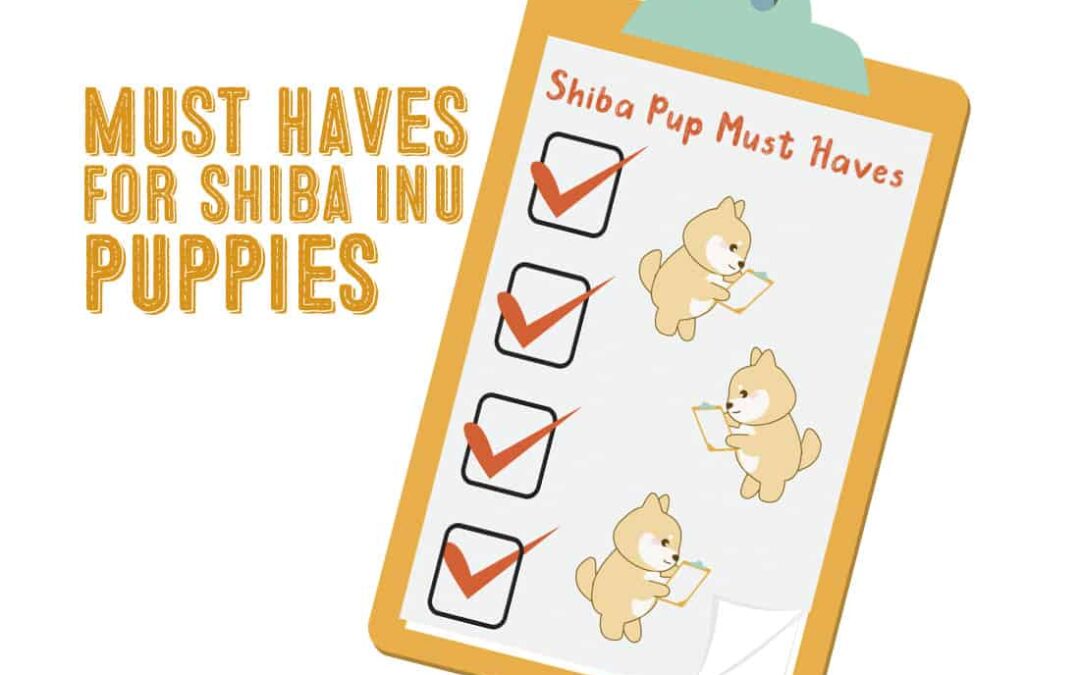 On occasion, our posts contain affiliate links. However, we only recommend products that we truly believe in. For more information, visit my privacy policy page​. BACK IN STOCK... Karakusa Bandanas Bringing home a new Shiba Inu puppy is no doubt an exciting time...

On occasion, our posts contain affiliate links. However, we only recommend products that we truly believe in. For more information, visit my privacy policy page​.Celebrating the holidays isn’t the same without your most beloved family members.If you’re crazy...

On occasion, our posts contain affiliate links. However, we only recommend products that we truly believe in. For more information, visit my privacy policy page​.What is a Martingale Collar? ​A Martingale collar, also known as a limited slip collar is a type... 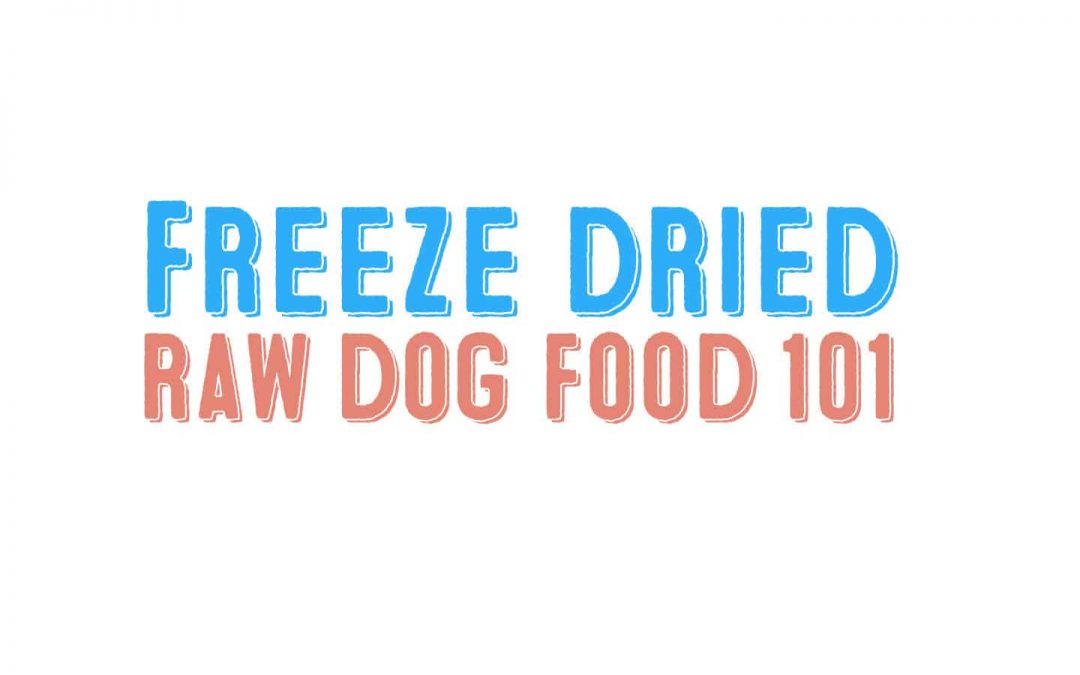 On occasion, our posts contain affiliate links. However, we only recommend products that we truly believe in. For more information, visit my privacy policy page​.Raw feeding, BARF, No grain, ancestral diet, high prey model diet....Many dog owners are looking for... 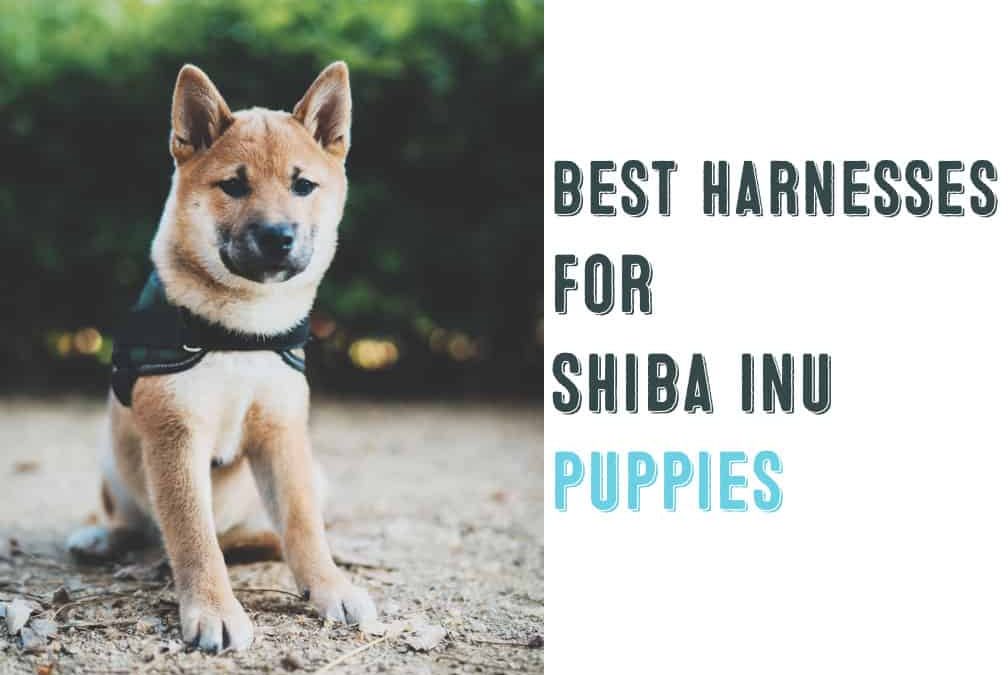 On occasion, our posts contain affiliate links. However, we only recommend products that we truly believe in. For more information, visit my privacy policy page​.One of the very first decision you're going to have to make when you take home your new Shiba Inu... 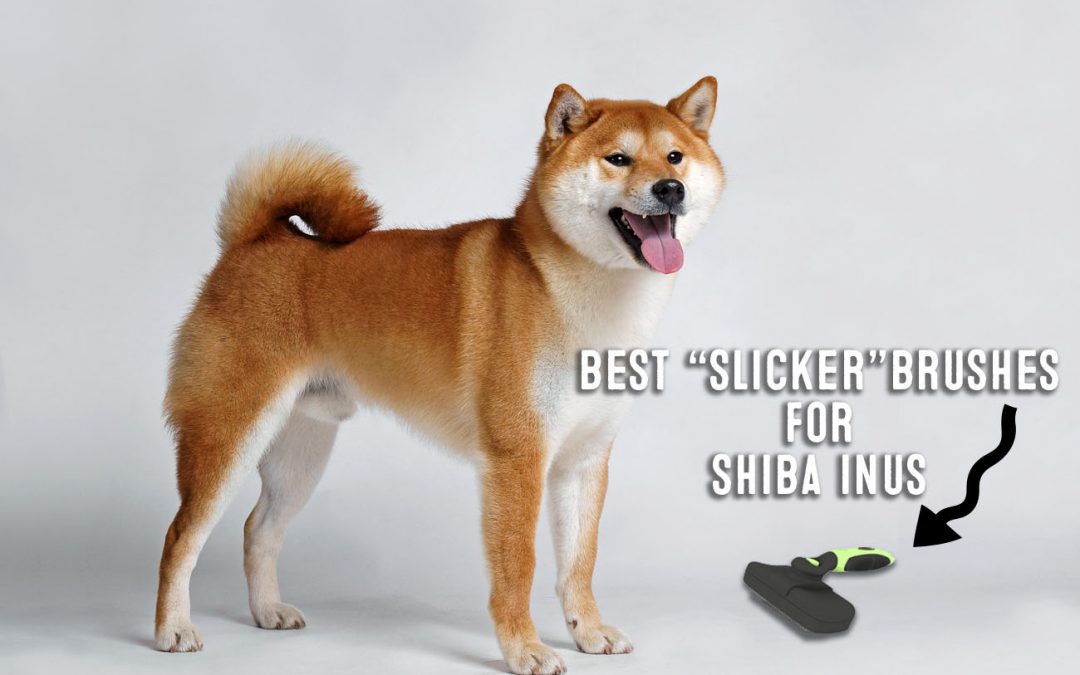 On occasion, our posts contain affiliate links. However, we only recommend products that we truly believe in. For more information, visit my privacy policy page​.BACK IN STOCK...Karakusa BandanasKeeping your Shiba Inu's coat beautiful really doesn't take much... 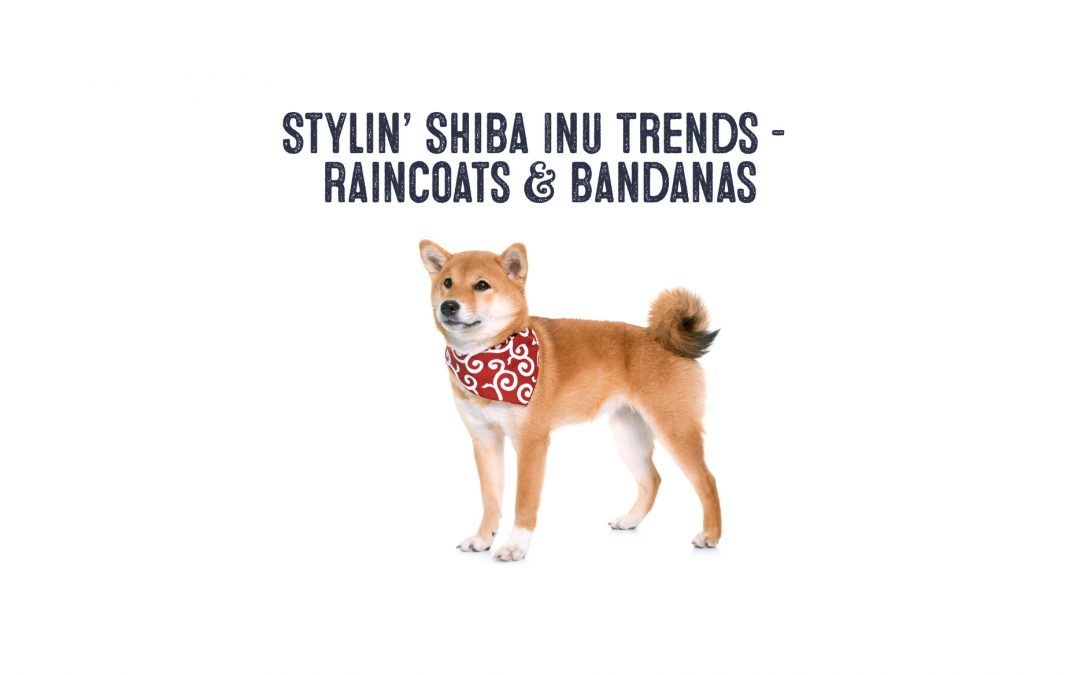 On occasion, our posts contain affiliate links. However, we only recommend products that we truly believe in. For more information, visit my privacy policy page​.There's nothing cuter than a Shiba Inu in a backpack.Seriously, it's the cutest thing!But aside from...