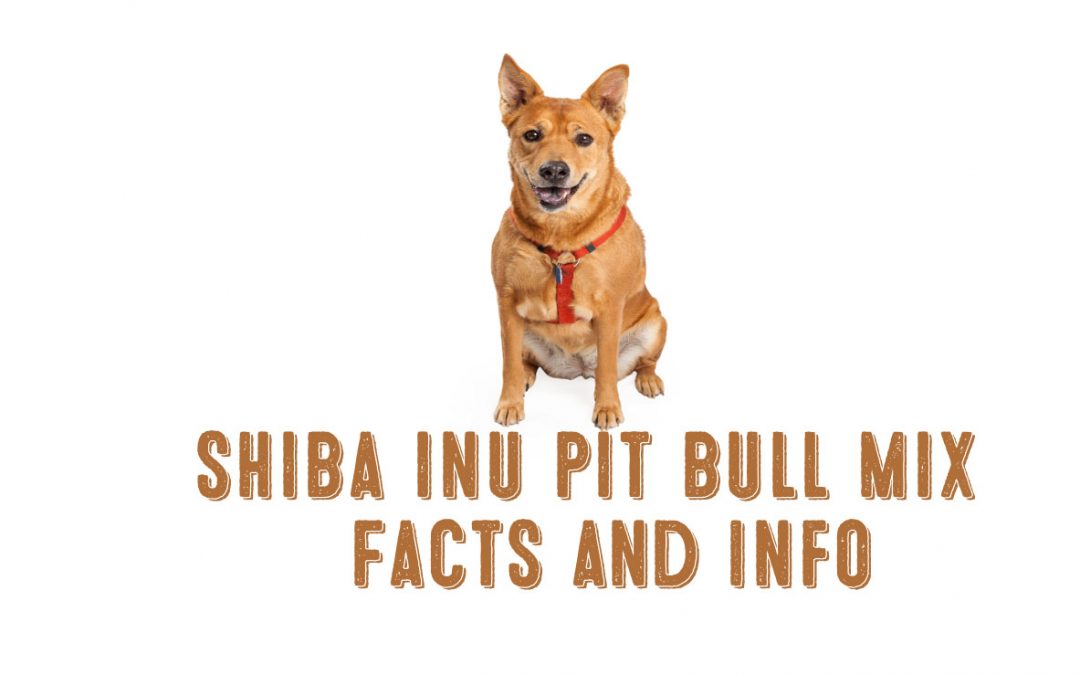 A Shiba Inu Pitbull mix is a rather rare hybrid mix - most likely the result of an accidental mating.

Shiba Inus are a unique breed of dog that originally comes from Japan. While they were originally bred as hunting dogs, Shiba Inus have become extremely popular pets, particularly because of their striking good looks and unique personalities.

While they were originally bred to be bull-baiting dogs in the United Kingdom, they found their way to the United States and became immensely popular.

In fact, there are currently over 700,000 Pit Bulls in the USA. With their muscular frames and goofy personalities, they have found their way into the hearts of millions of dog owners across the world.

On paper, Shiba Inus and Pit Bulls could hardly be more different!

The strapping and lovable Pit Bull is a far cry from the foxlike and independent Shiba Inu.

Keeping that in mind, what would a Shiba Inu Pit Bull mix look and act like? 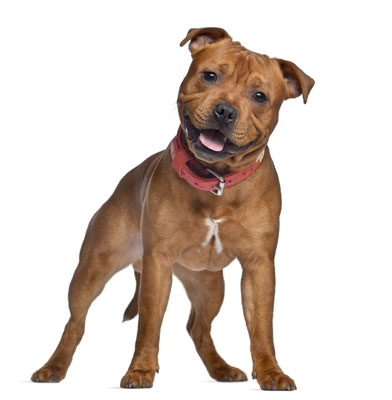 A well-socialized Pit Bull is usually goofy- they are loving, good-natured, and very social. They love nearly indiscriminately, and are great lovers of children.

People who own Pit Bulls rave about their gentle nature and fun loving attitudes!

They have a tendency to be a little bit aloof, very discriminating with their affection, and are a little bit cat-like in their demeanor. While they can get along with kids, they generally prefer the company of mature adults.

Shiba Inu Pit Bull mixes will show characteristics of both breeds. The Pit Bull influence will make for a more rambunctious dog, but the inherent reserve of the Shiba Inu will temper the dog’s boisterousness to more manageable levels.

They will be well-balanced dogs, neither too friendly nor too reserved.

Shiba Inu Pit Bull mixes will be relatively obedient and make friendly pets, if well trained. The intelligence of the Shiba and the eagerness to please that is common with Pit Bulls will make for a very trainable dog.

Mixing the breeds may also result in a calmer dog- Shiba Inus, despite their history as hunting dogs are not particularly riotous, while Pit Bulls are known for being very active.

However, don’t be fooled into thinking that Shiba Inu Pit Bull mixes will be couch potatoes- nothing could be farther from the truth!

They will need quite a bit of exercise, both emotional and physical, to be happy and healthy.

If you want to picture what a Shiba Inu Pit Bull Mix looks like, we have a few hints.

They will have shorter hair than a Shiba, with some of the muscularity of the Pit Bull. In fact, they will look a little bit like shorthaired Akitas (but a little shorter!)

Purebred Shiba Inus are significantly smaller than Pit Bulls, both in weight and in height. Mixing the two breeds will create a muscular, fit dog, which will weigh between 20-45 pounds and be roughly 15-18 inches tall at the withers (shoulders.)

Shiba Inu Pit Bull mixes will usually have the upright ears of the Shiba Inu, which is generally a dominant trait.

As far as their color, it will depend almost entirely on the colors of the parents. Shiba Inus come in a variety of coats (red, black and tan, sesame, and cream) and the color variations of Pit Bulls are nearly endless (blue, black, white, tan, cream, brindle, etc.)

Shiba Inu Pit Bull mixes won’t have the plush coat of a Shiba Inu, but nor will they be sleek like a Pit Bull. They will have medium/short hair that will shed once or twice a year.

Shiba Inu Pit Bull mixes will have sharp facial features, thanks to the almond shaped eyes that are prevalent in both breeds.

Both Pit Bulls and Shiba Inus are relatively healthy breeds. Both live an average of 12-14 years, which is what you can expect from a Shiba Inu Pit Bull Mix.

Pit Bulls and Shiba Inus are both prone to eye issues, especially as they age, a fact which may be exacerbated by mixing the breeds.

Both breeds also tend to be sensitive and suffer from allergies, so expect a Shiba Inu Pit Bull mix to have seasonal or food allergies as well.

Unlike Pit Bulls, which are susceptible to joint problems like hip dysplasia, a Shiba Inu Pit Bull mix may have a reduced risk, thanks to the Shiba’s generally healthy joints.

Highly intelligent and biddable, they will be very responsive to training and very attuned to their master’s needs and requests.

They are likely to be very active, though not excessively so, thanks to the calmer nature of the Shiba Inu.

That being said, Pit Bull mixes are some of the unluckiest dogs in the United States at the moment, and make up the vast majority of dogs in shelters.

In fact, many people will not recognize a Shiba Inu Pit Bull mix for what it is, and will write them off as just another Pit Bull mix.

Because of this, there is no good reason to purposefully mix the two breeds together.

There is also something to be said about appreciating the two breeds for what they are.

Pit Bulls are loving, rambunctious, family loving dogs, while Shiba Inus generally bond with one person and are a little more discreet with their affection.

There are plenty of breeds that fall somewhere in the middle of these two extremes, so there’s no reason to create a new mix with the Pit Bull and the Shiba Inu!

If the puppies are born as a result of an unintentional breeding, the hope is that the Shiba Inu Pit Bull puppies will be given to a loving home that can appreciate this special mix of two very unique breeds.

They’re certainly going to be a handful!