Why Do Shiba Inus Dance? 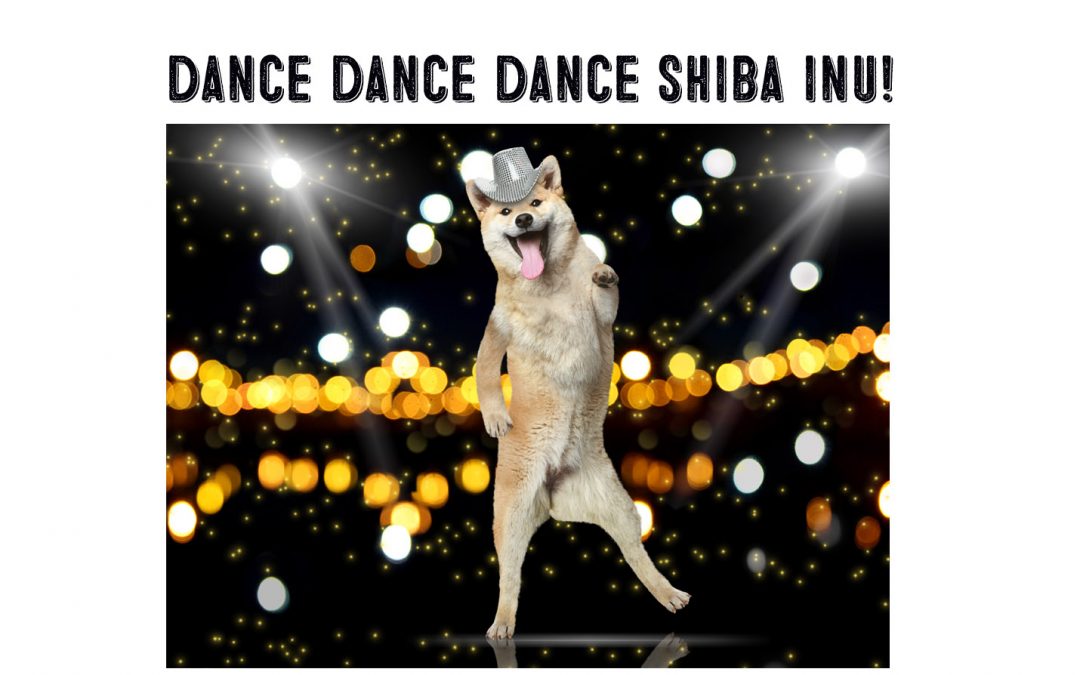 There are dozens of Shiba Inu dancing happily on videos circulating around the internet.

The Case of the Dancing Doge

There are Vines and Youtube videos by a user called “The Dancing Doge.”

The videos all feature a Shiba Inu named Akua, who is located in Los Angeles, California. He was a charming face, large eyes, and a talent for prancing around to certain beats.

One of the favorite videos would be the dog tapping his feet to Drake or while sashaying down the sidewalk after getting the Saturday newspaper.

As you watch the videos, the ability of the Shiba Inu to go in time with beat is pretty impressive—but is Akua actually hitting the notes, or is it just humans getting spellbound by the cute factor and thinking he is?

Do dogs and other animals have the ability to dance in time to a beat like people do?

Though the Dancing Doge is adorable, animal behaviorists and veterinarians weigh in.

Here is another example of a Shiba Inu who is ready to hit the disco:

Tap-tap-tap. It’s obvious excitement. Dogs have certain ways of displaying excitement, like hopping up on their hind legs to spin around giddily or jumping up and down. The Shiba Inu breed seems to love tapping their paws rapidly.

But other dogs breeds, like Corgis do an excited tap dance too:

Other expressions of excitement that are often paired with the cute Shiba Inu dance include:

However, when it comes to a joyful “dance,” can we honestly define it as dancing?

Sure, you can pick up your dog’s front paws and have them “dance” with you, but they aren’t really holding a beat.

Dance is a communication or expression of emotions, thoughts, and storylines in time (and sometimes not) with the external influence of a musical beat.

There has been a lot of discussion about characters like the Dancing Doge and other dancing Shiba Inu and their ability to “feel the rhythm.”

The ability to perceive a regular musical pulse or respond to auditory stimuli musically is called “rhythmic entrainment.”

As of right now only humans, elephants, whales, dolphins and certain species of birds are capable of this.

Not even highly coordinated primates are capable of matching a beat to movement, as shown by a study from 2014 that tried to get macaques to synchronize movement to music.

Even the famous cockatoo named Snowball who is known to have danced to the Backstreet Boy’s song “Everybody,” was not entirely correct in counting the beat.

Scientists predict those animals capable of rhythmic entrainment learn from sound (and vocals), giving them a sense of meter and timing.

Dogs, however, are not vocal learners. Dogs learn mainly from sight—modeling the behavior of other dogs or from those they consider part of the pack.

So if you catch your dog bounding up and down in time with the music, it may be because you’re doing the same.

I know what you’re thinking: You just told me that dogs don’t dance! I know, but bear with me.

You obviously think dancing Shiba Inu are the most adorable thing since the videos of excited Shiba Inu puppies screaming their fuzzy heads off at the sight of their favorite human. 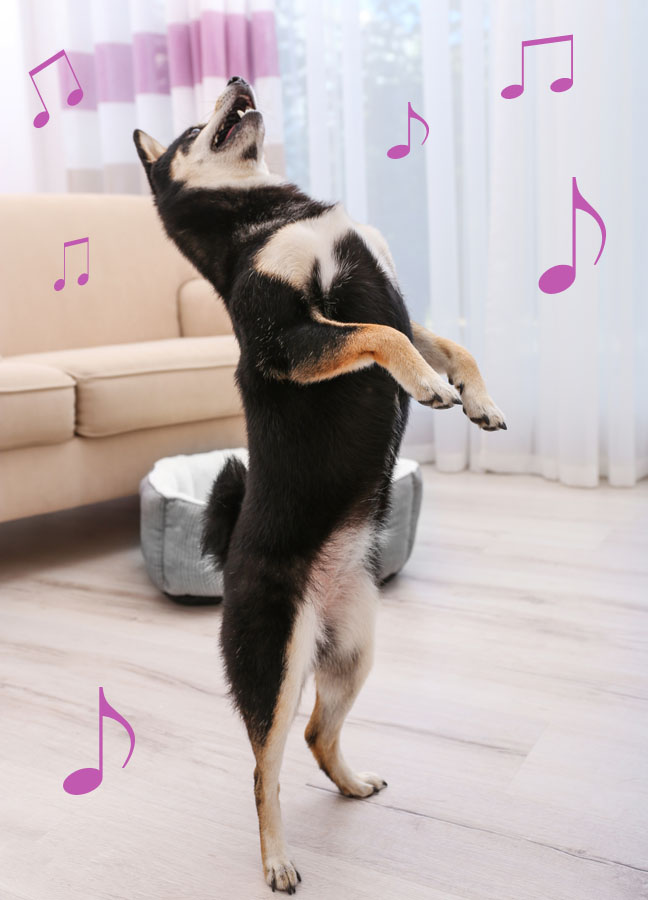 If you notice that your Shiba Inu naturally does the happy dance when you are offering something they find rewarding, you can actually bank on that behavior using the idea that dogs learn from modeling behavior and their classical and operant conditioning (as proven by the Pavlov dog experiment).

All you have to do is give positive reinforcement during the dance, such as a couple pieces of kibble or throwing the ball while playing fetch.

Your Shiba Inu will soon associate the dancing with a good result and will do it more often, simply because he or she realizes you like what you see and are responding to it.

From there, you simply have to choose music that is similar to the tapping rhythm of your dog’s feet.

Boom, you have the next dancing doge. Such rhythm, much wow.

A Word of Caution

Though it may certainly seem like your happy Shiba Inu has caught the dancing bug, a dog that acts like the floor is lava or hot sand at the beach all the time may be suffering from a health problem.

For example, their paws could actually be hurting them, either from an ingrown nail or a splinter stuck in the pads.

This is usually the case, so while amusing, make sure your furry friend is not really discomforted by something.

The other health issues that could be occurring have been brought to line by another dancing dog video found on Youtube:

In the video, you will see the mixed breed dog, possibly a stray, enter the scene as Latino music plays in the background.

On the beat, the dog does some impressive “locking” that continues until the music stops.

Then the dog wanders off, nonchalant.

A lot of watchers were astounded by the dog’s talents, while others were concerned that the dog was displaying behaviors of a neurological issue or canine distemper.

Neurological issues in dogs are quite uncommon, but that is not to say that they are immune to central nervous system disorders like epilepsy, GME, and hepatic encephalopathy, which can cause seizures, loss of coordination, and things like “wobbler’s syndrome.”

Canine distemper, on the other hand, continues to run rampant around the world and has symptoms like red eyes, high fever, fatigue, hysteria, spinal cord damage, and paroxysms.

Because of the chance your dancing Shiba Inu could be suffering from more than just a case of happy feet, if anything seems suspicious or oddly sudden, put down the recording device and get your dog to the veterinarian immediately.

The longer you wait to take care of a suspected system, the worse the actual damage can become.

So, why do Shiba Inu dance, exactly? Because they’re excited, of course! The tapping of paws has long been associated with energy and joy in dogs.

The fluffiness and expressiveness of Shiba Inu simply makes the dancing that much cuter.

The best part is that, even though the tapping is not technically “dancing” as humans know it, you may be able to get your own Shiba Inu to dance through positive reinforcement.

Just remember that not all body jerks and twitches are normal or healthy.

What do you think about dancing Shiba Inu? Does yours happen to dance?