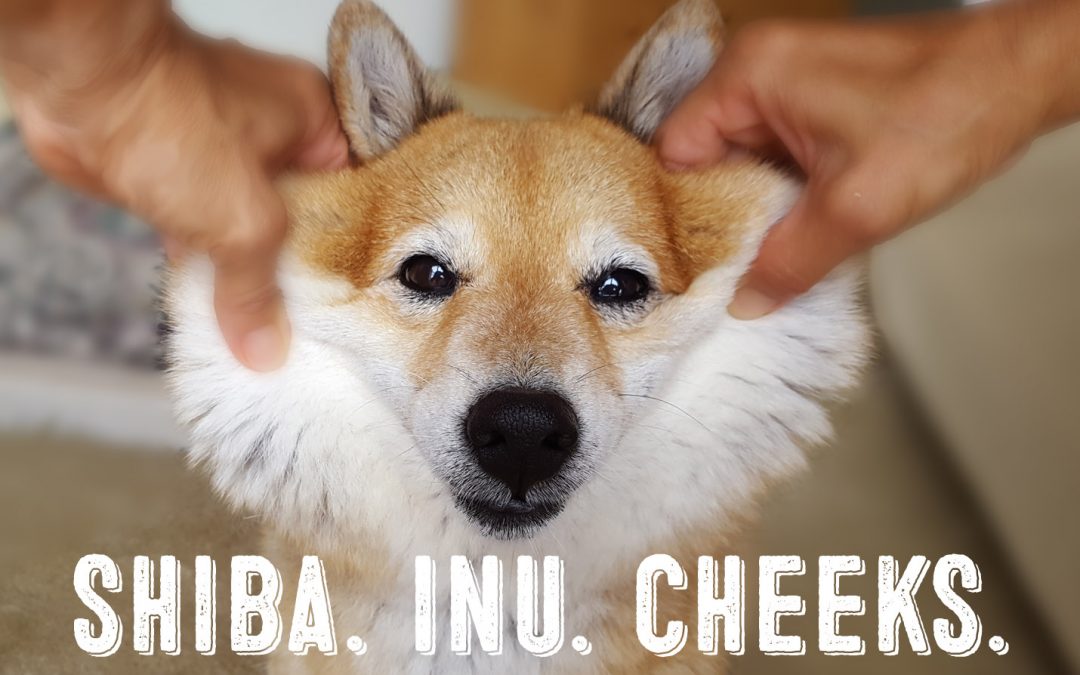 Sure, hamsters can impress you by stuffing heaps of seeds and carrots into their cheek pouches, but you can’t simply smoosh them like you can the cheeks of a cat or, better yet, a Shiba Inu!

The Shiba Inu is known for a foxlike face, expressive brown eyes, and triangular ears. One feature that is beginning to get a lot of attention in Japan, however, is the stretchiness of their cheeks.

The Japanese noticed that this stretchiness and elasticity had a lot of the same qualities as mochi - a traditional Japanese treat.

Mochi is a glutinous rice cake that is made by pounding rice down into a flour.

This tasty Japanese treat is commonly eaten as a sweet treat, though it also served in savory soups.

The phrase “mochi mochi,” has to do with the texture of mochi—somewhat gummy, dense, and at the same time, oddly malleable and light. 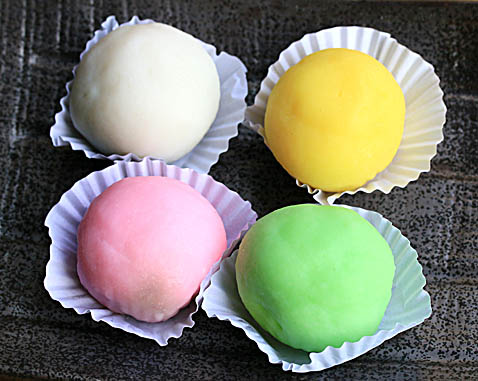 Yes, if you haven’t tried mochi, you really should.

Thus, the origins of the Shiba Inu cheek pulling phenomena, or mochi mochi, developed from the Japanese keens sense of finding things that are so so cute.

​Initially, the Japanese used the mochi mochi term to describe children's chubby cheeks. It wasn't long before they realized that animals too, have the potential to be mochi mochied!

Though the Shiba-owner who started the cheek-pulling craze in Japan is not known, there is reason to suspect they tried it after seeing all of the viral mochi mochi cat cheeks being posted on social media sites.

This quirkily cute craze has given the world the beautiful images of smooshed cheeks that look like round globs of mochi, confused expressions from the Shiba Inu, and loads of reactions, including laughter and occasional, high-pitched “kawaii!”

“Kawaii” means cute in Japanese by the way.

If you’re going to compliment your Shiba Inu for having malleable jowls, it might as well be in their homeland’s tongue.

Of course, not every attempt at grabbing and pulling a Shiba Inu’s cheeks is going to go as planned.

No matter how cute the cheek-pulling and stretching is, do be sure that your Shiba Inu is completely comfortable with you smooshing his or her cheeks like mochi.

Not Quite The Happy Cheek Pull We Were Going After...

Otherwise, as you go to take a picture, your dog may want to show some fangs instead of looking like the runner-up in the Stuffed Hamster Cheek Championship.

Also, keep in mind that not all Shiba Inus have equal cheek pulling potential.

Though the amount of skin and fur around the jowls is based off of genetics, a little extra fat around the cheeks is actually what makes the skin more stretchable. 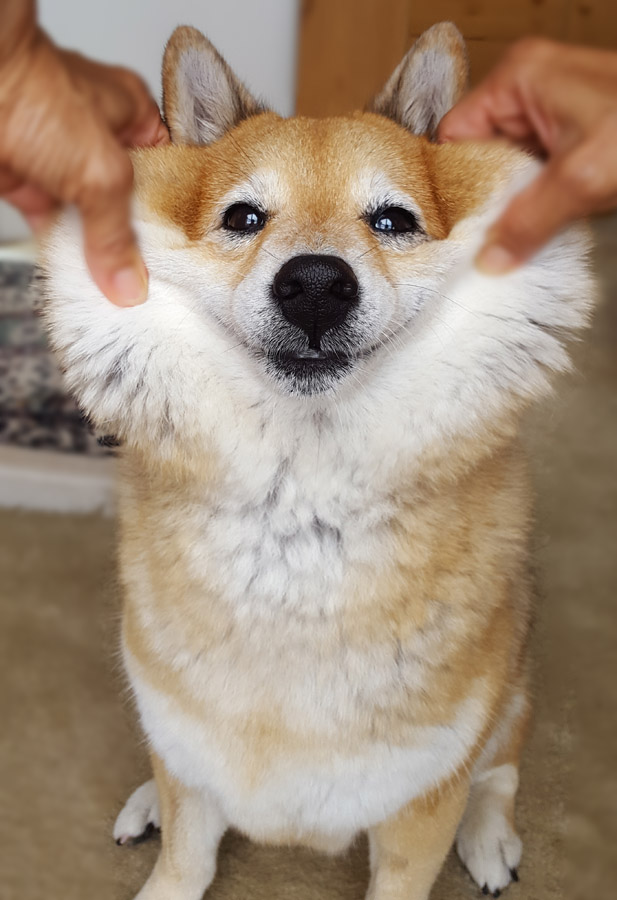 However, we would never condone you fattening up your Shiba Inu to simply pull his or her cheeks. That'd be silly.

If you want to give it whirl, use gravity to your advantage by trying the cheek-pull when your Shiba Inu is laying down.

Along with the infamous Shiba scream, the dancing Shiba, airplane ears, and of course the DOGE - Shiba Inu cheek pulling is yet another highlight of the awesomeness of this quirky dog - or doge.

What do you think? If you come across Shiba Inu cheeks are you going to try it?