Are Shiba Inus Hard To Train? 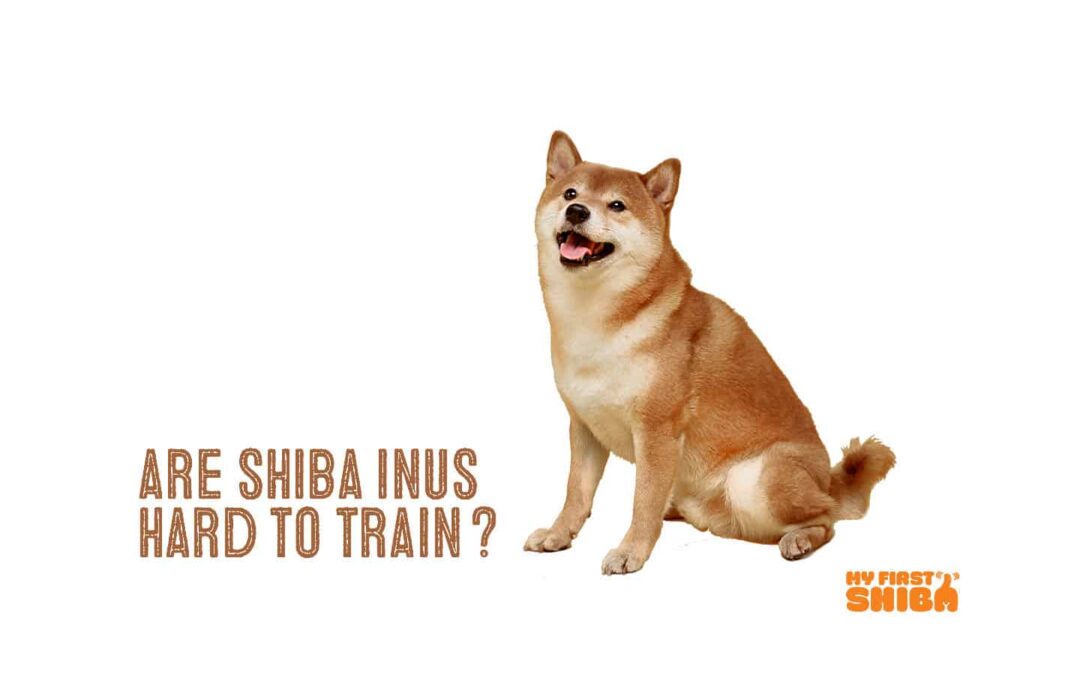 Shiba dogs have a reputation for being stubborn, willful, and hard to train.

And well, they earned that title - because usually, they are.

However, Shibas are not impossible to train. They can become obedient companions as long as you follow the right training protocols. 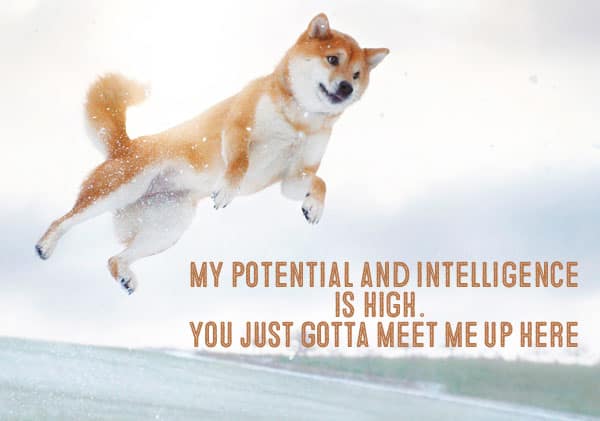 Younger Shibas are easier to train because you have complete control over their environment and boundaries during their most influential time of life.

No Shiba is too old to learn new tricks.

But when it comes to a willful breed like Shibas, the younger you can start teaching them good habits the better. That’s because Shiba Inus love to push boundaries and get set in their ways pretty quickly.

The sooner in their life, you can teach them good vs. evil, the less reluctant they’ll be to accept your leadership once they’ve already established how they like things to be. 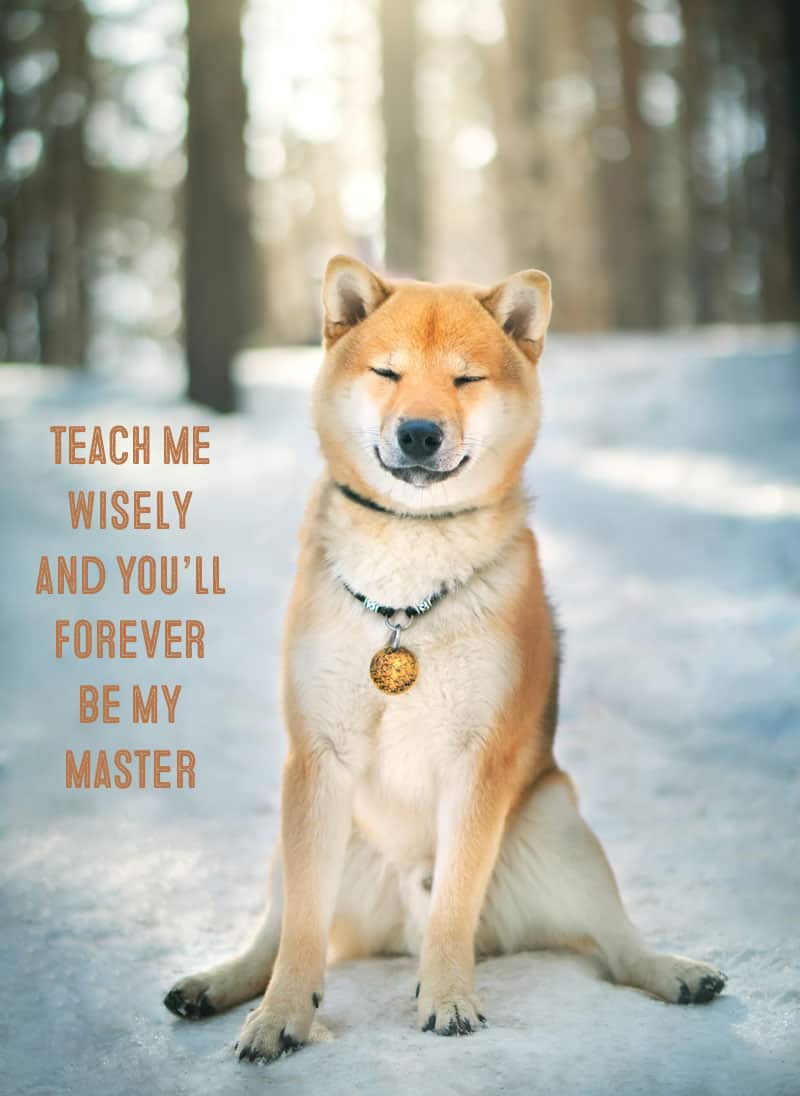 It may seem counterintuitive to use passive training methods on a stubborn breed.

But Shiba Inus do not respond well to aversive training methods such as anything that uses physical punishment.

If you do try to use physical punishment on a Shiba, they’ll likely fight back or shut down completely.

That’s not what you want, especially if it encourages aggressive behavior. 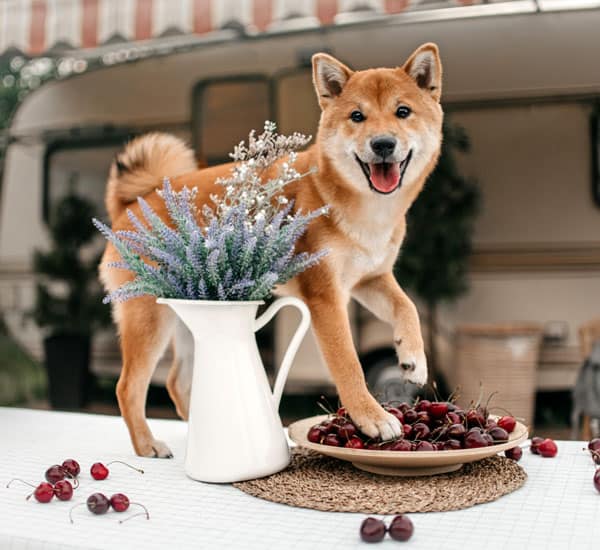 For example, if you have a Shiba whining at the door to go on a walk, even though they just rejected your offer of a walk ten minutes ago, don’t give in. Once they stop whining, reward them with a walk.

That way, they learn that kind of vocal behavior doesn’t get them the attention they want.

Are Shiba Inus stubborn? The answer to that is yes. Like other stubborn dog breeds, they are searching for a weakness in the boundaries you set so they can get what they want.

So, when you make rules for your Shiba dog, make sure you stick to them. That way, they learn you’re serious about it, and they’ll learn that resisting is futile.

Here are some rules that make a well-behaved Shiba: 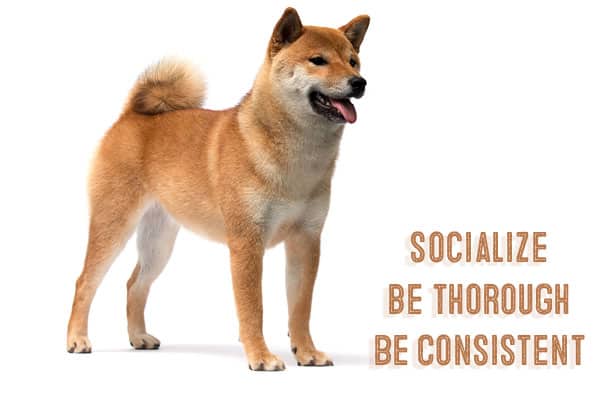 Just remember that Shibas enoy their freedom, so try not to go overboard on giving them too many restrictions all at once.

Choose carefully which rules you want to enforce because you’ll have to enforce them forever.

Socialization during the critical puppy imprint period is by far the most important task you must do to ensure a well-adjusted Shiba.

The more familiar Shibas are with their environment, the more comfortable and well-behaved they’ll be. It’s important to expose them to a variety of environments and situations - the more, the better.

Unsocialized Shibas tend to be skittish around new people and dogs. That's why it's important to introduce a young Shiba to as much people (various ages, gender, ethnicity, etc.)  and dogs as possible from early on (after proper vaccination).

Make sure to enforce good dog manners when at the dog park or a play date. Don’t let them be too aggressive or dominant towards the other dog, even if that dog is allowing it.

If exposed to other dogs and people properly, Shiba ownership can result in a happy and social companion. 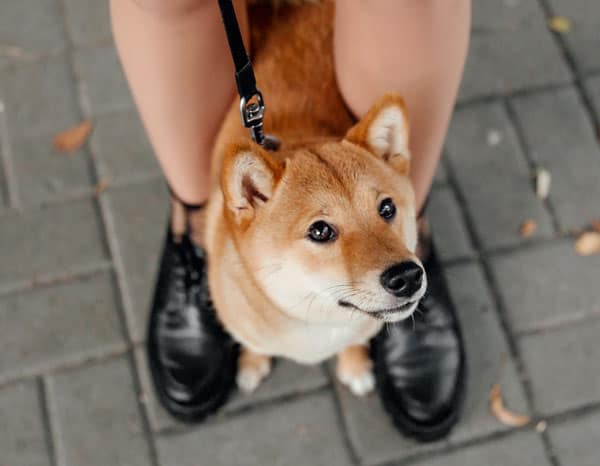 Training a Shiba Inu takes a lot of patience because many Shibas get a kick out of testing boundaries.

It can be frustrating when you’ve worked so hard to train them, and suddenly they decide not to comply.

As frustrating as it is, controlling your own emotions makes a huge difference.

Shibas are very sensitive to human emotions, even if they don’t react like humans.

If you start to feel angry at them, they’ll respond with either angry or indifferent behavior, which is counter to how you want them to react.

So, take a deep breath. If you relax, chances are your Shiba Inu will relax too.

Owning a Shiba Inu may not be easy for some of us. Yet the rewards of living with such a special dog breed is a true privilege that's hard to describe.

Training a Shiba Inu isn’t hard as long as you have the right mindset and guidelines.

As lovers of Shiba Inus, we try to give the most expert advice for training and owning a Shiba Inu. To find more tips and tricks for Shiba Inu training, visit our blog!