What The Heck is a Shibe? A Heckin Doggo? Omg… 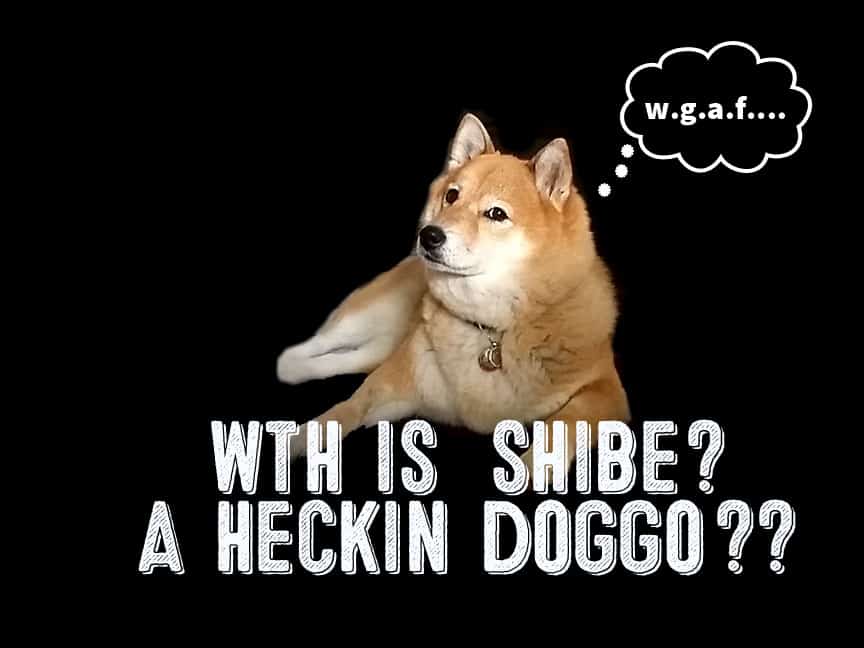 Ever since the arrival of the Doge meme, Shiba Inu have ascended from real dogs into something immortal and incomprehensible.

Shiba inu have transformed into shibes, doges, heckin’ doggos, ​Boopers, and even shibers with drincc the bepis.

This might all seem like crazy talk, but with the increase in meme popularity, the Shiba Inu breed has rose to a stardom unlike no other.

If you want to navigate the fandom, then you need to study up on the latest doge memes.

Don’t worry if you’re scratching your head and thinking, “WTH is a shibe anyway?” We’re going to walk you through the famous shibe memes.

The Origin of Shibe Memes

It all started with Doge. “Doge” happens to be a slang term for “dog” that has long been associated with Shiba Inu pictures that had been captioned on Tumblr.

The photographs of the shibe’s face were often captioned with interior monologues, like “much wow,” in the Comic Sans font.

But the word “doge” goes back much farther than that. The word was actually a misspelling from way back on June 24, 2005, during Homestar Runner’s video puppet shows.

The episode was titled “Biz Cas Fri 1,” and featured a scene when Homestar calls another character, Strong Bad, a “d-o-g-e.”

From there, “doge” took off. It wasn’t until February 23, 2010, however, that doge got a new face and identity—a Shiba Inu named Kabosu.

Atsuko Sato, the human who cares for Kabosu, posted photos of the doge on her blog. The icon photo of Kabosu sitting on a catch while giving some epic side eye with raised brows was among these uploaded pictures.

Related memes include the “cool dog,” which shows a Shiba Inu leaning against a dog house with one arm propped up, similar to the “cool guy” memes; the “What in Tarnation” meme with a shibe wearing a cowboy hat, which was originally posted by Tumblr user banjirou on January 8, 2017.

I made a shibe doge meme about Mamamia. pic.twitter.com/8YOb91a43C

The Origins of Shibe

Following the ever-growing popularity of doge came the emergence of new Shiba Inu and shibe memes. 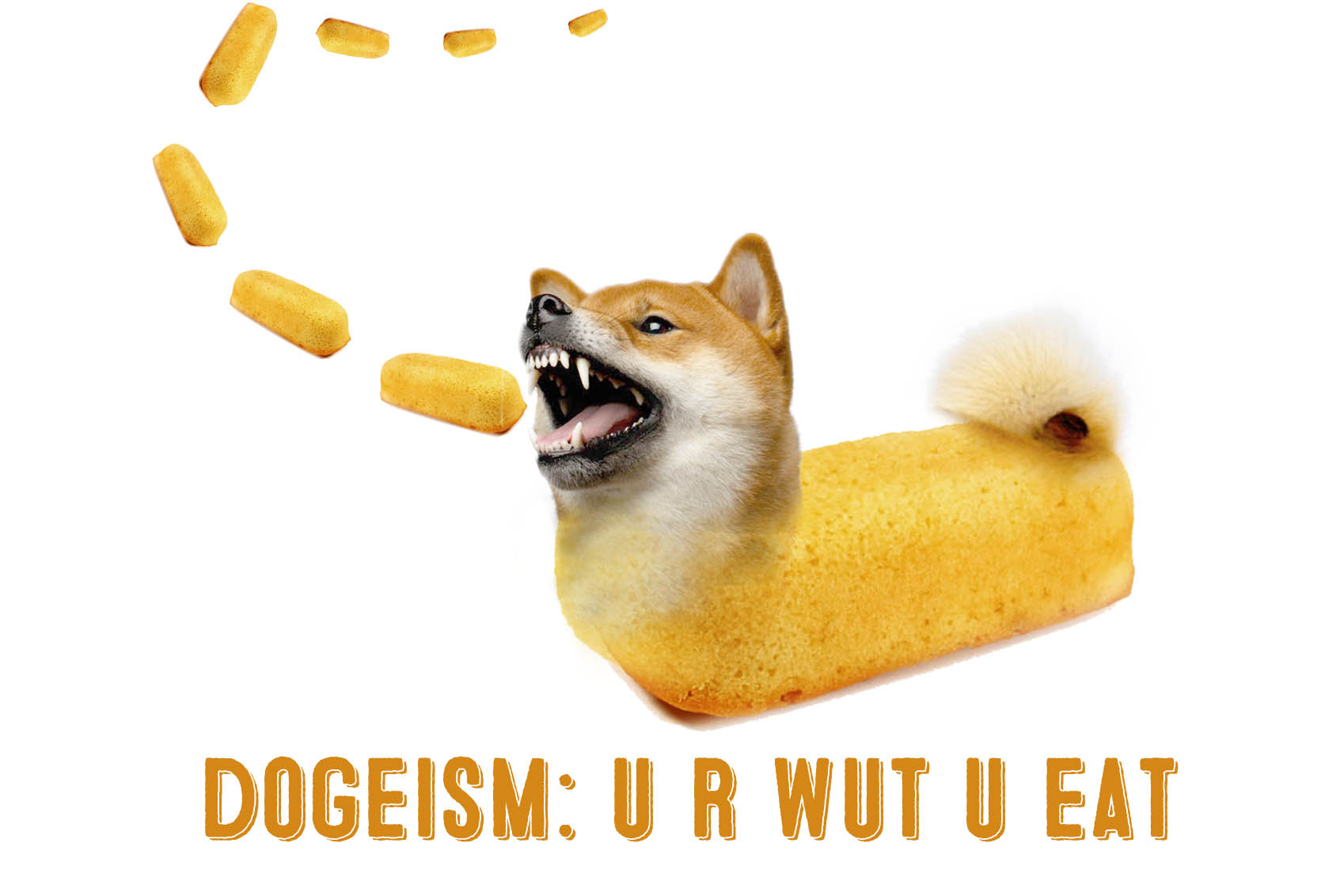 In the middle of 2012, a Tumblr blog Shiba Confessions was launched, and although the Tumblr days have come and gone, much of the memes introduced on the website can still be found floating throughout the World Wide Web.

The site featured images of Shiba Inu dogs that had interior monologue captions.

As the image style gained traction in the meme multiverse, people started referring to the breed as “shibes,” an intentionally misspelling of “Shiba,” much like “doge” is intentionally incorrect.

Since then, “shibe” has been used in both memes and daily life as a pet name or to show affection for the beloved dog breed.

Enter “Take on Shibe” by Rapid Liquid that was released in 2018, about a year ago.

The 1:08 video features some of the most viral Shiba Inu videos on YouTube (like the sneezing Shiba inu and the dancing shibe) that have been arranged with auto tune to create a musical parody of “Take on Me” by a-ha.

It’s an absolutely adorable video... Here's some of the lyrics:

“Oh, I’ll be coming for your Bepis

I’ll be a good

Now, if you’re not big into the meme multiverse, henceforth called the memeverse, you might not understand what Bepis or the Bepis Shibe is all about.

Bepis is a meme drink that is very common in many Shiba Inu memes.

Bepis comes in a blue and orange can, similar to Pepsi cola.

Bepis requires one to “have a sipp or succ of the liquid bepis, which will enable them to acquire the liquids of the beverage.

Unfortunately, the word Bepsi also originated as a male genitalia euphemism.  But, we're keeping it cute here so we're not getting into that.

Because of its delicious taste and high moisture content, Bepis is a common target for Scronching.”

Within the memeverse it is known that Shibers, a meme variant of Shiba Inu, love to drink Bepis. Proof of this comes other viral videos called “How It Feels To Drink Bepis” and “Beach Doggo.”

When you search for shibe memes, you will most certainly come across those featuring a shibe or doge and the word “heck” or “heckin’” or “hecking.”

But where did these interior monologues come from, if not the doge meme?

Well, it turns out that the hecking doggo memes are a variant of the “snek me​me.” The images are often paired with interior monologues that omit prepositions or words.

Additionally, “heck” is often the only form of profanity, such as “Gosh heckin’ darnit, Karen, why you do dis?”

“This is Snek” began as a subreddit (/r/snek), but the earliest example was posted on a Facebook community “Snek” in October 2015.

Other examples have appeared since then throughout sites like FunnyJunk and Imgur.

A favorite continues to be the image of the snek saying “Pls, no boop do NOT.”

And once the boop has happened, the snek goes, “gosh HECKING darn it.”

Now, there are some crossovers, included the “bamboozled” memes with shibes, such as an image captioned with “HECK FREN THIS SPINER IS DOIN ME A BAMBOOZLE.”

Surprisingly, these bamboozled memes usually feature the bepis doge, especially when two brands are being compared, like Pepsi versus Bepis or name brand versus generic.

Will Shiba Inu memes continue to dominate the internet?

Only time will tell.

But one thing is for certain, the goofy and lovable breed has captured the hearts of millions across the globe; and with memes continuing to be liked and shared, it’s only a matter of time before another hecking cute doggo meme appears!