Why Are Shiba Inus So Kawaii? 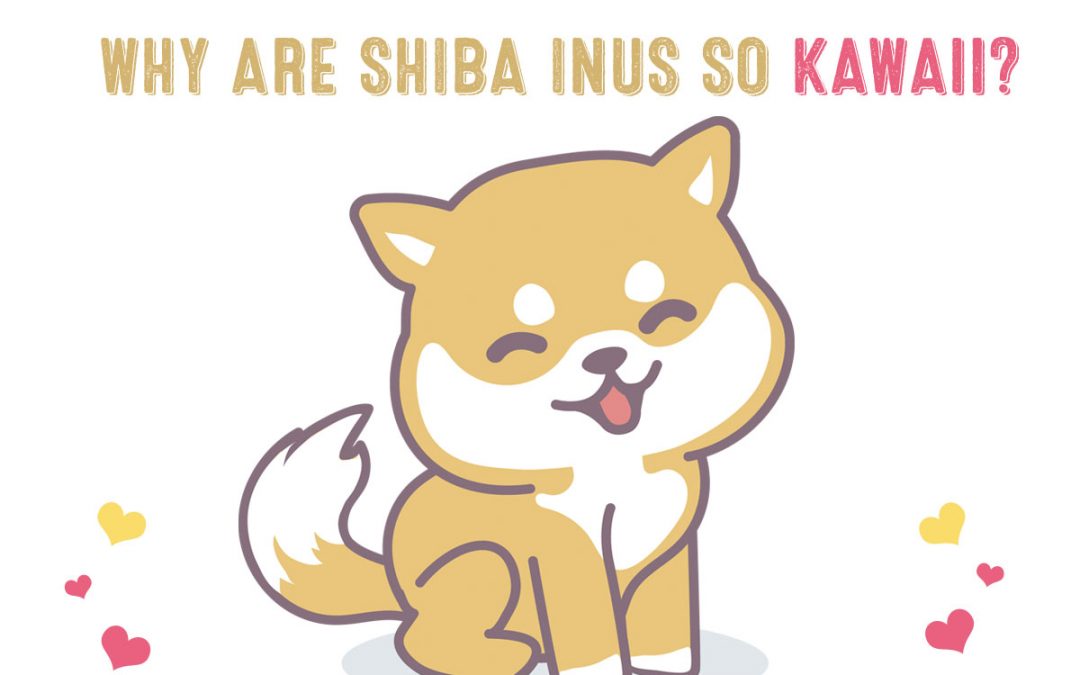 In the English language, you might say a Shiba Inu is the very definition of cute - with their large, round eyes and meme-worthy antics.

But in the Japanese language, Shiba Inus are often called “kawaii.”

Kawaii is often translated as simply “cute,” but there is so much more to the word that “cute” quickly becomes a poor substitute. 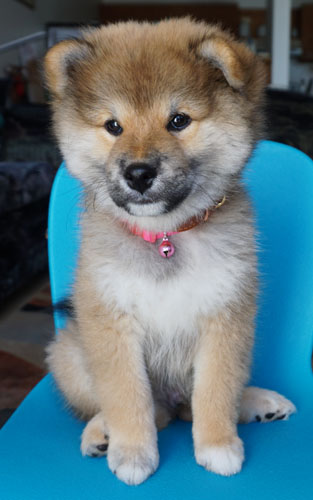 Kawaii has history, cultural affiliations, and it describes a Shiba Inu so much better than “cute.”

Why are Shiba Inu so kawaii?

Let’s find out. (It's a long read on the history of Kawaii, so feel free to skip to the bottom if you just came for Kawaii Shiba.)

Kawaii is no different.

The original definition of “kawaii” has nothing to do with cuteness. In fact, it wasn’t used with positive connotation at all. In “The Tale of Genji (源氏物語)” by Lady Murasaki, you can see the predecessor of kawaii as “kawaisou (可哀想).”

Though still used today, kawaisou has no connection to the meaning of kawaii.

'The Tale of Genji', the world’s first novel penned in the 11th century, is now being translated from its original #Japanese form into Urdu in #Pakistan and is expected to be completed by the end of 2018: https://t.co/ARxQl9FQmX #urdu #bookworm #Japan #literature pic.twitter.com/bMzxYioRCm

During the influx of neo-Confucianism during the Shogunate period of Japan, women were included under the definition of “kawaisou,” for they went from being considered atavistic and instinctive to docile and submissive.

The second root of kawaii is “kaohayushi (顔映し),” which can also be read as “kawahayushi (かわはゆし).” The meaning was “red-faced” or “embarrassed.”

These two readings have existed since the late Heian period of Japan and is considered archaic today. Yet, the word even appeared in the comprehensive Taisho era (1912-1926) dictionary and was defined as “shy, pathetic, vulnerable, lovable, and small.”

Talk about a confusing word!

The transition is easiest seen through the modern day spelling of one of Japan’s most popular adjectives.

Most commonly written in hiragana as かわいい, the word also has the Chinese characters 可愛い affixed to it. The first kanji is 可, which means “capable” or “potential.” 愛 means “love.” Thus 可＋愛 means “lovable.”

Obviously, kawaii has retained the more pleasant side of kawahayushi. 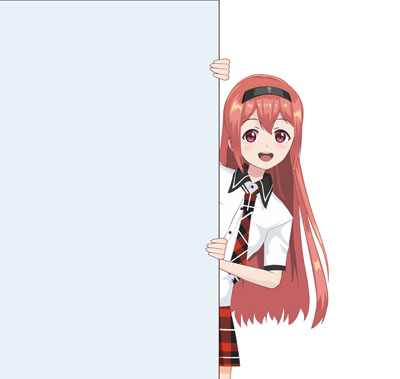 Kawaii On a Timeline

But when did kawaii first begin permeating Japanese culture?

The first traces of the word can be found being used to describe ukiyo-e woodblock prints that depicted beautiful people during the Edo period (1603-1868).

However, kawaii didn’t take off until an artist named Takehisa Yumeji started creating endearing illustrations of young women and children in the early 1900s.

"He who shall hurt the little Wren
Shall never be beloved by Men" William Blake
(illus. Katsuji Matsumoto) pic.twitter.com/ucGouBw3S2

Now, remember how the definition of kawaisou started to change as the idea of women began to shift?

There is some connection to the artistic style developed by Takehisa Yumeji as well, for his works combined Eastern and Western elements.

For example, though round eyes were once considered vulgar, Takehisa used them in his drawings; and he even used kawaii to describe his own subjects.

His work would go on to inspire Matsumoto Katsuji, the supposed founder of the shojo (young girl) genre, during the Showa era (1926-1989).

However, it was during the 1970s and 80s that the real shift in kawaii began.

Women started creating more shojo manga, drawing the attention away from male authors. These female authors concentrated on creating the same style of character—big, round eyes, charming appearance, yet an unwavering inner strength and purity—that started with Matsumoto.

The rise of kawaii in culture during the 1970s could also be seen in the way people, mainly young girls, wrote.

The emergence of mechanical pencils and lateral writing enabled people to create slimmer characters, which is the exact opposite of the lines created by traditional writing methods in Japan.

Thus, girls were able to play around with their handwriting, add small characters and other elements that made the text cute but also hard to read.

Schools banned kawaii handwriting, but in the 1980s, magazines and other advertisement-based corporations adopted the writing style to target young girls and women.

By the late 80s, this kawaii form of writing was known as round writing or “maruiji (丸い字),” kitten writing or “konekoji (子猫字),” or even fake child writing a.k.a. “burikkoji (鰤子字).”

The appeal of kawaii handwriting was so successful, brands banked on it further to introduce cute merchandise like Hello Kitty, Aggretsuko, and Gudetama—all of which appeal to audiences of all ages.

How are these perpetually popular characters marketed?

The Cultural Significance of Kawaii

For those who know a little something about Japanese culture, kawaii is dominant in more than one component of society.

Since written language is often considered the cornerstone of cultural identity, you can begin to imagine how kawaii has affected the overall structure of Japanese society and psychology.

Cuteness is more acceptable over beauty and refinement most of the time, for “cuteness” plays into harmony / innoncence more than beauty, which can be sharp, inflexible and shallow.

So deep is the love of kawaii in Japan that Kurita Nobuyoshi, a famous sociology professor from Musashino University, has said that kawaii is a “magic term” encompassing everything acceptable and desirable in Japan.

This is why the Japanese favor roundness, softness, harmonization, and conformity.

What a turn the rigid and upright samurai nation has taken!

Yet, while there is still the air of feudal mannerism in the bowing and formalities, kawaii is at the heart of everything in Japan.

In fact, cuteness is suitable for both men and women.

Round eyes, childish faces, innocence, and youth are all favorable. 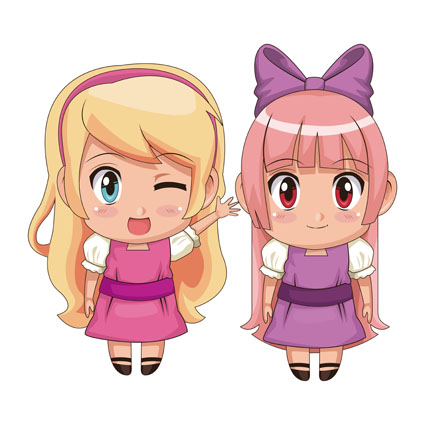 Though kawaii is at the forefront of female fashion, men who choose to dress up as women or shave their legs are not scorned.

One glimpse into kabuki plays, okama culture or visual kei band members, and you will find yourself surrounded by men all convincingly dressed up as women.

Gender-bending, cross-dressing, and kawaii has flourished in Japanese culture—and it will continue to do so, even as fads come and go.

Cute in Japan is more than frilly pink things. What Western civilization assumes is cute doesn’t even breach the surface of kawaii in the Land of the Rising Sun.

Here’s some examples of kawaii:

Any of these adjectives can be incorporated into fashion and merchandise.

For example, there is lolita fashion, decora, and more. 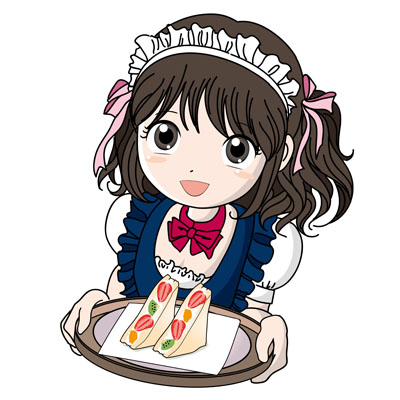 "Ero-Kawaii" An example of a Kawaii Maid

Just as many people have accepted kawaii, there were other movements, such as ganguro, that tried to change the standards. And while these trends will fade and change overtime, the overreaching element of kawaii will continue to live on as society is reshaped and redefined.

So now that we have reviewed where the word kawaii comes from, as well as the connection kawaii has to Japanese culture and psychology, you have to be thinking to yourself, “So why are Shiba Inu so gosh-danged kawaii?”

The answer might be evident to you already, but let’s take a moment to review what kawaii truly means.

The meaning of kawaii:

As you can see, the breakdown of words used to define kawaii can also be used to describe the personality of our favorite dog breed, the Japanese Shiba Inu down to a T.

Perhaps it is because the Shiba Inu is such a part of the history of Japan that the very appearance and personality of a Shiba Inu reflects kawaii.

Think back to the beginnings of the actual word kawaii and the original affiliation with shojo manga characters.

Kawaii was used to describe round eyes, adventurousness, inner fortitude, and self-confidence.

Then, as the word evolved during the 70s to aid children and teenagers in expressing themselves, kawaii became the very essence of Japan’s spirit, called wa (和), which is rooted to “peace and harmony.”

What is round, symmetrical, yet fully capable of expressing itself in a simple manner? 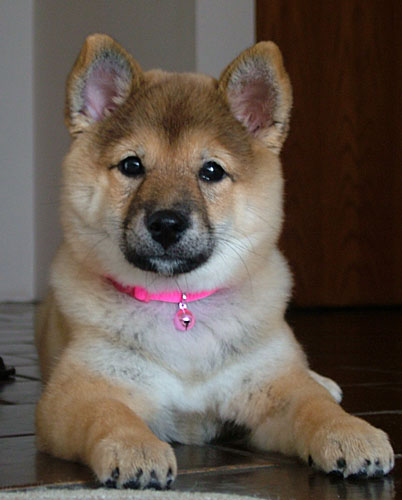 Yes, you guessed it, a Shiba Inu.

The curling tail, the slightly rounded tips of the eyes, circular eyes, and mochi-mochi cheeks all fit into the physical descriptions of kawaii.

​According to the breed standard, the Japanese call these naturally good looks “soboku (素朴).”

The bold, strong-willed, and stubborn warrior – It’s the Shiba Inu M.O. to never give up and never surrender when they want something. This also amounts to a rascally intelligence that can either get them into trouble or help them out of it. 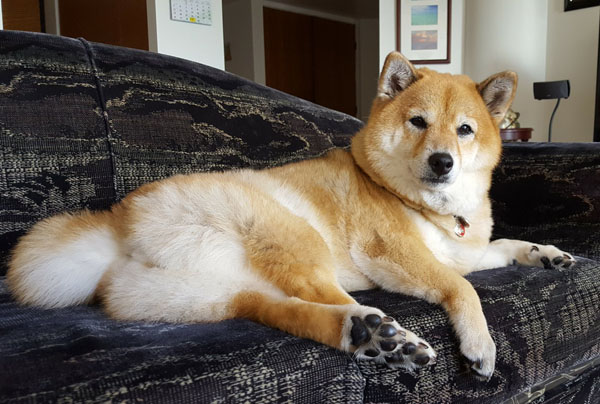 The loyal, ever-protective watch dog – Shiba Inu are fiercely loyal to their family and will do their best to guard them. Or, at least, alert them. Yet, that protectiveness can quickly shift to aggressiveness should the Shiba Inu not be properly socialized. 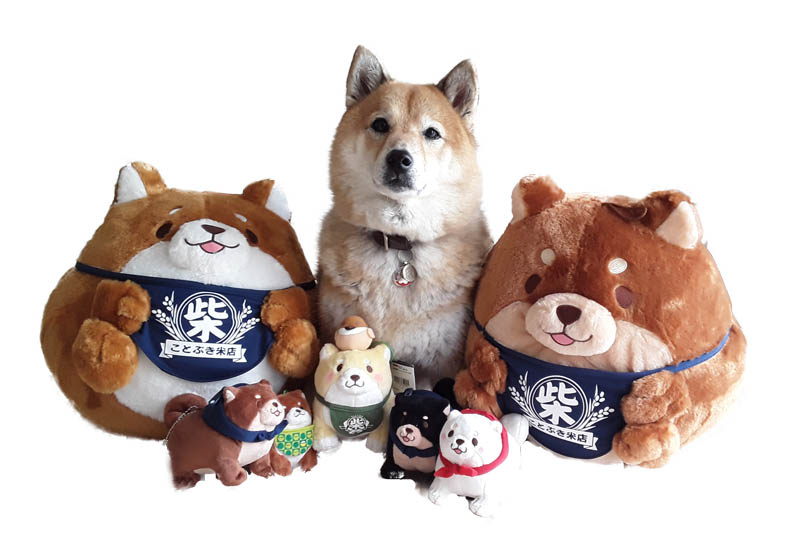 The trouble-making drama queen (or king) – For those with experience dealing with Shiba Inu affairs, you know that this breed can go from superhero to super villain in the blink of an eye. Shibes at their worst are like children throwing temper tantrums. They will literally scream and carry on until they get their way or calm down.

Sure, this isn’t all harmonized, acceptable, submissiveness, but the quirks of the Shiba Inu are all parts kawaii wrapped up in a double-coated, foxy package.

Shiba Inu are loud yet quiet.

They are loyal yet independent.

Shiba Inu are the black and white of the animal world, the perfect combination of canines and cats.

Thus, you get the intensely deep personality of the Shiba Inu.

The dancers, singers, screamers, escape artists, kings and queens—Shiba Inu are the kawaii characters of the dog world.

So, why are Shiba Inu so kawaii? 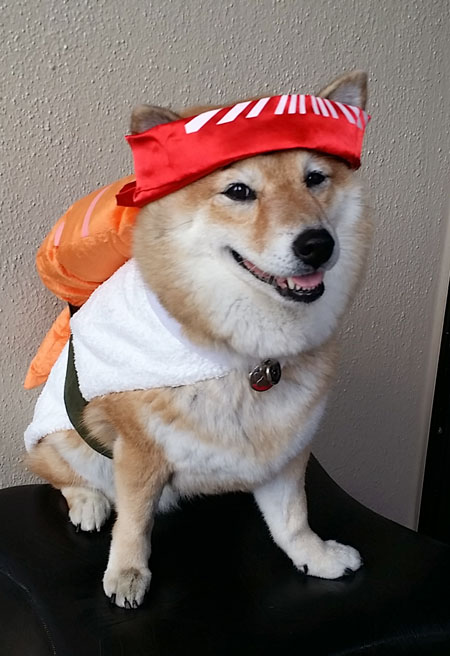 Because they personify the very definition of the word.

Kawaii has undergone such a transformation throughout the years.

Originally stemming from a word that means “pitiable,” kawaii is now a worldwide cultural phenomenon that encompasses the entire meaning of Japanese lifestyle and psychology.

Kawaii is Japanese people and even Japanese dog breeds, such as the Shiba Inu.

The round eyes, face, and expressive eyes of the Shiba Inu, as well as the multi-faceted personality of the breed personify “kawaii” from every angle.