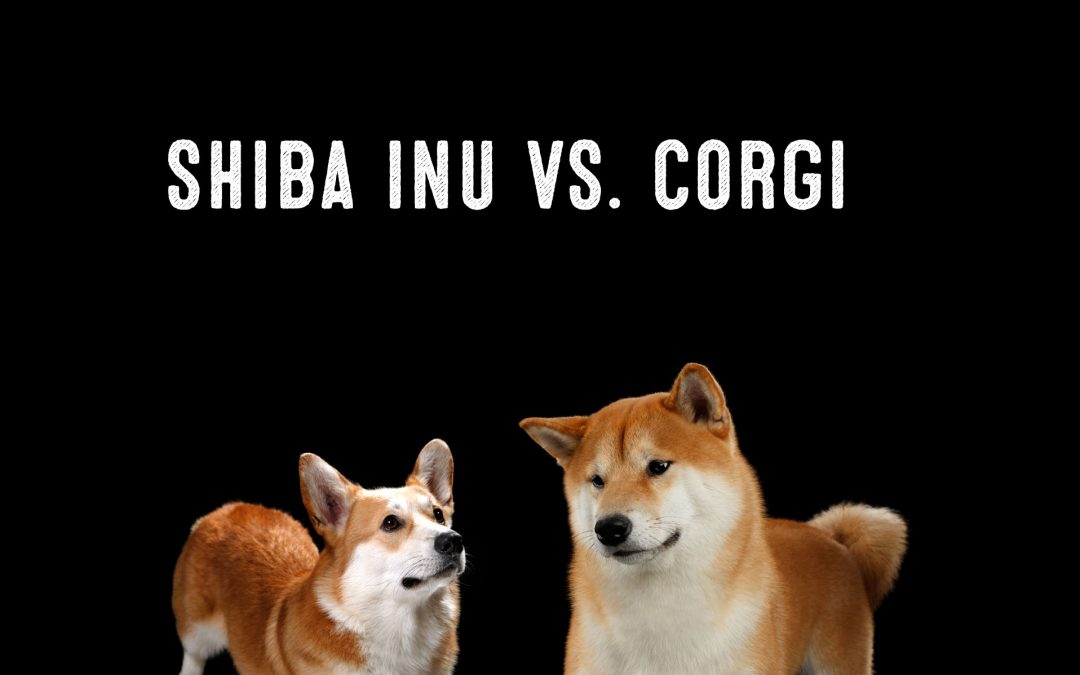 What a dilemma! A Shiba Inu? A Corgi?

Sure, they are both compact, have fuzzy bums, and shed everywhere, but the differences between Shiba Inu and Corgis make the breeds seem like night and day.

Shiba dogs are much like cats, are expressive, have mochi-mochi cheeks, are fox-like and great at making memes.

On the other hand, Corgis are the favorite breed of the British Queen Elizabeth, are super friendly, a-dork-able, and energetic.

A comparison between these two wildly popular breeds is much like the clash of titans.

Which dog is better, though? Let’s attempt to figure this out.

There are many Corgi types within the breed, such as Pembroke Welsh and Cardigan Welsh, but there is only one kind of Shiba Inu.

That said, the differences in Corgi traits are minimal, so whichever kind of Corgi you get, you know the personality, body size, and coloring are going to be rather predictable.

Corgis (both the Pembroke and Cardigan) were developed using a number of dog breeds including the Chow-Chow, Finnish Spitz, Elkhound, Keeshond, and Pomeranian.

Other names for the Corgi consist of the Welsh Heeler, Pembi, Ci Sodli, Ci Sawdl, or simply “the Pembroke” or “Cardigan” depending on the breed. Interestingly, the “cor” in Corgi means “dwarf” in Welsh. 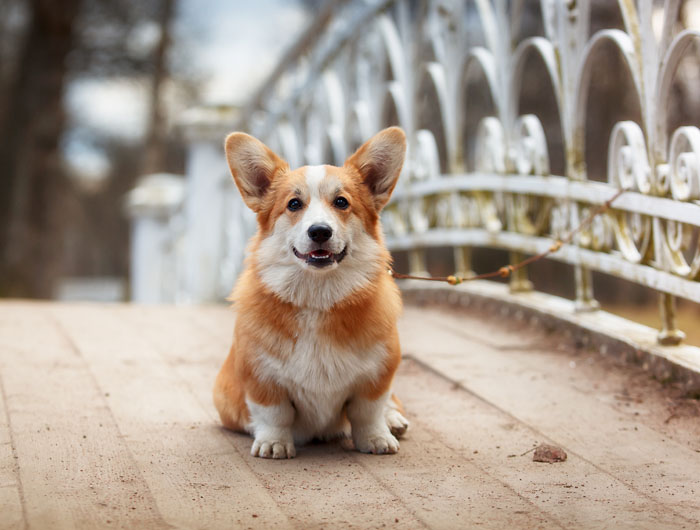 Both originated around the 12th century in Wales, making the breed around 3,000 years old.

For more than 70 years, Queen Elizabeth II has championed the breed. In 1934, the American Kennel Club recognized the breed as a member of the Herding Group.

As for the Shiba Inu, a native and ancient breed from Japan, is also called the Shiba Ken, Little Brushwood Dog, the Japanese Turf Dog, Little Turf Dog, or simply “Shibe.”

The Shiba Inu is the smallest and most beloved of all Japanese native breeds - and is growing in popularity outside of Japan as well.

An interesting note is that the Shiba Inu breed is most closely linked to wolves from a genetic standpoint, meaning they may be one of the oldest domesticated dog breeds in existence.

During WWII, the Shiba breed suffered tremendous losses and nearly went extinct. Fortunately, the breed was brought back using the three surviving bloodlines: San In Shiba, Mino Shiba, and the Shinshu Shiba Inu.

The Shiba Inu was recognized by the American Kennel Club as a breed in 1992 as part of the Miscellaneous class. Now, it is a full member of the Non-Sporting Group.

For Corgis, the average life expectancy is 11 to 13 years.

Shiba Inus have an average life expectancy of 12 - 15 years.

Corgi health concerns are as follows:

A male Shiba Inu usually stands around 14.5-16.5 inches tall and weighs around 23 pounds. Females are slightly smaller, by an inch or so, and usually weigh around 17 pounds. 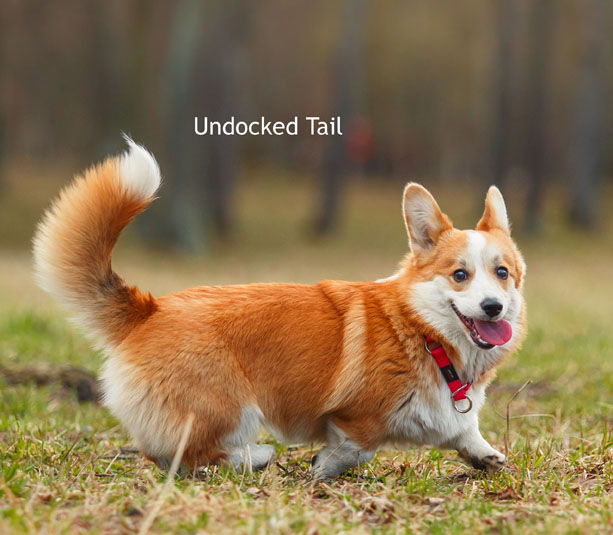 Male Corgis typically weigh around 24 to 27 pounds. They stand around 10 to 12 inches in height.

Females don’t vary that much more from the males and are often the same size. According the certain breed standards, a Corgi should be 40% longer than tall.

In short, the Corgi is longer and heavier than the Shiba Inu, who stands several inches taller.

​Corgi owners should be mindful of their Corgis weight and ensure that they receive a good diet to maintain a healthy weight.

​Winner - Shiba Inu. The Shiba Inu is an overall sturdier breed that has less health issues than Corgis.

This double coat, however, is often the cause of “blow” coat season, which is like a pillow exploded all over your furniture, but it’s your dog's hair doing the damage.

The Shiba Inu is a typically fastidious dog that doesn’t smell as much as other breeds.

One thing that makes a Shiba Inu stand out from the crowd of other doggos is the overall expressiveness of their faces.

Shiba Inus are the masters of getting us humans to bow down to their every need simply because of their cuteness.

On the other hand, Corgi have dense, rough coats that are thick and water-repellent, making them relatively low maintenance.

The colors of their coats range from red, sable, fawn, tan, and usually come with white markings.

All Corgis have thick ruffs around the neck, chest, and shoulders. There is also a marking called “the fairy saddle on the back,” which is caused by a change in direction of the hair and thickness. 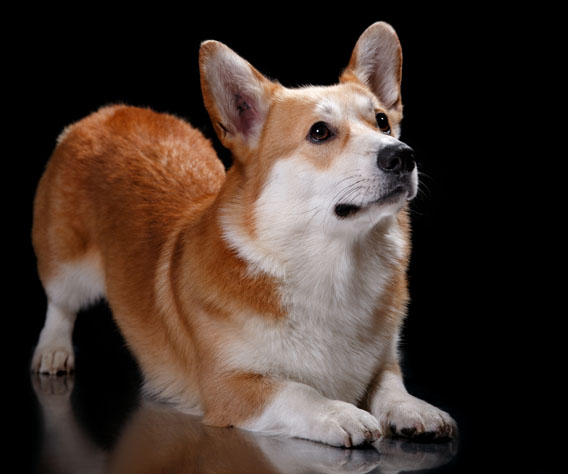 According to legend, fairies rode on the backs of Corgis.

Corgis have large, bat-like ears that stand atop the skull. Eyes are round, dark, and have black rims. Corgis also have black noses.

The Pembroke Welsh Corgis have straighter legs than their Cardigan cousins.

Typically, Corgis will have their tails docked, but if you’re lucky enough to see a Corgi undocked, they have the fuzziest tails ever (and kind of resemble a Shiba Inu).

Although both Shiba Inus and Corgis are awfully cute in different ways, this win goes to the Shiba Inu.

While Corgis have a sort of "goofball" cuteness, Shiba Inus are simply r / aww cute.

Shiba Inus also have a naturally well-balanced body structure that give us a glimpse of what nature intends a dog to look like. 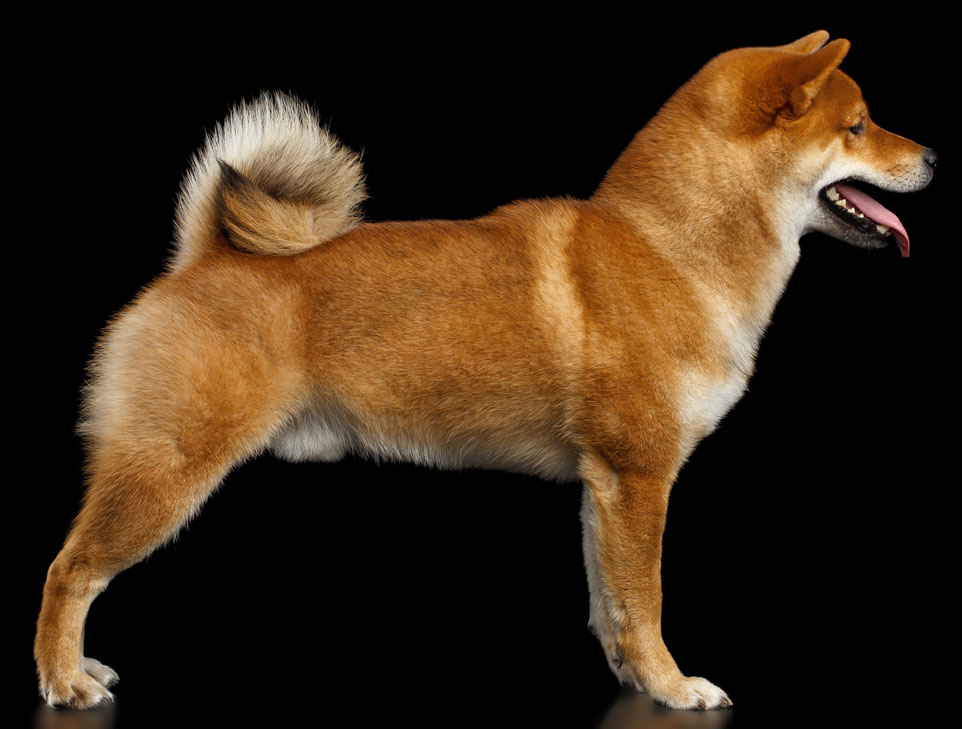 And Shiba Inu puppies? The cuteness level just skyrockets there.

However, since Corgi’s don’t require much maintenance as a Shiba Inu, people who are looking for minimal shedding throughout the year may be better off with the Corgi.

That said, both dogs do require brushing of teeth and coat, as well as routine veterinary check-ups to ensure optimum health.

Though Corgis and Shiba Inu are small, both pack a lot of personality inside their little bodies.

Corgis, to start, were originally bred to herd cattle and hunt rodents around Wales, in the United Kingdom. Thus, they are sturdy dogs that take whatever role they are given quite seriously. 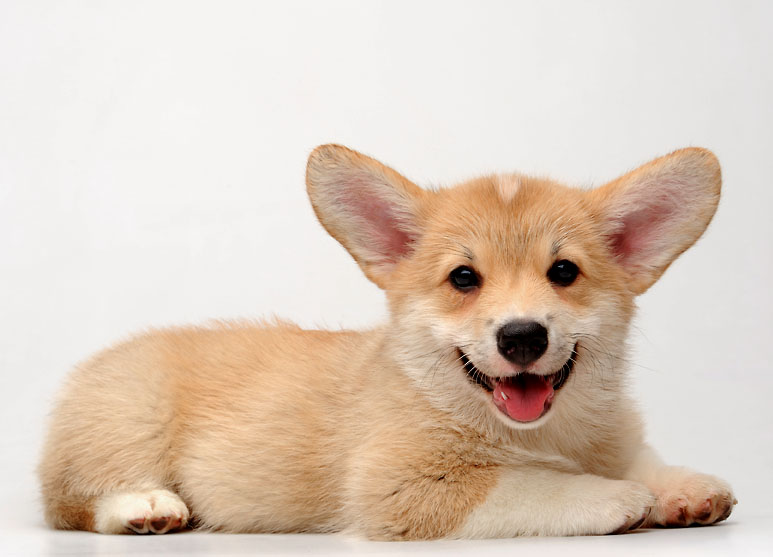 In present time, the Corgi is not so much used for herd cattle, though they do have places on farms and ranches.

Most people prize them as family members now. Corgis are wonderful with other pets, are reliable watchdogs, gentle with children, and can be both clownish and introspective all at once.

In the other corner, the Shiba Inu contender can be a bit stand-offish almost to the point of being conceited.

Think of owning a Shiba Inu as akin to owning a cat that “likes you,”but won’t necessarily show it.

You need to commit to these dogs, because they require a confident, calm and patient owner who can deal with their “Shiba attitude.”

While Corgis are generally good with young children, Shiba Inus don't quite share the same enthusiasm.

They are not known to tolerate young and rowdy children. They do better with older children and experienced dog owners who know how to handle their needs.

Winner: Both breeds have their unique quirks that make them amazing pets. Both are medium-sized, are not too heavy, and are wonderful watchdogs.

The Shiba Inu oftentimes gets a bad reputation for being prone to hostility. These are dogs that need to be properly socialized from a young age in order to become amazing companions.

You also have to be aware that Shiba Inu will chase things--cats, people, rodents - as it's in their blood to flush and hunt.

The Shiba Inu can also be possessive of their toys, food, and other belongings--like small children.

For example, if a child goes to take the toy and play with it, this might spark the Shiba Inu’s aggression, which might cause snapping and growling.

Another common issue with Shiba Inus is separation anxiety.

Should a Shiba Inu be left alone without adequate exercise, he or she may resort to destructive patterns such as barking, Shiba screaming, and chewing. 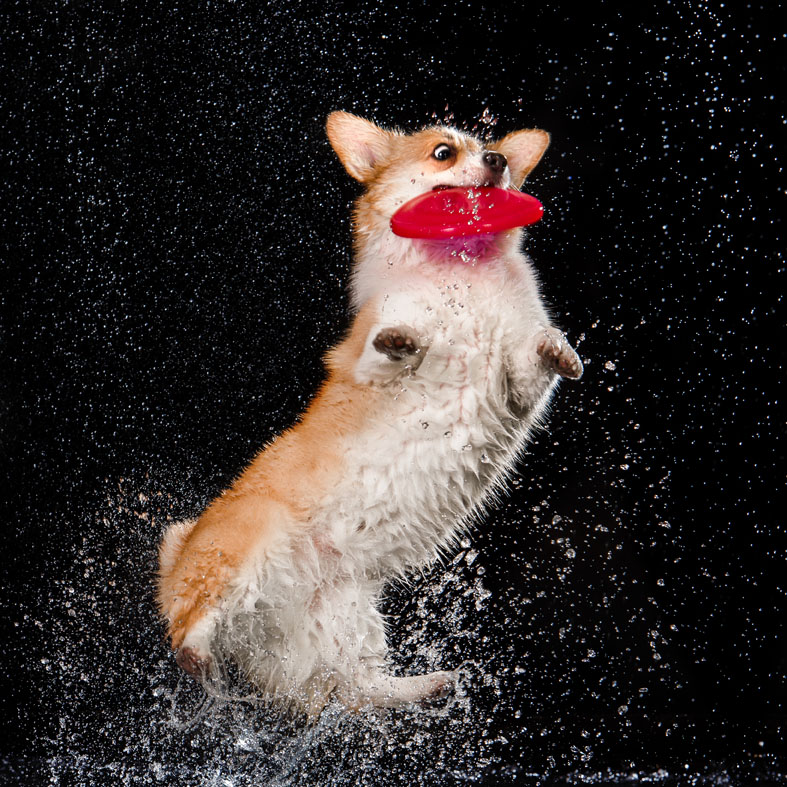 On that note, the Corgi is quite similar when it comes to various behavioral traits.

Corgis too, need a fair amount of socialization, otherwise they may nip hands.

When left alone for long periods of time, Corgis may start to bark (which they do quite frequently anyway).

In terms of children, Corgis may start “herding” little ones and nipping at their heels to get them to do what they want. Always supervise playtime with small children and these two dog breeds.

This was an easy choice.

Corgis have much better attitudes than Shiba Inus. They are more affectionate, friendlier, and easier to train to "play nice."

Shiba Inu are low to medium energy dogs. As adults, they don’t particularly like excessive playing or walking. 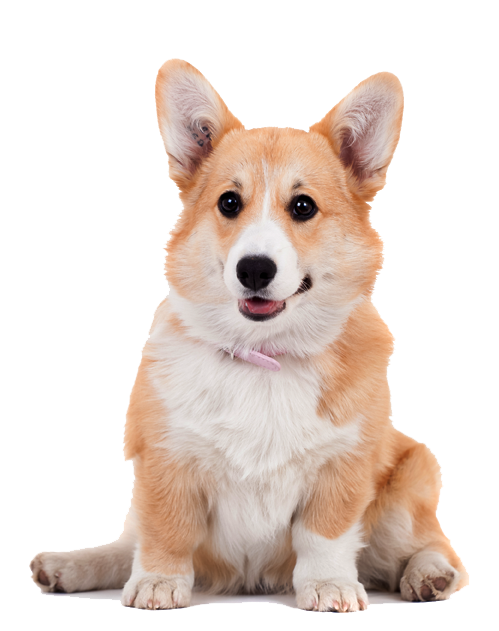 However some Shiba Inus, especially younger ones, do love action.

Both Shiba Inus and Corgis would make fine apartment dogs.

Also, where a Corgi would be in their glory at a dog park, a Shiba Inu would much rather bask in the isolation of a fenced in backyard and a few balls to chew on.

The Corgi may have high levels of energy like a Shibe (common nickname), but they are also smaller dogs that don’t require hours upon hours of activity.

Further, Corgis are highly adaptable to wherever they can call home.

What these dogs truly need, however, is mental stimulation.

A Corgi that cannot use their mind can become destructive.

Since Corgis have such strong personalities, they often seek to be in charge and will resist being trained by someone bossy.

Needing to do things on their own time is a requirement, it seems. On the flip side, the Shiba Inu mirrors a Corgi’s need for independence but is twice as assertive. 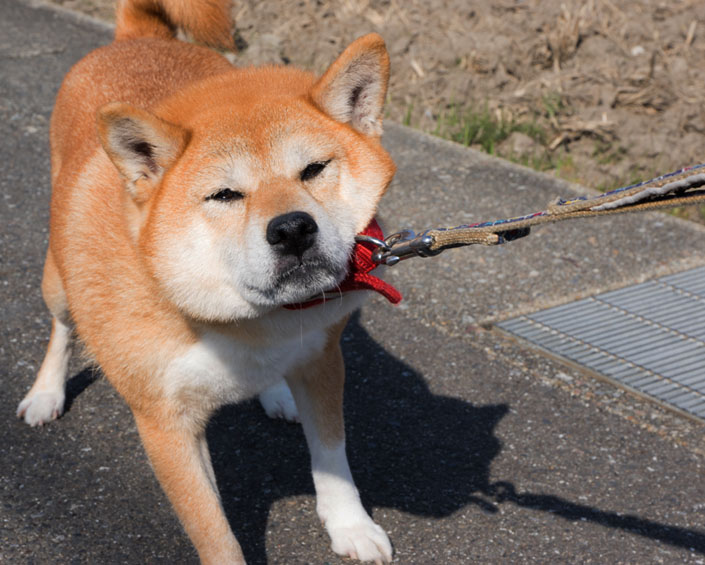 If you want to be the pack leader of a Shiba, you have to earn your place as alpha.

Harsh reprimands will annoy these dogs and training progress will halt. 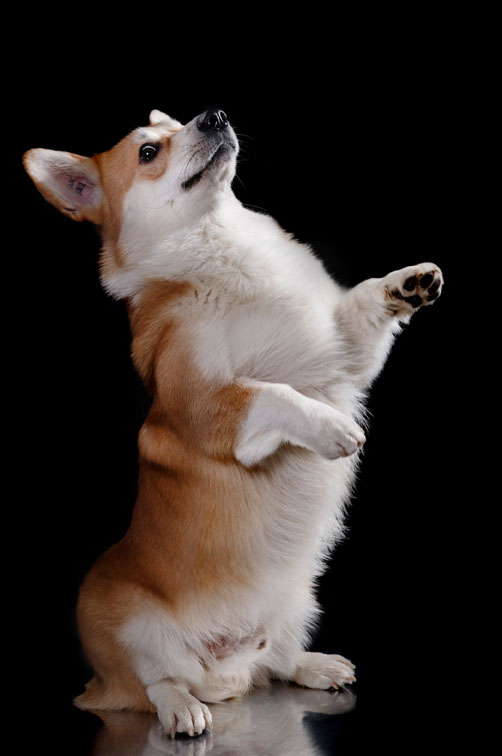 As a whole, Corgis are much more friendly towards humans and animals. They do not require as much socialization as Shiba Inu do when they are young.

Should a Shiba Inu not be introduced to certain animals, other dogs, and strangers when they are little, then they will be ill-behaved or even aggressive later in life.

​Corgis, much more than Shibas, want to please their owners - so training a Corgi is easier than training a Shiba Inu.

Shiba Inus are a bit less hyper than Corgis and have less stringent exercise needs. They are however, harder to obedience train and socialize.

In the end, the only person who can decide which dog breed is better is you!

Shiba Inu and Corgis both have their advantages and disadvantages that can either make you want one or dozen or none at all.

Our belief is that you should never get a puppy if you’re only after something cute.

Choose the breed that fits your lifestyle and personality the best!

However, there is no denying that the Shiba Inu and Corgi are two loveable breeds.

Which is your favorite? Do you have any Shiba Inu or Corgi-related stories to share? We would love to hear from you.